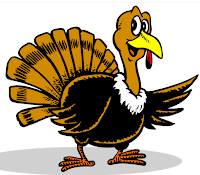 Each year, it seems that Christmas comes earlier and earlier, at least the Christmas shopping season. Almost as soon as Halloween ends, stores bring out the Christmas decorations and Christmas music is suddenly everywhere. Of course, it’s all about retail sales, the thing that drives our economy. Let’s face it - modern folks are just consumed with consumerism. In the "good old days," of course, Americans cared little about the gross national product and much more about getting together with family to celebrate Thanksgiving, right? Well, not so fast. The fact is, concern for retail sales has long been at the core of the holiday season. In fact, in the 1930s, Thanksgiving itself was moved to make way for the almighty dollar.

Traditionally, Thanksgiving was celebrated on the last Thursday of November. In 1939, that meant that Thanksgiving would fall on November 30, the latest date it could possibly be (as in 2012, there were five Thursdays that year). Since most stores at the time weren’t open as much as we modern folks are accustomed to (with “blue laws” and such), that meant there were just twenty shopping days left before Christmas. After concerns were raised about this situation by several prominent business leaders, including Fred Lazarus (right), head of the Federated Department Stores (which included both Macy’s and Bloomingdales) and the Retail Dry Goods Association, among others, and based on the recommendation of Secretary of Commerce Harry Hopkins, President Franklin Delano Roosevelt unilaterally decided to move Thanksgiving to the fourth Thursday, which was November 23. In announcing his decision in August, Roosevelt explained that there was nothing “sacred” about the date of Thanksgiving anyway, and that tradition held that the President always set the date. He soon found out just how sacred the holiday was to most Americans. 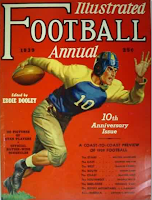 The public reaction to Roosevelt’s switcheroo was immediately negative. Alf Landon, who ran against Roosevelt in the previous election, said that the declaration was impulsive and that “more time should have been taken working it out... instead of springing it upon an unprepared country with the omnipotence of a Hitler." Most upset were college football fans and coaches. As football schedules had been set for some time to make sure that big rivalry games fell during the Thanksgiving holiday (as is still the case), many felt the change would be “a considerable headache,” and the Associated Press predicted that the plan would "kick up more clamor than a hot halfback running the wrong way." One small college football coach in Arkansas warned that "We'll vote the Republican ticket if he interferes with our football."

While the president’s proclamation only had the effect of law in the District of Columbia and Hawaii and Alaska (which were both still territories), governors of the various states started aligning themselves with the date change or ignoring it, depending on their own political leanings. In 1939, twenty-three states decided to keep the old Thanksgiving date, while twenty-two went with the new plan, derisively termed “Franksgiving” by Franklin D. Roosevelt’s detractors. Three states – including Mississippi – apparently couldn’t decide either way and celebrated both days! As split as the states were over the date change, public opinion was decidedly against President Roosevelt. In a Gallup poll taken around the first of September, a whopping 62% disapproved of moving Thanksgiving to the earlier date.  Roosevelt’s plan was even ridiculed in motion pictures of the day. In the classic film “Holiday Inn,” for example, an animated turkey hops back and forth between weeks on a November calendar before finally landing in between them and shrugging his shoulders (if, in fact, turkeys have shoulders). In time, the earlier date became known as the “Democratic Thanksgiving,” while the traditional “last Thursday” Thanksgiving became the “Republican Thanksgiving.” 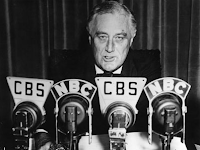 Undeterred by his critics, Roosevelt stuck with his plan to move Thanksgiving back a week for the next two years in order to give more time for Christmas shopping, and by 1940 more states had decided to hop over to the president’s plan. By 1941, however, enough economic data had been gathered to indicate that the extra week didn’t really help much with sales. So, Thanksgiving was moved back to its original date.  Then, in the fall of 1941, Congress got involved in the issue and on November 26 Roosevelt signed a law designating Thanksgiving Day as the fourth Thursday in November (therefore codifying in essence the date change that so many objected to in the first place). After this, most states changed their holiday observance to coincide with the Federal holiday (Texas was the last state to do so, not making it official until 1956). In the meantime, of course, more serious issues had arisen. On December 7, 1941, just two weeks after Thanksgiving, the Japanese attacked Pearl Harbor, “a day,” as Roosevelt proclaimed “which will live in infamy.” From then until 1945, Americans would have little to celebrate with the world engulfed in war.