Dee Barton: A Life in Music Mississippi has long been associated with great musicians. The list of stars who hail from the magnolia state is lengthy, and includes those who have contributed to every form of music from country to rock and roll, from jazz to the blues, from big band to symphonies and opera. Of all Mississippi’s native musicians, though, few have contributed their talents in such a variety of musical forms as Dee Barton.

Born in Houston, Mississippi, in 1937, DeWells “Dee” Barton, Jr. moved with his family to Starkville at an early age. Barton attended school in Starkville, where his father was the high school band director. Following in his father’s footsteps, Barton joined the band, taking up the trombone at an early age. Practicing hours each day, Barton was an accomplished musician in high school and became the student band director. Significantly, he was a member of the Mississippi Lions Club band all four years during high school, an almost unrivaled accomplishment. 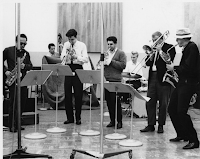 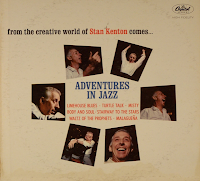 After graduating from high school in Starkville, Dee Barton was ready to get out on his own and joined Ralph Marterie’s big band in 1956. It wasn’t a good fit, however, and Barton returned in short order and enrolled at North Texas State University the next year, where he received a full scholarship. He graduated in 1960 with a degree in education and musical composition (as a student he had regularly substituted for his father at Starkville High School, so teaching music came naturally). After graduation, Barton joined another big band, this time led by Stan Kenton, who Barton had met when he was a teenager. Kenton was well aware of Barton’s talents and was eager to hire him. For the next decade, Barton was a key part of the jazz-oriented band. Interestingly, he switched from trombone to drums in 1962. It was as a drummer and a composer where Barton would make his biggest impact. During his time with Kenton, two of the band’s albums won Grammy Awards, the first of which (Adventures in Jazz, 1963, right) included two compositions by Barton.

In time, Dee Barton moved to Los Angeles to pursue other opportunities, including film scores. While playing in a big band at a night club named Donte’s, Barton was introduced to Clint Eastwood.  Eastwood (left, seen here with Barton) soon commissioned him  to write the score for Play Misty For Me (1971), and he followed that with three more Eastwood films:  High Plains Drifter (1972), Thunderbolt and Lightfoot (1974) and Every Which Way But Loose (1978). He also participated in the music for Dirty Harry (1971) and Magnum Force (1973). Barton’s association with Clint Eastwood opened the door for lots of other jobs in Hollywood, both in the film industry and in television.  In addition to numerous film scores, Barton wrote for The Rockford Files, the Red Skelton Show, Ironside, Batman, The Odd Couple and Soul Train, among others, and collaborated with other well-known composers like John Williams. He also worked as a consultant for numerous artists, including Frank Sinatra, the Rolling Stones, Tony Bennett, John Lennon. Throughout his career in Hollywood, however, Barton always considered High Plains Drifter to be his best work and credited Clint Eastwood for first giving him an opportunity. 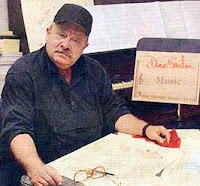 In 1973, Barton left Hollywood for Memphis, where he became the musical director of the Media and Jingle Company.  For almost twenty years, he composed music for commercials. In 1988, he left the company to teach music seminars at various universities in the U.S.  Ten years later, Barton moved to Brandon, Mississippi, and became a composer in residence at Jackson State University, where he taught composition and advanced musical theory, finally returning to his home state and his roots in education. Two years earlier, in 1996, the Dallas Jazz Orchestra produced an album of Barton’s music. This work was later nominated for a Grammy.

After a life in music, including marching bands, big bands, jazz, movie scores, TV themes, advertising jingles, and music education, Dee Barton died in 2001 at age 64. He is buried in the Oddfellows Cemetery in Starkville.