Cyrus Teed and the New Jerusalem 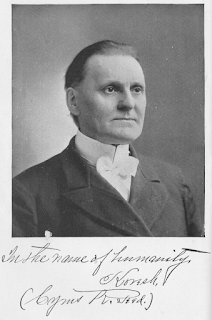 Herman Cropp was the step-son on an immigrant named Gustave G. Damkohler. Born in 1825, Damkohler emigrated to the United States from Germany by way of Australia, where he was a cook in a mining camp. According to a son, his father was a baker, confectioner, landscape gardener and medical doctor, although he never actually practiced medicine. When he came to America he went to Missouri, but moved to Estero, Florida, in 1883. It was in Florida that Gustave Damkohler became acquainted with an enigmatic and self-proclaimed messiah named Cyrus Teed. 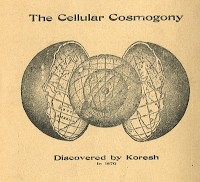 Cyrus Reed Teed (right) was born in 1839 in Delaware County, New York. At age eleven, he quit school and went to work on the Erie Canal and later studied medicine with an uncle (although his parents hoped he would become a Baptist minister). After marrying and moving to Brooklyn in 1862, Teed served in Co. F, 127th New York Infantry. A corporal, he suffered from sunstroke in August 1863 and spent weeks in the hospital with a paralyzed arm and leg. He was released in October 1863 and discharged, whereupon he resumed his medical studies at the Eclectic Medical College in New York, a school which specialized in herbal remedies. After graduation in 1868, he moved to Utica and began practicing medicine. He also practiced alchemy in hopes in finding a way to make gold and in 1869, while conducting an experiment involving electricity, Teed was knocked unconscious. While in that state, he had a vision that he was the messiah and that the secrets of the cosmos would be revealed through him and through scientific knowledge. Changing his name to Koresh (the Hebrew form of Cyrus, and no relation to David Koresh of more modern infamy), he  developed a unique theory of the universe called Cellular Cosmogony. According to "Koresh," the earth did not revolve around the sun; instead, all humanity lived on the inside surface of a hollow earth, with the "sun" (a mechanical light) in the center. In addition to his theory of the cosmos, Teed had very definite ideas about how people should live, and his "Koreshanity" included many concepts popular with other communal societies of the day, including equality of the sexes, shared property, and celibacy. In fact, Teed spent time with the Shakers before establishing his own community of believers. 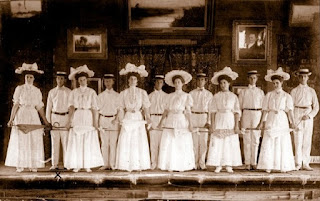 It should be no surprise that for people who were not taken with his new ideas, all this seemed a bit strange. As a result, he eventually lost his medical practice but by 1886 had attracted enough followers that he was able to establish a community in Chicago called Koreshan Unity. The vast majority of his followers were women. Perhaps attracted by his beliefs regarding gender equality, some were apparently attracted to him personally as well. "An undersized, smooth-shaven man...whose brown, restless eyes glow and burn like live coals," as he was once described by the Chicago Herald, Koresh seemed to easily attract the opposite sex. Dressed in a "Prince Albert coat, black trousers, flowing while silk bow tie, and a wide-brimmed hat," the prophet would make some of his followers faint when uttering phrases like "efferent fluxions of essence." As the sole representative of the father/mother creator, Koresh boldly proclaimed that "all that is opposed to Koreshanity is antichrist." 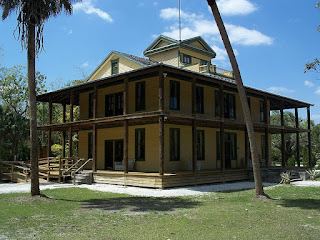 Because Koresh apparently alienated so many women from their husbands due of his teachings concerning equality of the sexes (and perhaps because of his apparent good looks), he was sued several times. Eventually, the cost was too much to bear, and he started looking for some place other than Chicago for his Koreshan Unity society. Attracted by an ad for land in southwestern Florida, Teed and some of his followers took the train to see the area for themselves. They were disappointed in what they found (the land was too expensive) but Teed left some of his newspapers, the Flaming Sword, behind. Gustave Damkohler, the German immigrant (who had by this time migrated to Florida) picked up a copy of the Flaming Sword, was impressed by Koresh's ideas and invited him back to Florida. By 1894, Koresh had talked Damkohler into selling 320 acres of land to the Koreshan Unity at a very rate and soon a "New Jeruslalem" was established in Estero, Florida, near Fort Myers. Koresh proclaimed that the city would someday grow to a population of 8,000,000 people and would be the capital of the world. By 1908, the Koreshans had purchased nearly 6,000 acres and established an almost completely independent, communal society, complete with manufacturing facilities, farms, theaters, etc. Art and literature were a particular emphasis of the society and women continued to play a prominent role in the "New Jerusalem," although there was never any question that the core of the community was based on Koresh's ideas. One of his ideas involved his own resurrection. Koresh promised his followers that he would rise from the dead and lead the faithful to a heavenly paradise. On December 22, 1908, at age 69, he got the chance to prove it when he died. More than 200 of his faithful followers waited for the promised resurrection, which they anticipated would occur on Christmas Day. As Christmas came and went, however, Koresh failed to rise from the dead as promised and instead began to stink. Ordered by local officials to bury him due to the odor, the Koreshans finally laid him to rest in a concrete sarcophagus on Estero Island. Many waited another thirteen years for him to be resurrected and continued to live and work as Koreshans. the last followers did not disband until 1949. Koresh's burial site was eventually lost during a hurricane.

Gustave Damkohler, the German immigrant who sold the land to Koresh for a pittance, was not among those who waited for him to rise from the dead. By that time, Damkohler had lost faith in the self-proclaimed messiah and had left the commune. In 1905, he had wandered off to Alaska in search of gold and died there (he's buried in Juneau). His son, Elwin E. Damkohler (left), also went to Alaska to look for gold, and later served in the Merchant Marines and was a Florida fishing guide for nearly half a century. Although both he and his half-brother Herman Cropp eventually left the commune, neither forgot their time with the Koreshans. In fact, it was Herman, as the elder of the two, who accompanied his step father whenever he visited the prophet and helped establish the family homestead. Whether Herman was a follower of Koresh, as was his step father, is unknown, but in 1926 both he and Elwin visited the community and were pleasantly surprised by what they found. The visit was recorded in an issue of the Flaming Sword, which was still being published at the time:

One of the most appreciative visitors we have ever met in Estero was Mr. H.R. Cropp of Mississippi. Mr. Cropp was a stepson of Mr. Damkohler, who first settled in Estero and who was instrumental in inducing the Master to locate here and move his colony from Chicago. It has been close to forty years since Mr. Cropp left Estero. He and his half brother, Elwin E. Damkohler, took great pleasure in reciting their early experiences about the place. Estero having undergone such a transformation was a revelation to Mr. Cropp. "To think," he said, "that deer and turkeys practically came up to our back door, besides other wild life; and plenty of alligators lined the river banks."  A most sacred spot to both of them was the spot where their mother, a brother and two sisters were buried.  Upon leaving, Mr. Cropp said:  "I can't begin to tell you what this visit has meant to me." 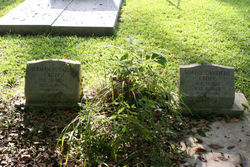 After concluding his visit, Herman Cropp returned home to Mississippi. He died in 1949. Elwin lived to the ripe old age of 90. In  1967, he wrote a somewhat bitter memoir of his experience among the Koreshans, admitting that he  never forgave his father for foolishly selling all of the family land to Koresh (a transaction his father would also come to regret). When Elwin died, he was the last of the original settlers of Estero and probably one of the last who remembered Cyrus Teed. In time, all his followers died (after all, they practiced celibacy) and belief in "Cellular Cosmogony" gradually faded away. Today, the site of Koresh's "New Jerusalem" is a Florida state park. A number of buildings remain on site and the park's interpretive exhibits keep the memory of Koresh alive for tourists and history buffs. While there, visitors can fish, picnic and hike. Few people who happen by the little cemetery in Escatawpa, Mississippi, however, would ever guess that one of the cemetery's inhabitants had a hand in establishing one of America's most interesting (and perhaps unique) societies.