A Real Dog and Pony Show: Otto Floto and the Sells Floto Circus


Have you ever heard of a “dog and pony show?” These days, the term is used to describe something that is over-performed and a bit contrived in order to sell something or persuade someone. It is definitely not a term of endearment. At one time, though, there really were “dog and pony shows” in the United States, generally small circuses or animal attractions in small towns. One such show was the Floto Dog & Pony Show, started by a man with the most curious name of Otto Floto. 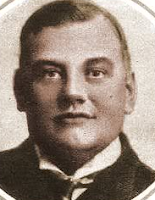 Born in Cincinnati about 1863, Otto Clement Floto (left) was the sports editor of The Denver Post in the early 1900s. He was known to be loud-mouthed, was prone to drinking heavily and was barely literate (he did not believe in using punctuation marks in his newspaper columns). Apparently, the Post hired him chiefly because his name was interesting. In fact, the Post also funded the “Dog & Pony Show” and borrowed Floto's unique name. Floto was also a fight promoter, and regularly reported on the fights he arranged. Among other boxers, the great Jack Dempsey owed some of his success to Floto’s influence. One person Floto could not best in a fight was Bat Masterson, with whom he had a long-running feud. When the two came to blows in a well-publicized confrontation, Masterson was smart enough to bring a cane to a fist fight and put Floto to flight. Despite his 250-pound frame, Masterson said Floto was “the best runner I ever saw.” Floto was also involved in a variety of other business interests, including management of an opera house (he claimed to be the grandson of German opera composer Friedrich van Flotow) and a saloon owner in Cripple Creek, Colorado (near Pike’s Peak), where he is supposed to have married one of the "working girls." In 1896, a massive fire which started in the Red Light district of Cripple Creek displaced 3,600 people and caused over a million dollars’ worth of damage. Among the suspects, although never arrested for starting the fire, was the aforementioned Otto Floto. 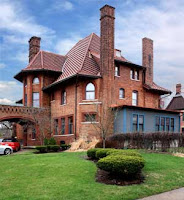 The Floto Dog and Pony Show, established in 1902, featured not just dogs and ponies, but elephants too. By 1906, the show became a full-fledged circus and was combined with an existing circus owned by the Sells brothers of Columbus, Ohio. One of the brothers, Peter Sells, had a much-publicized and rocky marriage. In 1878, the 32-year old Sells married eighteen year old Mary Luker. After moving to Columbus where the circus had its headquarters, Peter built an expensive home designed by architect Frank Packard. His marriage was in trouble, however, because Mary apparently had her eye on several other men, especially local businessman Billy Bott. In 1899, based on the work of a private detective, Peter Sells sued for divorce. During the sensational trial, Florence Sells, the couple's daughter, took the stand against her mother and Peter was granted the divorce. A Kentucky newspaper, in reporting the verdict, opined that "When a woman is a devil she is the whole thing." Sells died in 1905, only a couple of years after the divorce trial. The house he built, now known as the Sells Mansion (above), still stands in Columbus. The Sells Circus, meanwhile, merged with Otto Floto's show to become the Sells Floto Circus. 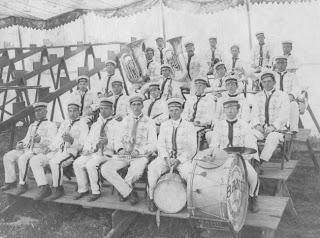 Touring throughout the 1920s, the Sells Floto Circus was one of many such traveling shows of the period, including the John Robinson, Sparks and Ringling Brothers circuses. For a time, Sells Floto teamed up Buffalo Bill Cody's Wild West Show and with Tom Mix, the motion picture cowboy star. Mix, who performed various stunts for the circus in the late 1920s and 1930s, earned as much as $20,000 a week during the tour season. Like most circuses of the day, Sells Floto had a variety of acts to attract customers to their shows instead of their competitors'. In the early '20s, though, Sells Floto was a circus without any animal acts, intentionally focusing on human performers. According to a Pasadena newspaper account, "one of the most outstanding features of the Sells Floto program is the total absence of 'carnival wild animal acts.' No mangy lions, whose claws are about to drop out or tigers which have to be fed with 'wet foods' because their teeth dropped out through age, or starved elephants which have to be propped up, were presented. Nothing but the highest class circus acts and features worth looking at were on display and the big audience thoroughly enjoyed itself." By the mid-1920s, however, the circus had added all sorts of animal acts, and had a herd of about fourteen elephants in the caravan. Sells Floto also had circus music, and at one time employed the famed bandmaster Karl King, whose first conducting job was with the circus in 1914-1915. Later on, he was bandmaster for the Barnum and Bailey Circus. By the end of his career, King had composed more than 300 works, including nearly two hundred circus pieces. In the photo above, Karl King appears with the Sells Floto Circus Band.

Sells Floto's tours generally began from their headquarters in Peru, Indiana, and then either went out west or made a huge loop through the mid-west, northeast, and southern states. Other circuses often followed basically the same schedule and intentionally set up their shows in the path of their competitors to try and steal the crowds, even going so far as papering over rival shows' playbills. Curiously, several of the traveling circuses ended their season in Mississippi. For example, in 1924, Sells Floto played in Gulfport on November 21 and then ended their tour with shows in Jackson, Hattiesburg, Laurel and Meridian. The same year, the John Robinson Circus went to Meridian on October 29 and then closed its season in Tennessee. Other towns visited by Sells Floto throughout the 1920s include Brookhaven, Natchez, Yazoo City, Kosciusko, Greenwood, Greenville, Water Valley, Clarksdale, Corinth and Holly Springs. No doubt, the circuses, in particular the elephants and other wild animal acts, were quite a treat for folks in small-town Mississippi. In 1929, however, the Sells Floto Circus found they were no longer welcome in the City of Jackson.