Col. John B. Wyman and the Battle of Chickasaw Bayou

In the closing days of 1862, Union Major General William Tecumseh Sherman departed from Memphis with approximately 30,000 men and moved down the Mississippi River to the mouth of the Yazoo. There, he would attempt to take fortress Vicksburg from the north by capturing a line of heights known variously as the Walnut Hills or the Chickasaw Bluffs. The move downriver was part of a pincer movement on a grand scale. While U.S. Grant's army was feeling its way down the Mississippi Central Railroad in north Mississippi, Grant sent Sherman on his mission in hopes of taking Vicksburg while the bulk of John C. Pemberton's Confederate army was still entrenched behind the Yalobusha River at Grenada. Because of the successful Confederate raid on Holly Springs, however, Grant was forced to withdraw to protect his supply line and Pemberton was able to shift troops by rail to counter the threat posed by Sherman. The Confederate forces arrayed along the Chickasaw Bluffs would be commanded by Stephen D. Lee and Martin L. Smith. 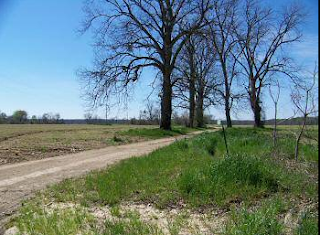 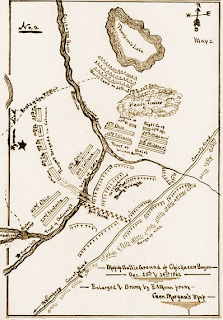 Disembarking from transports with three divisions at a place called Johnson's Plantation on December 26, Sherman's men faced a tall task. The terrain they were to cover before arriving in front of the Confederate defenses was, as Sherman described it, "miry, swampy ground."  The next day, the Federal troops started slogging toward the Confederate position, protected by rifle pits below the bluff and covered by artillery frowning down from the heights above. The line was further protected by a system of bayous and sloughs that was waist-deep in water. This natural barrier severely limited the Federal approach. Hampered by the terrain and Confederate artillery fire, Sherman's advance was agonizingly slow. On the 28th, he probed for a weakness in the Rebel position and attempted to turn the Confederate right flank but was rebuffed by artillery fire. Making no headway on the flanks, Sherman decided to try a frontal assault on the 29th. With an artillery bombardment preceding the attack (which was largely ineffective), the Federals forced their way across a causeway over Chickasaw Bayou about noon and formed lines of battle in front of the waiting Confederate defenders. The result was disastrous for Sherman's men. In a short time, the Yankees were driven back across the bayou with heavy losses. According to Confederate Major General Martin Luther Smith "the enemy struggled up to within a short distance of our line, when he wavered, stopped, and soon fled in irretrievable panic and confusion, strewing the ground with his dead and wounded, leaving in our possession 4 regimental colors, over 300 prisoners, and 500 stands of arms." Smitten by the repulse, Sherman considered renewing the attack again the next day but decided instead to withdraw. After suffering a patriotic-sounding 1,776 casualties, the attack at Chickasaw Bayou had been a complete and total failure. The stout Confederate defenders, meanwhile, lost fewer than 200 men. 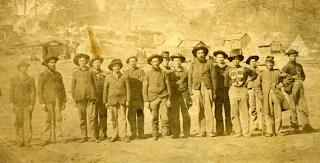 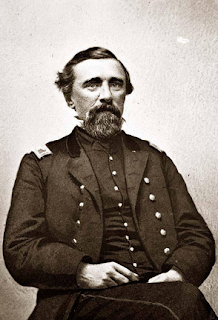 Among the units involved in the attack at Chickasaw Bayou was the 13th Illinois Infantry of Blair's brigade and Steele's division. Known as "Fremont's Grey Hounds," the regiment mustered into service at Dixon, Illinois, in April 1861 and enlisted for three years. After being sent to Missouri in the opening months of the war, the 13th (some of whose men are seen here) was used for garrison duty at Rolla, Missouri, and saw no action for nearly two years (Chickasaw Bayou, in fact, was the first battle for the "Grey Hounds"). Leading the unit was Col. John B. Wyman. Born in Massachusetts in 1817, Wyman was relatively old when the war began (he was forty-five when he enlisted). With no formal education past age fourteen, Wyman (right) was "a thoroughly self-made man," and worked in a variety of jobs before joining the army. Early in his life, he sold clothes and worked in a mercantile store before landing a clerk's position with a railroad car manufacturing firm in Springfield, Massachusetts. By 1850, he had become a conductor on the New York & New Haven Railroad and then rose to Superintendent of the Connecticut River Railroad. After landing a job with the Illinois Central, Wyman settled in Amboy, a short distance from Dixon. Here, he was elected mayor and was serving as such when war erupted. Early in his life, he had also participated in the formation of militia companies and in fact had commanded the "Chicago Light Guards," considered to be a crack outfit. Thus, with business, political and military experience, Wyman was considered a well-rounded and logical choice for colonel. According to a regimental historian, his career was "well calculated to give him a broad and comprehensive knowledge of men and things, and thus better fit him for the stern duty which he was afterwards called upon to perform." While posted in Rolla, Missouri, Wyman proved his worth as an administrator and had a fort named after him. Today, there is a Colonel John B. Wyman Elementary School in Rolla in his recognition of his service there. Curiously, the school's mascot is a bulldog and not, as one might imagine, a greyhound. 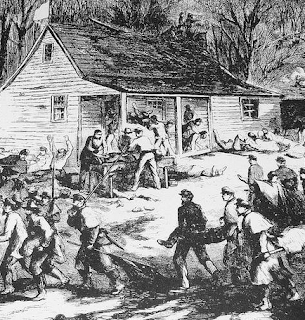 In December, 1862, Colonel Wyman and the 13th Illinois finally got the opportunity to fight. On December 28, while leading his regiment near Mrs. Lake's House, Col. Wyman was shot by a Confederate sharpshooter. According to a soldier in the 13th, he had been calmly surveying the terrain with his field glasses and had disregarded the danger posed by sharpshooters, saying that "the bullet was not made that could hit him." The bullet that was apparently made for Wyman hit him near the shoulder. According to one account, he accepted his fate "with sublime courage...and a pleasent  [sic] smile." When informed that his colonel had been wounded, the regimental surgeon, Dr. Plummer, immediately left the field hospital (without asking for leave) and rode to check on him. Soon, Dr. Plummer was overtaken by the ranking surgeon who demanded to know why he had abandoned his post. When Plummer answered in less than civil terms and sent "a plump refusal to obey" the order to return, he was brought up on charges. When Sherman was later informed of the circumstances, he dismissed the charges with little more than a reprimand. Col. Wyman, meanwhile, was taken back to the field hospital where his "sublime courage and pleasant smile" were replaced with a less than amiable disposition. Rather, according to the unit history, "the cyclone of his soul burst forth, and the most fearful imprecations were hurled through the lips which, at the same moment were covered with the froth of near approaching death." Called from the field of battle was the colonel's son, Osgood Wyman, a corporal serving with the 13th Illinois. Cpl. Wyman was at his father's side when he died. Col. John B. Wyman was the highest ranking officer killed in action at Chickasaw Bayou.

The colonel's body was placed in a metallic coffin and sent by boat upriver, where it arrived at Memphis on New Year's Day, the same day that Sherman's troops began reboarding the transports on the Yazoo. From Memphis, Wyman's corpse was carried further upriver and buried in the Prairie Repose Cemetery in Amboy, where a "vast concourse of people witnessed his burial." He was later reinterred in the Rose Hill Cemetery in Chicago, a large, Victorian burial ground where rest such prominent businessmen as Aaron Montgomery Ward, Julius Rosenwald and Charles Schwab, along with no less than eleven former mayors of Chicago. Wyman's grave (right) is marked by a large monument erected by the veterans of the 13th Illinois Infantry in 1869. The veterans likely included Osgood Wyman, who survived the Civil War and moved to Eagle Grove,  Iowa, where he worked as a flagman on the Chicago & Great Western Railroad. He died in 1933 and is buried in Eagle Grove's Rose Hill Cemetery. 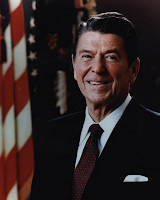 Before his death at Chickasaw Bayou, John B. Wyman had been promoted to brigadier general, a promotion that certainly would have pleased him and would have been cheered by the men of his regiment. Like Confederate Col. Isham W. Garrott of the 20th Alabama, who was also killed by a sharpshooter during the siege of Vicksburg before learning he had been promoted to brigadier, Wyman never knew of his appointment. For the good people of Dixon, Illinois, and nearby Amboy, however, this made Wyman the most important person to have ever lived in their little town. That would be true until the late 20th Century when someone from Dixon was elected to the highest office in the land. His name was Ronald Wilson Reagan.