Edgar Douglas Kenna, Jr. did it all. Better known as Doug, Kenna excelled in every aspect of his life. A star athlete and successful businessman, Kenna served his nation as a soldier and in public service.
Born in Jackson, Mississippi, Kenna attended Central High School, where he was an outstanding tailback on the football team, an all-state basketball player and the state singles and doubles tennis champion. He was also good at track, and hoped to one day make the Olympics. No doubt he would have, except that he wanted to go to West Point even more. After graduating from Central High School, however, Kenna failed to get an appointment to West Point (he was instead offered a chance to enter the Naval Academy, which he declined) so he enrolled at the University of Mississippi and played for one season on the Ole Miss football team. Two of his freshman squad teammates went on to great careers at Ole Miss, both of them future All-Americans: Barney Poole and Charlie Conerly. 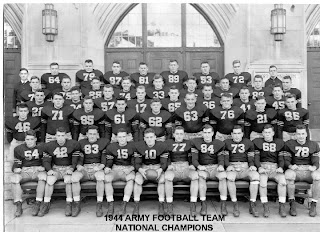 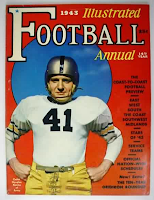 The next year (1942), Kenna left Oxford after securing an appointment to West Point. At the military academy, he was again a star athlete, a cadet captain, regimental commander and was president of his class. In three years at West Point, Kenna earned eight varsity letters in three different sports: tennis, basketball and football. As the quarterback for the 1944 Army football team, he led the team to an undefeated season and a national championship. Running a perfect "T" formation with the great Doc Blanchard in the backfield, Army scored an average of 56 points per game that season. Popular with his fellow cadets, Kenna was known as "Rebel" at West Point (which was somewhat ironic, as Army played at Yankee Stadium at the time). For his accomplishments, he was named to the first team All-America squad in 1944. In basketball, Doug was a three-year starter at guard and again played on an undefeated team, one of only two in West Point history. In tennis, he was the team captain, and led the cadets to an undefeated season in that sport as well. Lettering in and excelling in three different sports is surely a feat unrivaled in college sports. Of course, all this was accomplished while maintaining the strict academic and conduct codes required by those attending West Point. Doug Kenna finished second in his class.


After graduation from the military academy, Kenna was assigned to the 35th Tank Battalion, 4th Armored Division in Europe (luckily World War II had just ended). After service overseas, he returned to the United States in 1948 and served with the 3rd Cavalry Regiment at Fort Meade. The next year, he resigned his commission. Before finishing his time in the army, though, he  returned to West Point as an assistant football coach in the fall and helped guide two more teams to unbeaten seasons. So, after leaving the army, it was natural that Kenna would return full time to his alma mater as a coach, where he remained for three years. 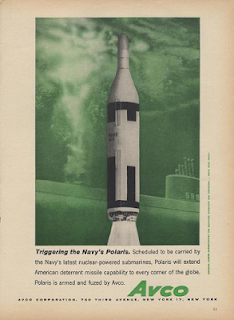 In 1952, Doug Kenna entered the business world, first with the Avco corporation and then a five-year stint with Mississippi Power and Light. In 1959, he returned to Avco, where, among other duties, he was in charge of developing payload reentry systems for ICBM missiles. As vice president of the company's Missles, Space and Electronics Group and later in charge of marketing and planning, Kenna was instrumental in the nation's defense during the Cold War era.

Doug Kenna became President of Fuqua Industries in 1968, and two years later joined a financial services and marketing firm. In 1973, he was elected president of the National Association of Manufacturers, where he founded the United States/USSR Trade and Economic Council. Four years later, he was named president of the Carrier Corporation and in 1981 was director of G.L. Ohrstrom & Co., an investment firm.
As if this weren't enough, Kenna served on numerous boards, including Eisenhower College, Northeastern University, the Vincent T. Lombardi Cancer Foundation, the United Way, the Boy Scouts of America, the Association of Graduates of the United States Military Academy, and the National Football Foundation and member of the College Hall of Fame. He also served two U.S. Presidents as the chairman of  investigative committees, and was awarded the Freedom Foundation Medal. In 1994, he was honored with the Distinguished Graduate Award at West Point.

A member of both the College Football Hall of Fame and the Mississippi Sports Hall of Fame, Doug Kenna died on January 28 at age 88. He will be laid to rest at Lakewood Memorial Park on February 11 with a memorial service a few days later at his beloved West Point. Doug Kenna was a remarkable man, someone who seemed to excel at everything. I regret that I did not know about his incredible story until I read his obituary in yesterday’s paper.