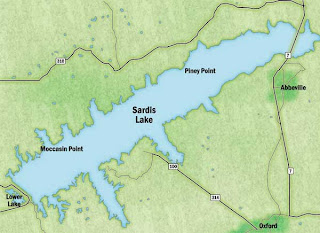 In 1938, President Franklin D. Roosevelt authorized the construction of Sardis Dam in Panola County, Mississippi, as part of the Flood Control Act of 1936. The legislation was in response to the 1927 flood, and was the second flood control act passed by Congress. One of the goals of the flood control acts was the protection of the rich farm country in western Mississippi. To accomplish this, the Corps of Engineers devised a plan to build four dams, including one to control the water from the Little Tallahatchie River. In addition to flood control, the construction effort offered much needed economic benefit for an area still suffering from the Great Depression.

Hydraulic testing for the proposed dam at Sardis took place at the Waterways Experiment Station (WES) in Vicksburg. The WES built models of preliminary and final designs and conducted a series of experiments in 1937 under the direction of twenty-eight year old Captain Paul W. Thompson. Even as work proceeded, the Waterways Experiment Station continued to conduct additional experiments to ensure that the project would accomplish the goal of flood control. The dam was completed during the tenure of WES director Captain Kenneth E. Fields (left). 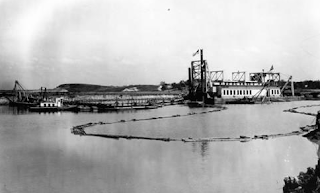 Actual construction of the Sardis Dam began soon after Congress and President Roosevelt approved the project. To build the dam, thousands of men, using mules, brush hooks, crosscut saws and axes, worked to clear fourteen miles of hardwood and dense undergrowth along the Little Tallahatchie River. Often working twelve hour shifts, seven days a week, the men earned every penny, as the labor was backbreaking and intense. At the time, Sardis Dam utilized the most advanced design and construction methods of its day. The most unique aspect of the dam’s construction was the use of “Hydraulic fill” techniques. 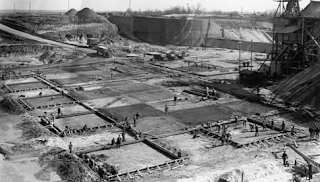 To build the dam, soil had to be dredged from the river below the dam site and pumped up to provide the earth fill that forms the major portion of the dam. In this photo (right), the forms for the dam are being built by the construction company hired for the project. To help with the dredging project, the Corps of Engineers built and operated the “Pontotoc,” (above, right) a mechanical dredge powered by two 3,000 horsepower electric motors. The 425-acre “Lower Lake,” created by the dredging operation, is now used as a recreational area. Sardis Dam, operational by October 1940, is the last such dam completed in the United States using the hydraulic fill method. A similar dam, located at Fort Peck, Montana, was completed just prior to Sardis Dam. 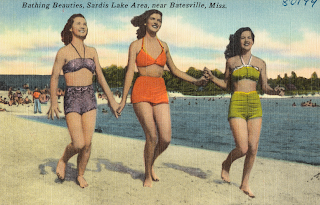 Measuring 15,300 feet in length, and with an average height of 97 feet, Sardis Dam was for many years the largest earth-filled dam in the world. Sardis Dam was also the first of the Yazoo Headwaters Projects to be built (the others including Arkabutla, Enid and Grenada). Today, of course, most visitors do not associate the lakes in north Mississippi with flood control and instead use the area for recreation. With more than 5,000,000 visitors a year, Sardis Lake is a popular location for fishing, camping, boating and other outdoor activities.