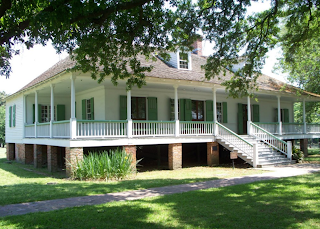 Sunday, May 3, 1863, was a beautiful, sunny day in Baton Rouge, Louisiana. Sprawled around the grounds of Magnolia Mound plantation (right), located approximately two miles south of the city, Col. Benjamin Grierson’s completely exhausted troopers woke from their first extended sleep since beginning their raid through Mississippi on April 17. Even the arrival of hot food and coffee, provided courtesy of the 116th New York and 48th Massachusetts Infantry, failed to rouse the cavalrymen the evening before. Now, they enjoyed the scenery, described by Grierson as “a most delightful spot, shaded by the magnolia, whose long green leaves encircle a beautiful white flower, which fills the air with its rich perfume.” Safe within the bounds of Union-occupied Baton Rouge, the music teacher turned cavalry officer could rest in the knowledge that his daring raid was a complete success. “During the expedition we killed and wounded about 100 of the enemy,” wrote Grierson in his official report two days later. In addition, the raiders “captured and paroled over 500 prisoners, many of them officers, destroyed between 50 and 60 miles of railroad and telegraph, captured and destroyed over 3,000 stands of arms, and other army stores and Government property to an immense amount.” The whole affair had been a “signal success,” as Grierson termed it, but it was almost a complete disaster for the Federal cavalry. Only by hard marching, deception and a hearty dose of good luck had Grierson and his men escaped annihilation in the magnolia state.

After leaving Newton Station on the afternoon of April 24, where Grierson’s men destroyed locomotives, freight cars, ammunition and supplies, the column continued south in an effort to escape Confederate cavalry that would surely be in pursuit. After a brief firefight at Garlandville with some local militia, Grierson moved into the thinly populated piney woods area of Mississippi. His destination was now Grand Gulf, as Grierson hoped Grant’s army had already moved across the Mississippi River to begin the final march to take Vicksburg. Between Grierson and the safety of Grand Gulf, however, were miles and miles of hostile territory. He knew, too, that Confederate Lt. Gen. John C. Pemberton (left) would not rest until he caught the Union raiders. Indeed, Pemberton was frantically issuing orders to various units to intercept Grierson and protect his supply and communications along the railroad.

On April 26, after crossing the Leaf River, the Sixth and Seventh Illinois Cavalry rode into the little town of Raleigh. There, they captured “a man hastily mounting his horse and riding away at full speed.” The man, as it turns out, was the Smith County sheriff, and he was captured with $3,000 in Confederate bills. Whether he was taking the money to protect it or to abscond with it is unclear, but he was taken prisoner by the Yankees. From Raleigh, Grierson’s men moved to Westville for the night, but an advance party rode ahead to seize the ferry across the Pearl River.  As on other occasions, the “Butternut Guerillas” (men disguised as Confederates and serving as scouts) did their job and captured the ferry boat. Just before crossing the river, Capt. Forbes, sent earlier with his detachment to east Mississippi (where they bluffed an entire garrison at Enterprise) rejoined the column after an exhausting ride. Crossing the Pearl at Georgetown, Grierson’s men rode on to Hazlehurst. Hazlehurst was located on the New Orleans, Jackson and Great Northern Railroad line. When Grierson’s “Guerillas” suddenly appeared there, they were recognized by the Smith County sheriff, who had managed to escape his captors the night before. Sounding the alarm, the sheriff tried to rally several soldiers loitering around the depot. When the lead company of Union cavalry thundered into town, however, they scattered. As the rest of the column entered Hazlehurst, Grierson’s men went to work burning train cars and the depot. Although it was pouring down rain, some of the sparks ignited other buildings in town and the cavalrymen put down their rifles and joined the citizens in a bucket brigade to put out the fire. Some of the men also took advantage of a local hotel and got a bite to eat. The raiders almost captured a train here too, but the engineer, whose train was approaching from the north, caught sight of the Yankees and put the engine in reverse. It was one of the few missed opportunities for Grierson during the expedition.

Now alerted that Grierson’s column was astride the railroad south of Jackson, Pemberton directed all available forces in that direction. From Jackson, Pemberton sent the fiery Col. Robert V. Richardson after the Yankees. A native of North Carolina, Richardson was raised in Tennessee and practiced law in Memphis and engaged in business with Nathan Bedford Forrest. Elected colonel of the 12th Tennessee Cavalry earlier in the war, Richardson (left) by April 1863 was a wanted man. Sought by Federal authorities as a war criminal and accused by Confederate officials of bribery and defrauding citizens, Richardson showed up in Jackson despite a warrant for his arrest issued by both Pemberton and Joseph E. Johnston. Just before Grierson's raid began, Richardson was so soundly beaten in battle by the Sixth and Seventh Illinois that fled across the Mssissippi River in a canoe with a bag of money stolen from local citizens. Far from arresting Richardson, though, Pemberton directed him to take up the chase against Grierson (sometimes it just pays to be in the right place at the right time). No longer a wanted man, Richardson loaded his men on the train and headed south to try and intercept Grierson at Hazlehurst. By that time, however, the Federals had gone west toward Union Church and Grand Gulf. 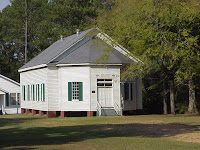 After leaving the railroad, Grierson hoped to ride across country and reach the safety of Grant’s army. However, as he approached the little town of Union Church in Jefferson County, he could hear the deep boom of naval guns firing at the Confederate fortifications at Grand Gulf, meaning no landing had yet been made. He also discovered that Wirt Adams' Confederate cavalry had set a trap for his men in the Union Church vicinity. As such, Grierson once again changed direction and headed for Brookhaven, where the depot was set afire and several rail cars were burned. As with Hazlehurst, the troopers again had to serve as a fire brigade when other buildings caught fire. After Brookhaven, Grierson, with Richardson’s Confederates close on his heels, moved down the railroad to Bogue Chitto and Summit, destroying rail cars and bridges along the way. Wirt Adams, meanwhile, moved toward Natchez in the mistaken notion that Grierson was heading there. 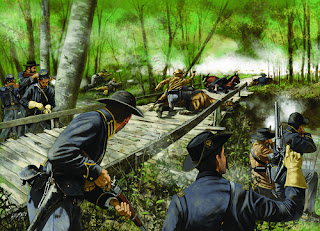 After leaving Summit, Grierson again turned west, as he feared too many Confederates would be guarding the town of Osyka, where there were several large warehouses filled with supplies. In fact, Confederate cavalry units were now converging on the area from the north, south and west. Hoping to slip through the net, Grierson pushed him men hard to get to Baton Rouge, where there was a large Federal garrison. Riding along back roads and woodland trails, the column made its way to the Tickfaw River at Wall’s Bridge, narrowly avoiding several Confederate patrols. At Wall's Bridge, on May 1 (the same day that Grant’s army finally set foot on the east bank of the Mississippi), Grierson found his first combat of the expedition. Guarding the bridge at the river were three companies of the 9th Tennessee. When Grierson’s lead company came into view and charged onto the bridge, a volley rang out and several of Grierson’s men went down, including one of the “Guerrillas,” Sgt. Richard Surby. Shot in the thigh, Surby later wrote that he “began a feel a faintness creeping over me.” Also wounded was Col. William Blackburn. All totaled, the Federals suffered eight casualties at Wall’s Bridge. While few in number, the loss of Surby – who was left behind and captured – and Blackburn (who died from his wounds) were keenly felt. Bringing up the rest of the brigade, the outnumbered Confederates were pushed aside and Grierson crossed the river. Continuing to push his men forward, the Union raiders crossed into Louisiana and manage to get across the Amite River at midnight, many of the men sound asleep in their saddles. Meanwhile, Confederate units from Port Hudson, Osyka and Liberty searched in vain for the Yankees. In time, realizing their quarry had escaped, Richardson and Adams turned around and headed north to face the next challenge: Grant. 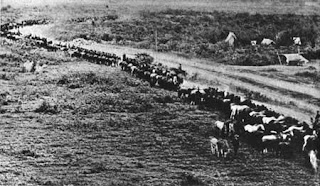 Finally, on May 2, Grierson’s weary Union cavalry approached the garrison at Baton Rouge. As the riders were covered in dust and grime (and coming from the wrong direction), few of the Union soldiers guarding the approaches to the city could believe these men were actually Federals. Once they were finally convinced, the exhausted men filed into Baton Rouge to the cheers of their Federal comrades (the image to the right shows Grierson's men at Baton Rouge). Grierson’s raid was finally over. During the expedition (which was later very loosely depicted in the movie “The Horse Soldiers'" starring John Wayne), Grierson and his men covered more than six hundred miles, dodging Confederate patrols, burning trestles, bridges, depots and warehouses. News of the raid threw the whole state of Mississippi into a panic, especially the Confederate high command, and particularly John C. Pemberton. With his attention focused for a time on Grierson, Pemberton shifted too many resources away from the river, allowing Grant to land his army on Mississippi soil without opposition. That, in the long run, is the lasting legacy of Grierson’s Raid.