Born in Ohio in 1858, George Austin McHenry attended the University of Michigan before opening a pharmacy in the town of Big Rapids. In 1889, McHenry (left) and his wife Eunice (right), along with fifty-four other families, moved from Michigan to Harrison County, Mississippi, where there was cheap land and plenty of opportunity to make money from timber and railroading. McHenry may have already been familiar with the area because he had also attended Tulane. Regardless, the Michiganders settled in the northern part of the county alongside the Gulf and Ship Island Railroad, which was still under construction. There, George McHenry built a general store to serve the settlers and when a post office was later established the place was called McHenry in his honor. At that point, it would have been reasonable to think he would have settled down to work as an entrepreneur and a pharmacist, but instead he went back to school to become a doctor.

In 1893, George McHenry graduated with a medical degree from the Louisville Medical College in Kentucky, now part of the University of Louisville. He then returned to Tulane to become a surgeon. Two years later, he was back in Harrison County where he and Una, as she was known, started building a house (and by this time they had a four-year old son).  Like many other places in the pine belt, McHenry was a boom town for a time, with a bank, two drugstores, a school, six churches and perhaps an equal number of saloons.  The town even had its own newspaper, the McHenry News, edited for a time by Una McHenry. For his part, George was heavily invested in the McHenry State Bank (lower left) and the Majestic Hotel, in addition to his medical practice. Plenty, in other words, to keep him occupied. In 1898, though, he decided to join the army. 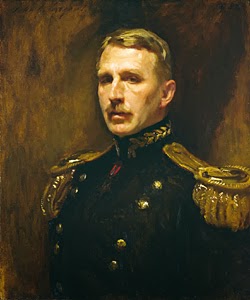 Dr. McHenry enlisted as a surgeon for service in the Spanish American War. Promoted from captain to major, McHenry served in Cuba and witnessed the naval battle of Santiago de Cuba on July 3, 1898, which resulted in the destruction of the Spanish navy’s Caribbean squadron. While in Cuba, McHenry (seen here in camp) was in charge of the Yellow Fever hospital and he developed a friendship with General Leonard A. Wood. Wood, also a medical officer, commanded a brigade which included the famous “Rough Riders” at San Juan Hill. He would later serve as Chief of Staff under President Taft and then governor in the Philippines. As Chief of Staff, Gen. Wood was instrumental in establishing military training camps around the country. Because of his friendship with Dr. McHenry, one of the sites chosen was south of Hattiesburg. It also helped that McHenry was a childhood friend of Lois Irene Marshall, who just happened to be the wife of the Vice President of the United States, Thomas R. Marshall.  Known as the “Second Lady of the United States,” young Lois and George both attended school in Angola, Indiana. With connections to both the Chief of Staff and the Vice President, it might seem appropriate to name the new training camp for George McHenry. Instead (perhaps because there was already a Fort McHenry, of “Star Spangled Banner” fame), they named it for Isaac Shelby, a Revolutionary War hero and the first governor of Kentucky. Today, Camp Shelby is the largest state-owned military training facility in the nation. Leonard Wood (above), meanwhile, got a camp named for him. Located in Missouri, Fort Leonard Wood is the training facility for military police, the Corps of Engineers and chemical and biological weapons units. 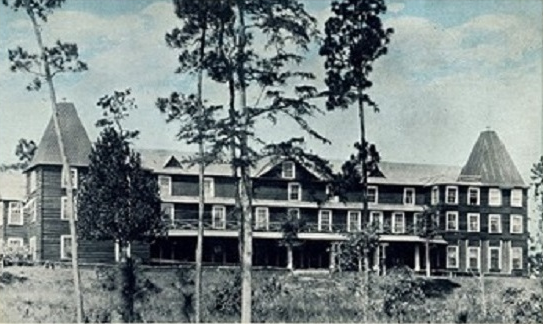 After his stint in Cuba and service in the Philippines and travels to China, McHenry returned to his home in Harrison County, where his wife had continued to manage his various business interests during his absence. Not content to rest on his laurels, however, McHenry next invested in the mineral waters found at Ramsey Springs, located east of McHenry along Red Creek. For decades, folks had flocked to the area to take advantage to the natural springs in hopes of curing a host of medical problems, including ulcers, blood and bowel diseases and liver and kidney issues. In Cuba, Dr. McHenry had become particularly adept at treating yellow fever victims, so he was perhaps especially interested in the benefits of the mineral water at Ramsey Springs. In 1920, McHenry and his business partner built a hotel near the Springs. Filled with stuffed animals from the local forests, the hotel (above) featured a huge lobby with a cypress log ceiling and a large cobblestone fireplace. Outdoors, the hotel included a swimming pool filled with water from the natural springs. For many years, the resort was a favorite destination for Gulf Coast residents. In 1929, however, McHenry lost a great deal of money in the stock market crash and had to sell the hotel. By the end of World War II, the resort had lost its appeal and the hotel was demolished in 1961. Today, little remains to mark the resort site, which is owned by the State of Mississippi. 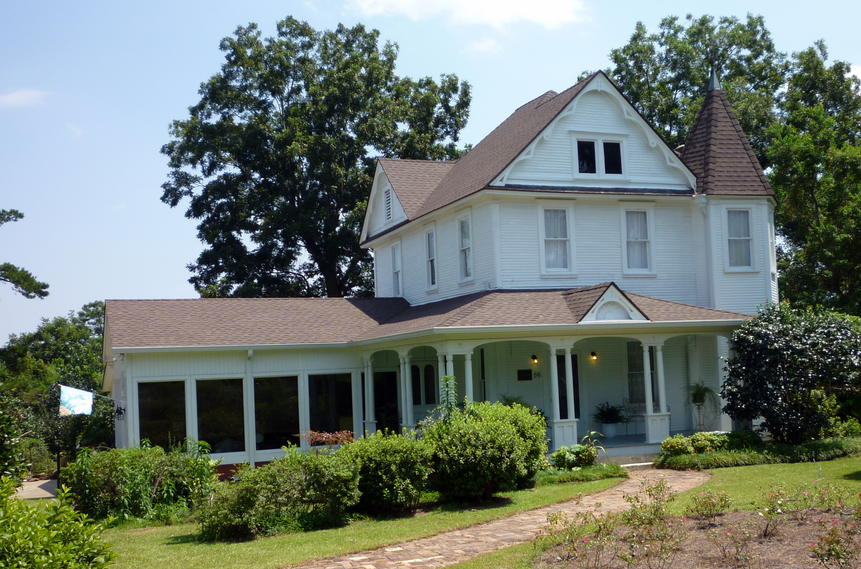 Dr. McHenry also managed to get into local politics late in his life. As one of the early settlers of north Harrison County, McHenry vehemently opposed splitting the county in two to form Stone County. Instead, he proposed created separate judicial districts in Harrison County, with McHenry as the other courthouse location. When Stone County was organized against his wishes in 1916, McHenry next lobbied for McHenry to be the new county seat. He lost out to Wiggins, however, and McHenry began to decline after suffering through several major fires which destroyed the business district. Ironically, despite his opposition to the formation of Stone County, Dr. McHenry’s only child, Floyd Whitaker McHenry (also a pharmacist), served as Chancery Clerk of Stone County. In 1926, George McHenry suffered a stroke. Lingering for several years, he died in 1931 and is buried in the Oak Lawn Cemetery in McHenry. Little remains of the old town except for the McHenry House (above), which was enlarged in 1901 with the addition of a second story. Listed in the National Register of Historic Places in 1998, the house has been occupied by members of the McHenry family almost continuously since it was originally built, most recently by a granddaughter of Dr. McHenry, who died in 2010.