According to ancient lore, Helen of Troy was so beautiful that her face “launched a thousand ships,” setting in motion the Trojan War. Here in Mississippi, in 1917, a young lady from Meridian helped launch just one ship, albeit a big one.  Miss Camille McBeath, selected to christen the battleship Mississippi, participated in the launching ceremonies on January 25, 1917 in Virginia. While it was distinct honor to represent her home state on such an occasion, it was not without drama. 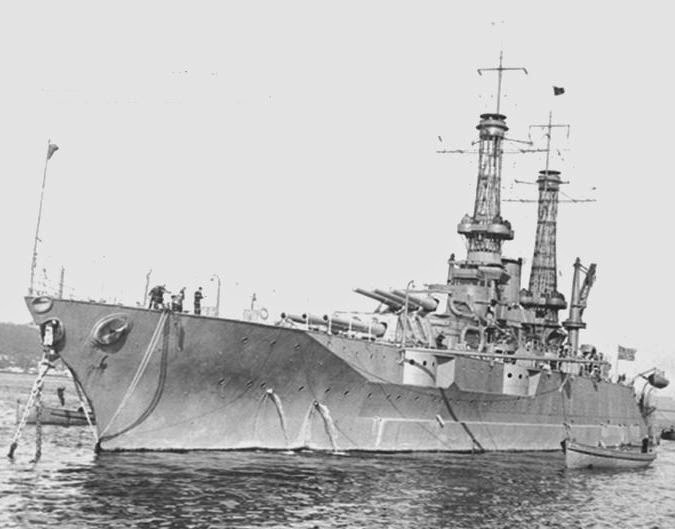 The USS Mississippi was the third naval vessel to be so named and the second battleship. Her keel was laid down at Newport News, Virginia, and was built by the Newport News Shipbuilding Company.  A New Mexico-class battleship, the Mississippi was armed with twelve 360 mm guns (among other weapons) and had a crew of 55 officers and 1,026 enlisted men. When commissioned, she was commanded by Rear Admiral Joseph L. Jayne. Born in the Brandon, Mississippi, in the midst of the Civil War, Jayne (below right) was an 1882 graduate of the U.S. Naval Academy and a Spanish American War veteran. Prior to World War I, he was superintendent of the U.S. Naval Observatory. His promotion to rear admiral came at the same time that the USS Mississippi was commissioned. The next year, the great ship would be commanded by Capt. William Adger Moffett, a South Carolinian who became an advocate of developing the use of aircraft from the decks of ships and would in time experiment with the Mississippi by launching scout planes from her wooden decks. By the time she went into service, however, it was too late for action in the First World War, but she saw extensive service in the Pacific during World War II and earned eight battle stars. In October 1944, the Mississippi was involved in the battle of Suriago Strait and fired the final salvo in what is now considered the last engagement in history between battleships. After the war, the Mississippi was used as a missile testing ship. The end of the Mississippi came in 1956, when she was sold for scrap. Before the going into service on the high seas, though, there was the matter of the traditional christening, which took place on January 25, 1917, at Newport News. Normally a fairly routine matter involving the breaking of a champagne bottle across the ship’s prow, this particular christening turned out to be a bit controversial.

Miss Camille McBeath of Meridian had been selected by Mississippi Governor Theodore G. Bilbo to do the honor of smashing the bottle. Bilbo (left) had been asked by the Secretary of the Navy to “select a girl a from the Magnolia state” to officiate. Once selected, the Secretary apparently approved, as she was not only a “popular girl” but “charming in personality, one of her greatest attractions being her unspoiled nature.” She also happened to be the niece of the Mississippi’s attorney general, Ross A. Collins, who also from Meridian, and was the daughter of James Marcus McBeath (right), Bilbo’s appointee as the first chair of the new state highway commission.  At the time, Mississippi’s roads were in deplorable condition and were essentially the responsibility of each county to maintain. By 1919, only half of the state’s 45,779 public roads were “surfaced” in any way, Mississippi. many just packed clay or dirt. Help came from a new Federal program to provide money to the states for road improvements, but to qualify it meant each state had to establish a state highway commission to oversee and distribute the funds. Opposition to the program came from county supervisors, who did not want to lose control of their own money, and from some members of the Mississippi Legislature who no doubt leery of being subject to Federal authority. Bilbo, however, saw the need to improve the roads, especially for use by military authorities during the First World War and he at least convinced the legislature to establish a state highway commission in 1916. However, it came with no staffing, no funding, and no real authority. At the time the Legislature met every two years. Before they came back into session, Federal authorities wanted assurances from Mississippi that the state would participate financially in the cost-sharing program. Bilbo, without any real authority to do so, gave the Feds that assurance and then called on the state’s attorney general (Collins) to back him up. While that may not have won many friends in the legislature, they eventually agreed to commit state funds to the federal program and J.M. McBeath, as the first state highway commission, essentially established the framework for the state highway program in Mississippi. It was during the interim period – when Bilbo had promised the Federal government what he technically could not deliver – that the governor chose to honor McBeath’s daughter and the attorney general’s niece with the opportunity to christen the USS

It should have been a fairly simple matter for Miss McBeath to smash the bottle of champagne against the prow of the Mississippi and smile for the camera, but before that happened the ladies of the Woman’s Christian’s Temperance Union (or W.C.T.U.) got involved. Because of Mississippi’s well-publicized stance on the prohibition of alcohol, the W.C.T.U. pressured Bilbo and other state officials to require that the ship be christened with a bottle of water, not champagne, and made arrangements with the mayor of Vicksburg, Maj. Albert Weille, to secure water from the Mississippi River for the occasion. Mayor Weille, it was reported, went to “considerable trouble” to obtain the river water and plans had been made to present the crystal, gold-encrusted bottle water to Miss McBeath during an elaborate ceremony headed by Mrs. Daisy McLaurin Stevens, daughter of the late Governor Anselm McLaurin, the president-general of the United Daughters of the Confederacy and “a noted author and patriot.” Of course, christening with water flew in the face of tradition and there were concerns that some of the sailors (who are notoriously superstitious) might not wish to be on board a vessel which had not been properly anointed. 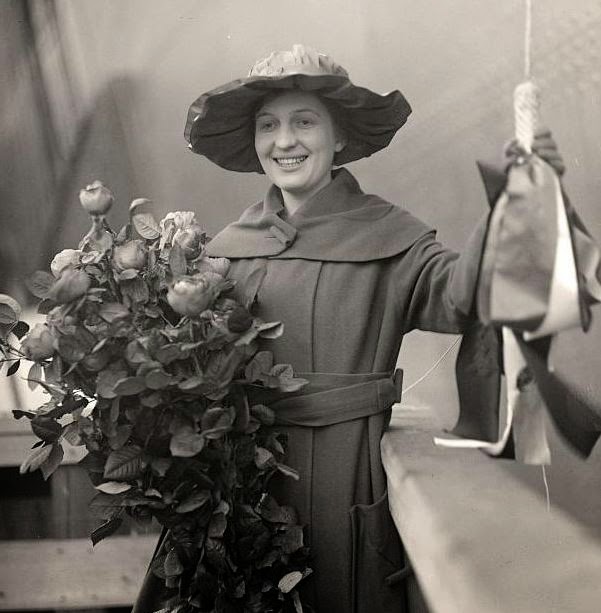 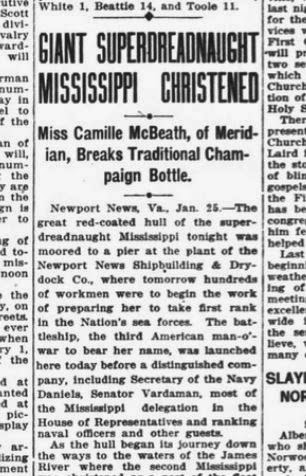 To solve the question of whether the state could turn wine into water, J.M. McBeath (no doubt at the behest of Gov. Bilbo) contacted the Secretary of the Navy, Josephus Daniels, to ask that the state be allowed to use water in the ceremony. Daniels kicked it back to Bilbo, stating that it was up to the governor to make that decision. When shown the dispatch from the Secretary, Bilbo said that while it might be “up to him,” he preferred to let Miss McBeath make the decision and “use her own good judgement.” Thus, a 24-year-old girl was given the task of choosing between tradition and the ladies of the W.C.T.U., a decision neither the governor nor the Secretary of the Navy had been willing to make. Wisely (and likely based on advice from her father), Camille McBeath appealed to the Newport News Shipbuilding Company to make the decision, as she and the dozens of state officials were technically the guests of the company. In response, the shipbuilding company stated its opposition to changing the program (which had already been set) and that the christening should proceed with wine as planned.

On the day of the event, as the “red-coated hull of the super-dreadnaught” was moored to a pier at the Newport News shipbuilding plant, Miss Camille McBeath, before a crowd of approximately 20,000, including Gov. Bilbo, Secretary Daniels and most of Mississippi's congressional delegation, successfully christened the new ship with a bottle of bubbly. Apparently, the whole occasion went off without a hitch or a murmur from the W.C.T.U. After smashing the bottle, the ship “began its journey down the ways to the waters of the James River,” to the great relief of the sailors who were happy to know that tradition trumped temperance, at least for a day. And, of course, there was one less bottle of champagne for the W.C.T.U. to worry about...