Dudley LeBlanc and the Miracle Elixir

If you were around in the 1940s and 1950s and were a bit under the weather and needed a boost, you might well have grabbed a bottle of Hadacol. Even if you weren’t sick, this “miracle elixir” was just the thing to give you a pep in your step. Hadacol, enjoyed by millions, was the brainchild of Dudley LeBlanc.

Dudley Joseph LeBlanc, Sr. was from near Lafayette, Louisiana, in 1894. A natural salesman, LeBlanc dabbled in all sorts of trades, including tobacco, funeral insurance, shoe sales...and politics. In 1932, LeBlanc ran for governor of Louisiana against a friend of Huey P. Long. Needless to say, LeBlanc lost. He ran twice more in 1944 and 1952, but lost those races as well. He was elected four times as a state senator, though, and served in that office off and on until his death in 1971. While enjoying some success as a politician, it was LeBlanc's creation of the product Hadacol that made him a very successful and wealthy man.

Before 1941, one of the other money-making schemes LeBlanc tried was selling patent medicines, despite the fact that he was neither a doctor nor a pharmacist. When he ran into difficulties with the FDA over his “Dixie Dew Cough Syrup” and “Happy Day Headache Powders,” he simply dropped those products in favor of a new tonic which he marketed as a vitamin supplement. Calling it “Hadacol”  (a name formed from his failed enterprise - the Happy Day Company, plus the initial of his last name - although he would also jokingly say he “hadda call it something”),  LeBlanc claimed that he had taken the formula from a doctor’s office and had developed his own product from that. Hadacol was a liquid tonic with a mixture of vitamins and minerals, with a bit of honey and diluted hydrochloric acid, along with other ingredients. Although most agreed that it looked and tasted like brown sludge, the “tonic” seem to instantly benefit those who took it. 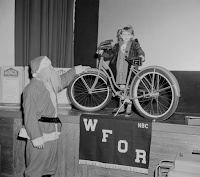 LeBlanc advertised that the tonic would cure all sorts of conditions, including high blood pressure, strokes, arthritis, diabetes, pneumonia, cancer, epilepsy, gall stones and hay fever, just to name a few. Promoting it as a "Dietary Supplement,” LeBlanc claimed that it was "...formulated as an Aid to Nature in rebuilding the Pep, Strength and Energy of Buoyant Health when the System is deficient in the Vitamins and Minerals found in this Tonic..." What really made Hadacol a success, however, was his advertising genius.  LeBlanc regularly paid people for testimonials, including one which made the ridiculous claim that “Two months ago I couldn’t read nor write. I took four bottles of Hadacol, and now I’m teaching school.” Utilizing radio ads, billboards, print media and advertising in local pharmacies, Hadacol was seemingly everywhere. The ubiquitous LeBlanc sponsored lots of local events across the South, including a December 1950 show at the Dome Theater in Hattiesburg (top right), where Santa Claus, sponsored by Hadacol, appeared on WFOR radio. LeBlanc promoted Hadacol on his own radio show as well, gave away lots of toys, created a “Captain Hadacol” comic book for kids, and wrote his own advertising jingle known as “The Hadacol Boogie,” which was recorded by Jerry Lee Lewis, among others. In 1949, the song as recorded by Bill Nettles reached country music’s Top Ten list. With this advertising, sales of Hadacol soared, and LeBlanc sold millions of bottles each year at a whopping $3.50 each for the family size bottle. 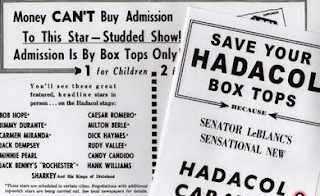 As with his earlier attempts at selling medicinal products, however, the FDA objected, but only because of the diseases that LeBlanc claimed the product would cure. By pulling those ads, he avoided trouble with the government watchdogs. Despite that, the public by now believed in its curative powers, and sales remained strong. In 1950, LeBLanc formed the “Hadacol Caravan,” a traveling show which wound its way across the South. Thousands of people purchased Hadacol to get the box tops (which served as a ticket) and each night turned out to see a truly outstanding array of entertainers, including Mickey Rooney, Bob Hope, George Burns and Gracie Allen, Minnie Pearl, Lucille Ball, Judy Garland, Chico Marx and Hank Williams, just to name a few. With bands and clowns and chorus girls, the show sold millions more bottles of Hadacol. In addition to the regular caravan, LeBlanc had a separate show for black customers consisting of blues and jazz musicians, including Sonny Boy Williamson, a native of Tallahatchie County (below) and a blues harmonica player. In 1948, Williamson started his own radio show in West Memphis, Arkansas, in order to sell the elixir. Williamson, who died in 1965, is a member of the Mississippi Musicians Hall of Fame. 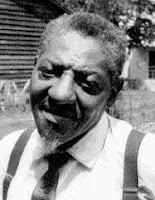 In 1951, LeBlanc took the caravan out west, where the Hadacol mania continued, ending in a month-long show in Los Angeles. As the caravan headed back east, though, LeBlanc suddenly announced that the company was being sold, and the wheels started coming off as the truth came to light. To everyone’s surprise, the company wasn’t nearly as profitable as imagined. In fact, the company was bankrupt and LeBlanc was in trouble with the IRS. It seems he had been spending far more on advertising and on the caravan than he was taking in. The new investors thought they were buying a tonic and instead got a lemon. LeBlanc, however, walked away with a bundle. When asked by Groucho Marx on "You Bet Your Life" what Hadacol was good for, LeBlanc said “It was good for about…5 and half million dollars for me last year.”

Dudley J. LeBlanc tried another tonic product later on and even ran for governor again, but failed in both attempts. Branded as the king of flim-flam, his reputation was ruined, although he was still a wealthy man. In the end, Hadacol remains as a fond memory for many, not necessarily because of its medicinal powers but because of the other ingredient in the tonic - Hadacol, as it turns out, was 12% alcohol! Although the alcohol was listed as a "preservative," the tonic seemed most popular in dry counties, where some pharmacies even sold it by the glass. The effect of the diluted hydrochloric acid in the tonic was that the alcohol was more quickly absorbed in the arteries, explaining the elixir's marvelous curative properties.

Here's to you, Dudley LeBlanc! Bottoms up...