The Miracle on the Gallows 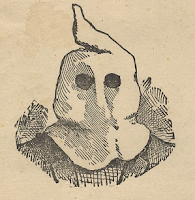 William Isaac Purvis was born in 1872 in Jasper County, Mississippi. His family moved to the Marion County area in 1884 to Devil’s Bend near Columbia. At the age of nineteen, Purvis decided to join the White Caps, a secret organization similar to the Ku Klux Klan. Shortly after Purvis joined the White Caps, a local African American farm hand named Sam Waller was abducted and flogged. Waller had been in the employ of a local widow and was lured away by the promise of more money by William and Jim Buckley. The White Caps apparently took offense that Waller left the widow with no help on her farm. 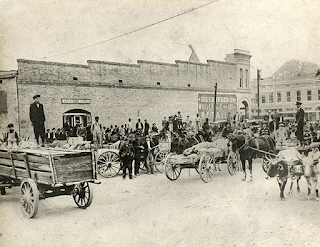 Following the incident, Will and Jim Buckley, both white men and also members of the White Caps, took Sam Waller to Columbia (seen here, in an undated photograph), where a grand jury was in session, to report the whipping, in essence accusing fellow "Whitecappers" of beating a black man. While on their way home, the three men were ambushed and Will Buckley was shot out of his saddle and died soon thereafter. Jim Buckley identified the shooter as young Will Purvis. Purvis was subsequently arrested and tried for the murder of Will Buckley. Based on the eyewitness testimony, Purvis was convicted for the crime, although he steadfastly claimed his innocence.

Purvis was sentenced to death by hanging and on February 7, 1894, the sentence was carried out. The day before the execution, according to a contemporary newspaper account, Purvis "passed a sleepless night praying and singing with the clergymen who came to visit him. But he steadfastly professed his innocence of the Buckley murder." The day of the hanging, Purvis was shaved, given a new suit, and led to the waiting gallows. After stepping onto the platform, his last words were ”You are going to take the life of an innocent man, but there are people here that know who did commit the crime and if they will come forward and confess, I will go free.” 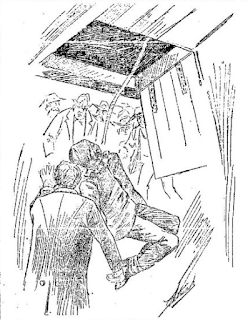 It was 12:30 p.m. when the black bag was placed over his head and the noose tightened around his neck. Before hundreds of eager spectators (some accounts say as many as 3,000), the trap door was released. Much to the astonishment of all those who had assembled to see the execution, though, Purvis did not swing from the hangman's noose. Instead, he plunged straight through to the ground. Somehow, perhaps miraculously, the noose had come loose, sparing his life. Later on, Purvis recalled that he "heard the door creak, my body plunged down and all went black. When I regained consciousness I heard somebody say, 'Well, Bill, we’ve got to do it all over again.'”

After witnessing this seemingly miraculous event, many in the crowd, especially the Rev. W.S. Sibley (one of the clergymen who had visited with him the night before), proclaimed that God had intervened on Purvis’s behalf and requested that Sheriff I.O. Magee return him to jail instead of retrying the hanging. Faced with overwhelming sentiment among the assembled throng not to go through with the hanging again, Purvis was indeed taken back to jail. The question of what to do with a man who had already been hung once had to be decided by the Mississippi Supreme Court. After considering his conviction, the court ruled that the death sentence still had to be carried out, and the hanging was rescheduled for July 31, 1895. The court's decision was met with scorn by many in the area, however, and the night before the rescheduled hanging a group of sympathizers helped Purvis break out of jail. For the next year, he was a man on the run, although the effort was capture him was apparently somewhat half-hearted. 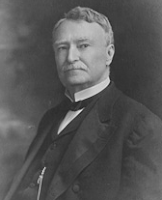 In 1896, Anselm J. McLaurin was elected governor and commuted Purvis’ sentence to life in prison, fulfilling a campaign promise. Two years later, on  December 19, 1898, McLaurin (right) granted Purvis a full pardon after Jim Buckley recanted some of his eyewitness testimony. Now a free man, Purvis married his childhood sweetheart in 1900, took up farming and fathered seven children. Although he was free, he continued to maintain that he had been wrongly convicted in the first. In 1917, Purvis' innocence was finally proven. On his deathbed, another man, Joe Beard, confessed that he had been involved in the ambush and identified the real triggerman as Louis Thornhill. Beard had been led to confess after attending a revival service. Because of his confession, Will Purvis was given $5000.00 in restitution by the Mississippi Legislature for having been wrongfully convicted and imprisoned. William Isaac Purvis (left) died in Purvis, Mississippi, on October 13, 1938, a truly free man. He was 66 years old. Louis Thornhill, identified as the real murderer, was never brought to trial.