In 1834, John Williams bought 162 acres of land at $1.25 an acre in the heart of the Mississippi Delta and established a river landing and trading post. The land he purchased had previously been Choctaw territory but had been ceded to the United States government in 1830 with the signing of the Treaty of Dancing Rabbit Creek. The landing was called (appropriately enough) Williams Landing and would become the town of Greenwood, which was incorporated ten years later. Due the central location of the new town in the cotton-rich Delta, Greenwood flourished, later earning the nickname the “Cotton Capital of the World.” A century later, the citizens of Greenwood celebrated the centennial of their city with an elaborate festival which included a recreated village, parades, pageants, exhibits and a grand ball. The festivities went off without a hitch, with one tragic exception.

Spring festivals had already been a tradition in Greenwood for a number of years prior to 1934. For example, in 1932, the “Gala Spring Fesitval” included a parade, dozens of exhibits displaying flowers and local products and, oddly enough, a reproduction of the Nova Scotia village of St. Pre’, made famous by the 1847 Nathaniel Hawthorne poem “Evangeline,” which was a highly fictionalized account of the Acadian exodus. In 1929, the story was revived in a popular film by the same name, starring the Mexican-born movie star Deloris del Rio. In 1934, she posed for a statue of “Evangeline” to be placed in St Martinville, Louisiana (right, where the statue remains today). Why the story of Evangeline was part of the Greenwood festival of ’32 is a bit of a mystery, but by all accounts it was a popular attraction.

For the centennial celebration, an even bigger festival was planned. The main attraction would be a reproduction of the original village at Williams Landing. The reconstructed town, located near the American Legion stadium at the corner of Front Street and Walthall, included a general store, a saloon, a log cabin and “an Indian wigwam.” The general store was used to display items related to Greenwood’s history collected by members of the Daughters of the American Revolution, while the saloon had beer for sale. Construction of the buildings and planning for the activities at Williams Landing (above) was led by a committee of the Chamber of Commerce, including a young lawyer named William S. Vardaman, Jr. Plans for opening day included an attack by “a tribe of wild Indians.” According to the Greenwood Commonwealth, the Indians were scheduled to “make their way stealthily up the river in boats and about dusk…terrify the unsuspecting settlers with their blood-curdling war whoops and dances performed by the light of flickering torches and blazing bonfires.” Following the attack by the “wild Indians,” on Thursday, May 3, 1934, visitors enjoyed a square dance. No doubt, with the aid of free-flowing beer from the saloon, a good time was had by all.

Throughout the weekend, the Spring Festival and Centennial celebration included plenty of activities, including a golf tournament at the country club, a flower show (complete with a tabletop miniature garden with miniature cabins, shrubs and a lake), a dog show, horse show, a fiddlers’ contest and a dance recital “featuring 16 beautiful dancers” from the Mississippi College for Women in Columbus. At the Paramount Theater, children were offered a free viewing of a “Mickey Mouse cartoon picture show,” while Mississippi State College presented a “Lilly White Minstrel Show” in the high school auditorium. One event which attracted a great deal of attention was a tennis match between two nationally-known stars, Bryan Grant and Gilbert Hall. Grant, who was known as “Bitsy” (he was only 5’4”), was a native of Atlanta. In 1930, he won the U.S. clay court championship and repeated as champion in 1934 and 1935. He was also very competitive on grass courts at Forest Hills, New York, and played on the Davis Cup teams for three straight years beginning in 1935. A member of the International Tennis Hall of Fame, “Bitsy” Grant (above) continued to play tennis past age 70. He died of cancer in 1986. His opponent in the demonstration tennis match in Greenwood was Gilbert Hall, a native of New Jersey. Although Hall did not achieve the same level of success as Grant, he played professional tennis until 1959 and won nine tournaments. As exciting as the tennis match and the attack by the Indians must have been, however, the big moment for the festival was the parade on Saturday.

Stretching more than two miles, the festival parade featured five marching bands, including the Mississippi State College band, the Drum and Bugle Corps from the American Legion, high school bands from Greenwood and Grenada, and a “harmonica band” from Water Valley. Complete with automobiles, horses, and beauty queens, the Commonwealth reported that the parade was “a pageant of gorgeous colors, depicting in kaleidoscopic manner the historical high lights” of Greenwood and the nation. Indeed, many of the floats had a historical theme. The town of Itta Bena, for example, had a float called “The Days of the Red Skins,” while the local Rotary Club submitted entries for the “Spirit of ’61” and Hernando de Soto (above). Other themes included the “Treaty of Dancing Rabbit Creek,” the “Spirit of ‘76” and “Eli Whitney’s Cotton Gin,” a float backed by the Planters Oil Mill. In addition to the floats, several towns and business decorated trucks for the parade. The prize for best decorated truck went to the Coca Cola company, with honorable mentions for both the Pabst Blue Ribbon and Budweiser trucks. 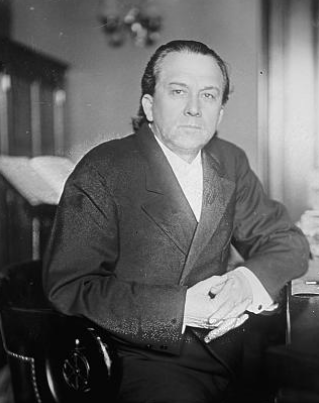 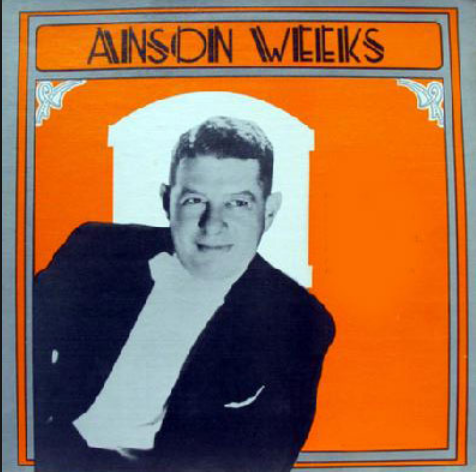 While thousands of visitors crowded the city to watch the parade and enjoy the exhibits, one person was not on hand to witness the spectacle. At noon on the day of the parade, William S. Vardaman, Jr., one of the festival organizers, died from injuries he received earlier that morning. Vardaman had been attending the Grand Festival Ball at the Greenwood High School, which was held the night before. Vardaman graduated from the high school and then went to Ole Miss. At twenty-six years old, he was considered “one of the most promising young lawyers in Mississippi.” He was certainly well connected. Not only was he the only son of a former mayor of Greenwood, he was also a nephew of former Mississippi Governor and U.S. Senator James K. Vardaman (top left), known as “The Great White Chief.” As a former editor of the Greenwood Commonwealth, J.K. Vardaman had strong connections in Greenwood. Thus, it was almost assured that his nephew would also enjoy a successful career. The band for the Festival Ball was the Anson Weeks Orchestra, a popular dance band from California. Weeks (lower left) formed his band in 1924 and recorded for both Columbia and Brunswick records. In 1931, the band garnered attention from an appearance on the “Lucky Strike Magic Carpet” radio show and had begun touring nationwide.

Apparently, the Anson Weeks Orchestra was a big hit in Greenwood, as the band was still playing at 2:00 a.m. During a break, young William Vardaman ran out of the school building to his car and ran into the flagpole in front of the school, fracturing his skull. Today, the old Greenwood High School is the Davis Elementary School (right). Vardaman lingered until noon, when he died at the Greenwood Leflore Hospital. Funeral services were held the following day at 4:00 at the family home on Grand Boulevard. All of the pallbearers were Ole Miss graduates and all but one were lawyers, including Paul D. Montjoy, Jr. (right) “Little Monty,” as he was known, was a member of the Ole Miss cross country team and was described in the 1926 annual as “staunch of heart and fleet of foot.” Among his law school classmates that year was a young attorney from Carthage who was “possessed of a liquid eloquence precipitated from his smiling lips in cadence with the elastic motions of his hands.”  His name was Ross Barnett.

Despite the tragic circumstances surrounding the death of William Vardaman, Jr., the centennial celebration of Greenwood’s founding appeared to be a signal success. In just twenty years (in 2034), Greenwood will be celebrating its bicentennial. Time will only tell if a similarly ambitious observance will be in the offing (though perhaps this time without the "wild Indians").