The Millsaps College School of Law 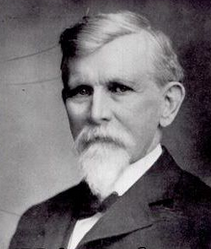 In 1890, Reuben Webster Millsaps, a prominent businessman and Methodist layman, donated $50,000, which was matched by Methodists across the state, to establish a college in Jackson. A Confederate veteran who was wounded twice during the war, Major Millsaps (right) was active in the development of the new college until his death in 1916. [For more on Major Millsaps, please see http://andspeakingofwhich.blogspot.com/2012/11/reuben-webster-millsaps.html. Today, Millsaps College is regarded as one of the best small, liberal arts colleges in the nation and is a leader in medical and business education, among other academic degrees. At one time, Millsaps also offered a degree in law, and for more than two decades the Millsaps College School of Law was the only law school in the state capital. 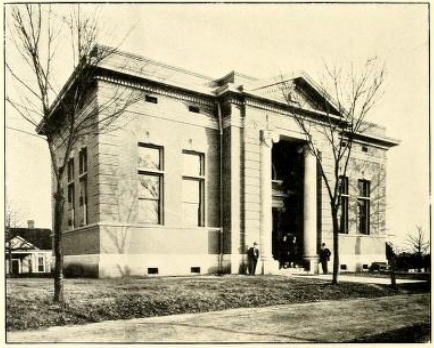 In 1896, the college’s board of trustees decided that Jackson, as the state capital, needed a law school. Of course, there was already a law school in Oxford at the University of Mississippi. The advantage of a law school in Jackson, they reasoned, was the location. According to the college’s bulletin, the presence of the United States court and the Mississippi Supreme Court allowed “the observant student [to] follow the history and course of cases in actual litigation from the lower tribunal to the highest, and observe in their practical operation the nice distinction between the State and Federal jurisdiction and practice.” There was also a very practical reason for locating in Jackson: students could use the “extensive and valuable State Law Library” at no cost. In the first year of the law school, twenty-eight students were enrolled, with fifteen seniors. Tuition was set at $66, which included a $5 “contingency fee.” Each student, according to the course requirements, was required “to present [a] satisfactory certificate of good moral behavior” prior to admission. To lead the new law school, Millsaps College called on one of the most respected legal minds in Mississippi with strong ties to the University of Mississippi. In fact, he was a former chancellor at Ole Miss.

Edward Mayes was born in Hinds County, Mississippi, in 1846. In 1860, he was in school at Bethany College in what is now West Virginia but came home to Mississippi with civil war on the horizon. For the first few years of the conflict, Mayes served as a clerk in Jackson but in April 1864 volunteered as a private in Co. H, 4th Mississippi Cavalry. In the fall of 1865, he entered the freshman class at the University of Mississippi and graduated from the law school in 1869. The same year, he married Miss Frances Lamar, who just happened to be the daughter of L.Q.C. Lamar, and she was the granddaughter of Augustus B. Longstreet, who was the second chancellor at Ole Miss. With his pedigree firmly established, Mayes (above) opened his law practice in Coffeeville and then moved to Oxford in 1872. He joined the faculty in 1877 and then became chancellor in 1889. He has the distinction of being the first native Mississippian and the first Ole Miss graduate to become chancellor of that institution. During his tenure, Ventress Hall was constructed as the library building; it would later serve as the law school. In addition to Mayes’ ties to L.Q.C. Lamar and the University of Mississippi, he was also a devout member of the Methodist Episcopal Church, South, and was a member of the 1890 General Conference in St. Louis. Thus, when Millsaps College established its law school, Mayes was a natural fit, having ended his tenure as chancellor in 1891. While at Millsaps, Mayes somehow found time to write a comprehensive history of education in Mississippi, a book published in 1899. Edward Mayes remained at Millsaps College until his death. 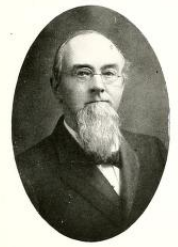 Also serving on the faculty was a distinguished lawyer and jurist named Albert Hall Whitfield. Whitfield, a native of Monroe County, Mississippi, was born in 1849, too young by a couple of years to serve in the Civil War. Whitfield graduated from the University of Mississippi in 1871 and then joined the faculty there, where he taught Greek, Latin, English and History. After practicing law in Grenada (where he married Miss Isadore Buffaloe in 1876), he moved to Oxford. Whitfield succeeded Mayes as a professor of law at Ole Miss until 1894, when he was appointed to the Mississippi Supreme Court by Governor John M. Stone. Whitfield (left) thereafter served as Chief Justice for ten years. When the Millsaps College Law School was established in 1896, Whitfield was already in Jackson and was a natural choice for the faculty. Not only did Whitfield know Edward Mayes from his days at Ole Miss, he remained the as Chief Justice of the Supreme Court while teaching law school! By all accounts, Albert Hall Whitfield was a colorful figure. Like Mayes, he was a frequent author, writing on such varied subjects as the question of Philippine annexation in Cosmopolitan Magazine. In private life, it was well known that he “fretted and fumed a great deal over things, whether State or society, that he felt were not justified by ethical standards.” Despite being a member of the Baptist Church, he apparently used the word “damn” quite liberally and often exclaimed that “Life is just one damn thing after another.” Whitfield died in Jackson in 1918. In a biographical account written by his close friend Dunbar Rowland is perhaps the finest thing that can be said regarding the end of a person’s life: “After a brilliant career in which he had borne himself well in both public and private life he retired to his library to happily browse among the books.”

Led by these two men, the Millsaps College School of Law endured and prospered for twenty-two years. Among those who attended the school were Luther Manship, Jr. of Jackson, who would serve in World War I as an artillery officer, and Isaac Lagrone Tigert of Tippah County, who was the Sergeant-at-Arms for the Mississippi Senate and was later elected to the South Carolina legislature. In 1917, however, Edward Mayes died suddenly, followed the next year by Whitfield. Thus, both of the men who had guided the law school for its entire existence were suddenly gone. More importantly, most of the male students at Millsaps were by then preparing for the war in Europe. Millsaps was among the sites selected for the Student Army Training Corps (S.A.T.C.), which was a program established by the War Department designed to use existing college campuses as training facilities for military personnel. The S.A.T.C. at Millsaps was led by Lt. Charles Gueltig (above left), a German immigrant and an attorney from Missouri. By 1918, Millsaps resembled an armed camp of instruction more than a college campus and many of the students left to join the war effort. Even one of Millsaps’ faculty members, Dr. John Marvin Burton (above right), volunteered and was killed in France. Burton came to Millsaps in 1910 and was a professor of romance languages and French literature. Apparently, he had volunteered for the war in allegiance to both of the “world’s greatest democracies.” His death was mourned by the entire campus and the 1919 annual, the Bobashela, was dedicated to his memory. In the memorial dedication, the writer stated that it was through his death that “Millsaps gave the best she had to the struggle for Liberty, and Fate took the best she gave.” Dr. Burton wasn’t Millsaps College’s only casualty of the First World War. The other was the School of Law, which was discontinued in 1917.

For several years after the war ended, there were attempts to revive the Millsaps law school, but to no avail. In 1930, a law school was once again established in Jackson, but it was no longer associated with Millsaps. Known as the Jackson School of Law, the law school was acquired by Mississippi College in 1975 and since 1980 has been fully accredited with the American Bar Association. The MC Law School remains the only other law school in Mississippi besides the University of Mississippi. As dedicated Methodists, it might displease both Major Reuben Webster Millsaps and Edward Mayes to know that the descendant of their beloved law school now belongs to Mississippi College.