The Battle of Oakland 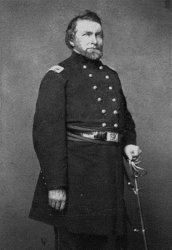 In the winter of 1862, Confederate Lt. Gen. John C. Pemberton’s army was secure behind a line of fortifications south of the Tallahatchie River in north Mississippi. Pemberton was waiting on an expected Union move down the Mississippi Central Railroad.  Toward the end of November, however, the Confederates abandoned these earthworks and moved further south to Grenada to a line of earthworks behind the Yalobusha River. The reason for the change in plans was a little-known but important raid led by Union Brig. Gen. C.C. Washburn.


Cadwallader Colden Washburn (1818-1882) was born in Maine. In 1839, he moved to Iowa, where he worked with the state’s geological survey. He then moved to Illinois to study law, and was elected surveyor of Rock Island County. In 1842, he moved yet again to Wisconsin and established a law practice. Washburn ran for Congress in 1854 and served three terms. When the Civil War erupted, he enlisted with the 2nd Wisconsin Cavalry, and was elected colonel. Washburn (right) was promoted to brigadier general in July, 1862. By that time, he had developed into a trusted cavalry commander. 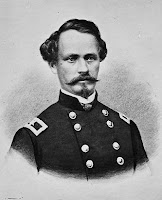 As Grant's army moved down the Mississippi Central Railroad, the Union high command decided to send a raiding force across the Mississippi Delta toward Grenada, effectively aiming for Pemberton’s unguarded left flank, and Washburn was selected to lead the expedition. His cavalry would be supported by infantry under Brig. Gen. Alvin P. Hovey (left). Hovey (1821-1891) was from Indiana. Despite being orphaned at age fifteen and growing up in extreme poverty, Hovey managed to accomplish a great deal before the Civil War. Studying to become a lawyer while working as a bricklayer, Hovey managed not only to become a lawyer but to serve in the state's constitutional convention and on the Indiana Supreme Court. He was also appointed by President Buchanan as a U.S. attorney, all by age forty. He would accomplish a great deal more after the war, including election as governor of Indiana and as minister to Peru. In the winter of 1862, however, he found himself in the Mississippi Delta commanding the infantry support for Washburn’s cavalry raid. Landing at the little village of Delta, Mississippi, on November 27, 1862, the combined force began moving east toward Grenada. All totaled, the Union force numbered about 10,000 men.


After crossing the Coldwater and Tallahatchie Rivers, Washburn’s force reached a place called Mitchell’s Cross Roads on November 29. At the crossroads, roads ran north to Panola (present-day Batesville) and south to Charleston and Grenada. Turning south, the Yankees reached Preston (near present day Scobey) on the morning of the 30th, about four miles west of the railroad. Still some distance from Grenada, Washburn was informed that heavy Confederate reinforcements were moving his way and he decided to abandon a move to Grenada itself and planned instead to aim for Coffeeville. In the meantime, he sent wrecking parties out to tear up the railroad as much as possible, sending troops to Hardy Station to the south and to Panola. 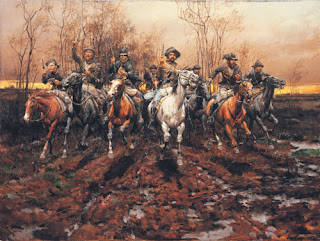 While Pemberton's army was in fact beginning to move to Grenada, the only troops immediately available to deal with Washburn and Hovey was a brigade of Confederate cavalry under Col. John S. Griffith. To counter the Union raid, Griffith had three regiments of cavalry, all Texas units, and one four-gun artillery battery from Arkansas, totaling just 1,200 men. While few in number, these Confederates were hard western troops, like the soldier below, who served in the 3rd Texas Cavalry. With such a disparity in numbers, however, Griffith's best hope was to delay the Federal column long enough for Confederate infantry to arrive in Grenada. 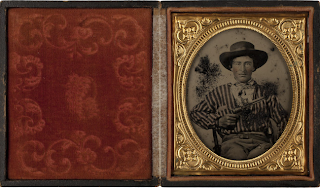 Rather than wait on Washburn’s men to attack him, Griffith went in search of the Federals, “determined to attack and harass them.” The weather was atrocious. Days of pouring rain had turned the roads into quagmires. In fact, the roads were in such horrible condition that Griffith decided to leave his artillery behind and move on with just his cavalry. Finding that the enemy was back at Mitchell’s Crossroads and about to move toward Oakland, Griffith decided to move to that place and set up a defensive line just west of town. There, Confederates waited on the Yankees to appear.

Oakland, Mississippi, was established in 1848. When the railroad came through in 1860, it missed the town by a short distance, so the town picked up and moved to the railroad, stores and all. The town’s most famous son is Dunbar Rowland (left), perhaps Mississippi’s greatest historian and the first director of the Department of Archives and History. Rowland was born in Oakland during the Civil War, but not until 1864. By then, the battle of Oakland was itself a part of history.


Back at Mitchell’s Crossroads, the Union cavalry prepared to advance toward Coffeeville, accompanied by the 30th Iowa Infantry and a section of artillery. Slogging along the muddy road toward Oakland at daybreak, the men were cheered when the sun finally broke through the heavy clouds. With the cavalry in the lead, things looked promising for Washburn’s men, although the roads were still caked with mud and the going was slow. With no Confederates in sight, however, it looked to be a good day.