A Horrid Tragedy: The Murder of Jeremiah Chamberlain 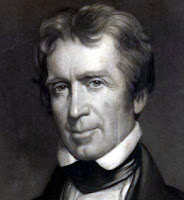 On September 5,1851, a violent and senseless act of murder took place at Oakland College, now the site of Alcorn State University. Attacked by an angry citizen, Jeremiah Chamberlain's death was perhaps a foreshadowing of the strife that would engulf the nation less than a decade later.

Jeremiah Chamberlain was born on January  5, 1794, and raised on the family farm near Gettysburg, Pennsylvania. His father was an officer in the Continental Army during the American Revolution. Jeremiah attended school in York County, graduated from Dickinson College in 1814, and, in 1817, was a member of the first graduating class at the Princeton Theological School. After graduating from Princeton, he was ordained by the Carlisle (Pa.) Presbytery and began preaching in Bedford, Pennsylvania, after a brief mission to the southwest.

In 1822, Chamberlain was selected as president of Centre College in Danville, Kentucky. Centre had been struggling financially because the state legislature had not given adequate support to the institution, despite the fact that it was technically a state-owned school. As Centre College also had ties to the Presbyterian Synod, Chamberlain reached an agreement with the state to transfer the school to the control of the Synod.  The next year (1825), with Centre College in good shape, Chamberlain accepted the presidency of the College of Louisiana. Not satisfied with the support the college received from the state of Louisiana, however, he formed his own academy in 1828 and established a Presbyterian Church in Jackson, Louisiana.

In 1830, Jeremiah Chamberlain moved again, this time to Mississippi, where he would establish a Presbyterian college with the assistance of the Mississippi Synod. Along with his wife and six children (one son and five daughters), Chamberlain moved to Rodney and began building not only a new college but two churches. Both Bethel Presbyterian Church west of Port Gibson and the Rodney Presbyterian Church (above) were started by Dr. Chamberlain. Both churches are still standing, although the present day Bethel Church is a "new" building (i.e., built in 1842). As for Oakland College, Chamberlain's experience at Centre College (which awarded him a Doctor of Divinity degree) and his trials at Louisiana College apparently paid off, and Oakland College was a success,  attracting students from throughout the region. Established in 1830, the college would be forced to close because of the Civil War. The Rev. Dr. Chamberlain, however, would not live to see his beloved institution close. 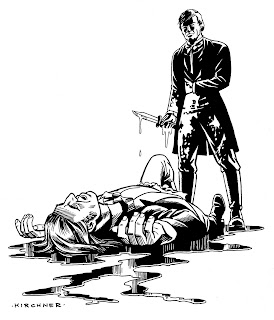 On the night of September 5, 1851, Chamberlain was stabbed to death in front of his home on the Oakland College campus by a local man named George A. Briscoe. Witnesses observed that Briscoe stopped at the gate of the house, and that Chamberlain had gone out to meet him. After a heated exchange, Briscoe stabbed Chamberlain in the chest. Staggering back to the house, the victim died in the arms of his wife Catherine. Accounts vary about the type of blade used (most identify the weapon as a Bowie knife), but all agree that Chamberlain was stabbed. The murderer rode away and hid for several days after the killing, but was himself found dead a week later, having either poisoned himself or by cutting his own throat. While a motive was never definitively established, most accounts relate the murder to politics.

As Chamberlain was a Pennsylvania man, rumors were afoot that the college was pro-Union and abolitionist. In 1851, Mississippi had undergone a tumultuous gubernatorial election in which Henry S. Foote (left), a pro-Union candidate, had defeated fellow Senator Jefferson Davis, who opposed the Compromise of 1850. The election was extremely close and highly charged. With tensions running high, fliers had been circulated before the election that charged Chamberlain and the rest of the faculty of "impropriety" for expelling a student for giving a states' rights speech on campus. Although Chamberlain denied all charges, George Briscoe wasn't satisfied and took matters into his own hands. As there were Briscoes enrolled in the school at the time, there may have some other grievance as well. The result was the same, however, whatever the motive: Dr. Chamberlain was dead. 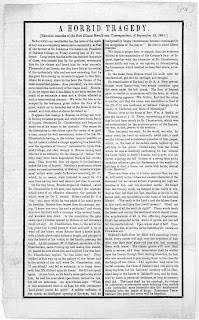 The newspaper accounts detailing the murder were filled with shock and remorse over the senseless death. The Daily Scioto Gazette in Chillicothe, Ohio, labelled the killing as a "foul and dastardly murder," while the New York Times, citing an earlier story in the Times-Picayune, called it a "dreadful affair." Closer to home, the Port Gibson Herald and Correspondent (right) labeled it a "Horrid Tragedy," and closed its editorial by writing "President Chamberlain has gone, but never will be forgotten." No doubt the murder deeply affected Chamberlain's family (two of his daughters apparently witnessed it) and the students of the small college, who considered Chamberlain to be a father figure. 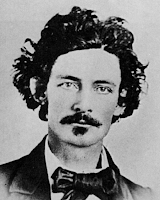 One student especially affected by the tragedy was Hiram Granberry, who had been at the school since 1846. Granberry (left) was so moved by the event that he decided to leave school and head west. Chamberlain's death was just the latest tragedy to affect Hiram, as both his parents died the year before in Hinds County. Granberry moved to Texas, and changed the spelling of his name to 'Granbury.' During the Civil War, he was elected colonel of the 7th Texas Infantry and returned to fight in the battle of Raymond on May 12, 1863. Serving throughout the war, he was promoted to brigadier general and commanded a brigade in Patrick Cleburne's Division. Along with Cleburne, he was killed at the battle of Franklin, Tennessee, on November 30, 1864. Years later, his remains were removed to Granbury, Texas, a town named for him. 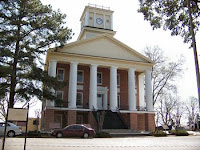 As for Jeremah Chamberlain, his grave remains on the campus of Alcorn State University, established in 1871 on the site of the Oakland College campus. Oakland Chapel (right), a remnant of the old college, is a centerpiece of the ASU campus, and Chamberlain's legacy is evident all throughout the Lorman and Port Gibson area, including Chamberlain-Hunt Academy. Unfortunately, the political strife which ignited the "horrid tragedy" divided the entire nation just ten years later, with equally tragic results.