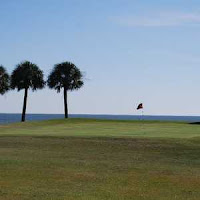 This weekend, just in time for Father's Day, was the annual U.S. Open golf championship, this year played in San Francisco. Of course, here in Mississippi we have both PGA and LPGA events and golf is a popular pastime for thousands. In fact, golf has been a part of the Mississippi sports scene for more than a century, with the first golf course opening in Gulfport.

In 1908, the Great Southern Golf Club was built to take advantage of tourists arriving on the Mississippi Gulf Coast via the Louisville & Nashville Railroad. Located near Beauvoir off of Hwy. 90, the club still has a railroad running through the middle of the course. Through the years, the Great Southern has seen its share of golf legends, including Ben Hogan, Sam Snead, Bobby Jones and Gene Sarazen, and was a regular host to President Woodrow Wilson, who likely played more golf than any U.S. president in history. In the 1940s, the club was the site of a PGA tour event called the Gulfport Open. During the 1945 tournament, "Slammin' Sammy" Snead (right) and Byron Nelson finished the regular tournament in a tie. Sent into a sudden-death playoff, Snead, who had just been released from a stint with the U.S. Navy during World War II, finally bested Nelson after nineteen holes. Later that year, Byron Nelson won an incredible eleven straight tournaments and won eighteen overall in 1945 alone.

Perhaps the most famous member of the Great Southern Golf Club is Mary Mills. Born in 1940 and a native of Laurel, Mississippi, Mills joined the LPGA tour in 1962 and won three major championships during her career, including the U.S. Women's Open in 1963 and the LPGA Championship in 1964 and 1973. Mills (left) began playing golf at age eleven. Beginning in 1954, at age fourteen, she won eight straight Mississippi State Amateur titles. A philosophy major at Millsaps College, Mills was the number one golfer at Millsaps throughout her four-year college career, and played on the men's team. After her career with the LPGA, Mills returned to school at Florida International University, where she earned a master’s degree in landscape architecture in the 1990s. Now a Florida resident, Mills is a golf course designer and golf instructor. No doubt, some of her architectural inspiration comes from an appreciation for the Great Southern Golf Club, which was designed by Donald Ross. 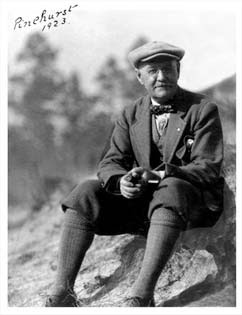 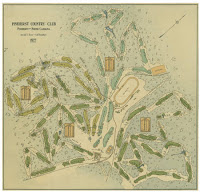 Donald James Ross (1872-1948), a native of Scotland, designed or redesigned approximately 400 golf courses from 1900 to 1948. After serving as an apprentice at the St. Andrews course in Scotland, Ross (right) immigrated in 1899 and was hired as the golf pro at Pinehurst in North Carolina the next year, where he began a long career as a player and course architect. Among the most famous courses designed by Ross are Pinehurst No. 2 and the Aronimink Golf Club in Philadelphia. The Great Southern was one of Ross' early courses, designed and built just nine years after he arrived in the United States. Like many of Ross' creations, the course features small, square, sloping greens, originally made of oiled sand. Although redesigned in 1999, the course still includes many of Ross' original design features, including the square greens. Donald Ross was a founding member and first president of the American Society of Golf Course Architects, which was formed in 1947. He died the next year while working on another of his course designs, the Raleigh (N.C.) Country Club. On the right is a course layout for Pinehurst drawn by Ross in 1922.

Although the Great Southern Golf Club has seen its share of tragedy, including damage from Hurricanes Camille and Katrina, the course has operated continuously for 108 years. While other venues in the region are considered more in keeping with today's professional tour standards, the Great Southern holds a special place in the golf history of Mississippi.