Col. Robert A. Smith in Life and Death

Robert Alexander and James Smith were brothers. Hailing from Edinburgh, Scotland, both Smiths emigrated to the United States. James Smith, the elder of the two, came to Jackson, Mississippi, in 1834 and over the next twenty years became a successful businessman. His younger brother Robert arrived in 1850. Unfortunately, James Smith had to return to Scotland due to his wife’s health, leaving his younger brother behind. Back in Edinburgh, the elder brother opened an iron foundry and within in a few years developed a great deal of wealth.

When the Civil War broke out, Robert enlisted in the Confederate Army, and was elected colonel of the 10th Mississippi Infantry in 1861 after the first colonel of the regiment unexpectedly died. Back in Scotland, James was doing his part, providing material and financial support to the Southern cause. After the battle of Shiloh and the siege of Corinth, the 10th Mississippi moved into Kentucky with Braxton Bragg’s army. On September 14, 1862, the regiment and the rest of James R. Chalmers’ brigade were engaged in battle at Munfordville, Kentucky. During one of the assaults, Robert Smith was mortally wounded and died a week later. Buried in Greenwood Cemetery in Jackson, Robert Smith was all of 26 years old. 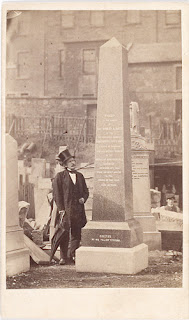 After the war, in 1868, James Smith erected a monument in Greenwood Cemetery to his brother’s memory. Another obelisk, this one located in Dean Cemetery in Edinburgh (below, left), was apparently erected at the same time and is very similar to the one in Jackson. Both mistakenly identify the battlefield as “Mumfordsville.” Incredibly, these two impressive monuments were not enough to satisfy James Smith’s desire to memorialize his fallen brother. In 1884. he traveled to Kentucky to locate the place his brother died and purchased enough property there to erect a 25-foot-tall, limestone obelisk weighing 35 tons. This monument (below, right) is dedicated to the “sacrifice of Col. Robert A. Smith and his regiment.” Apparently, the family believed that Chalmers ordered the 10th Mississippi into a suicidal charge in order to eliminate Smith, a potential rival to Chalmers. Carved from a single stone, the only monument made from a single stone larger than this in the United States is "Cleopatra's Needle" in New York. The Munfordville monument is listed in the National Register of Historic Places.

While James Smith made every effort to keep the memory of the gallant young colonel alive by erecting three separate monuments, it is James Smith that is perhaps best remembered in Jackson today. In 1884, the same year he traveled to Munfordville, Kentucky, he donated $100 to the city of Jackson to erect a fence around the grassy area just north of the governor’s mansion. Once among a number of green spaces originally designed for Jackson, the land was then mostly occupied by the livestock which freely roamed throughout the city. In appreciation for his gift, the city named the area 'Smith Park.' 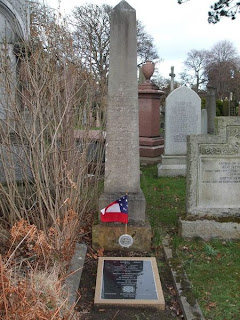 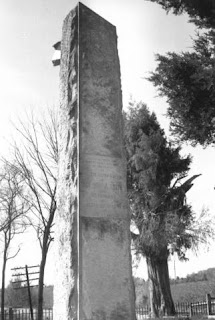