The Gentleman from Lafayette 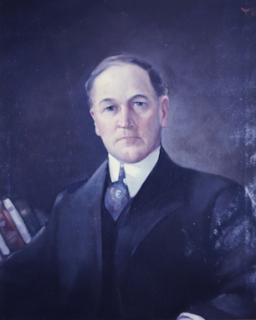 Lee Maurice Russell was born in 1875 in a little community about twenty miles southeast of Oxford called Dallas. After attending the public schools in Lafayette County, Russell graduated from the Toccopola Normal School in Pontotoc County and from the University of Mississippi in 1901. While Russell was a student at Ole Miss, he was a leader in a movement to abolish the Greek fraternity system. After attending law school, he was admitted to the bar and practiced law in Oxford.

In 1907, Russell was elected to the Mississippi House of Representatives and two years later to the state senate. As a state senator, Russell once again took up the fight against fraternities and introduced a bill prohibiting secret and exclusive societies at public colleges and universities. The law passed in 1912, and remained on the books for several years. In 1915, Russell was elected lieutenant governor at the ripe old age of forty. Russell’s term as lieutenant governor was during Theodore G. Bilbo’s first term as governor. 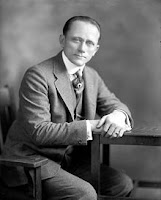 Still a young man (age 44), Russell ran for governor in 1919, and with the backing of Bilbo was elected governor in a four-man race which included former governor Andrew H. Longino, who came in next to last. Russell’s goals as governor differed little from his predecessor, who ran a populist and rather progressive administration. During Bilbo’s first term, for example, the legislature authorized a state highway system, provided for new hospitals, eliminated public hangings and managed the state budget through the years of the First World War. Bilbo (left) also pushed through funds for the restoration of the Old Capitol, which had fallen into a state of disrepair. On March 16, 1916, Bilbo signed a bill authorizing $125,000 for the renovation of the Old Capitol for use as a state office building. When Governor Russell took office, he carried forward most of Bilbo’s agenda, although he (thankfully) disagreed with Bilbo’s plan to tear down the Governor’s Mansion. Otherwise, his term was similar to Bilbo’s. Among Russell’s accomplishments was the adoption of a new state budget system, the establishment of the Mississippi School and Colony for the Feebleminded (later called the Ellisville State School) and the creation of the State Bond Commission to administer the construction of public buildings. Although his agenda was similar to Bilbo’s, Russell wasn’t able to accomplish as much because of a crushing agricultural depression brought on by drought and a boll weevil infestation. Because of the financial crisis, women’s suffrage remained stalled in the legislature, and a bill to move the University of Mississippi from Oxford to Jackson also failed. Russell was able to pass a law against hazing in colleges, however, leading one to think he must have had some bad experiences in a college fraternity at Ole Miss.

In addition to the financial crisis, Russell’s term was marked by controversy and scandal. In February, 1922, the governor was named in a $100,000 lawsuit by his former secretary, Frances Birkhead, who claimed that Russell seduced her, impregnated her and induced her to have an abortion which resulted in a botched operation, leaving her unable to have children. Birkhead, who had since moved to Louisiana, was suing the governor for breach of contract. In his defense, the governor claimed the suit was a sham concocted by the fire insurance industry, which was angry at his administration for pursuing anti-trust suits against several insurance companies. The sensational trial, which was covered by newspapers acros the country, took place in Federal court in Oxford, Russell’s home county, and began on December 6, 1922. Miss Birkhead took the stand and was cross-examined by the governor's attorney for more than two hours. Speaking in barely audible tones, she recounted that Russell made his advances while she worked as a stenographer during his gubernatorial campaign, and that the governor, who told her he was getting a divorce, "never left the office without kissing me good-bye." In his defense, the governor claimed the entire story had been fabricated by the fire insurance industry and their "pernicious" lobbyists in revenge for a series of anti-trust suits brought by his administration against several insurance companies. The jury for the trial was composed entirely of married men. In the end, the verdict came back in just twenty-eight minutes in favor of the governor and the suit was dismissed. Although the verdict favored Russell, another governor wound up serving time because of the suit. Former Governor Bilbo was called as a witness by the prosecution and was issued a subpoena. According to Birkhead’s lawyers, Bilbo, at the request of Gov. Russell, had gone to Birkhead to try and convince her not to file suit. Bilbo failed to show during the trial, though, supposedly hiding in a barn to avoid being served the subpoena. Remarkably, Judge Edwin R. Holmes sentenced Bilbo to thirty days in jail for contempt of court. Although Bilbo only served ten days in jail, it is safe to say that Judge Holmes was not included on Bilbo’s Christmas card list.

With such a scandal, it is unlikely Russell could have won another term as governor, but he was barred from running for a second term anyway, and retired to the Mississippi Gulf Coast, where he became a real estate agent. Later, he returned to Jackson to resume his law practice. Russell died in 1943 at his home in Jackson and is buried in Lakewood Memorial Park with a modest gravestone (left). His wife, former First Lady Ethel M. Russell, died in 1949 and is buried next to her husband. As for Gov. Bilbo, he went on to be elected again as governor of Mississippi and then went to the U.S. Senate. During his time in the senate, the other senator from Mississippi, Pat Harrison, nominated Judge Holmes – the same judge who threw Bilbo in jail – for the Fifth Circuit Court of Appeals. Naturally, Bilbo was outraged and spoke against the nomination for five hours in the Senate. In the end, though, his was the only vote against Judge Holmes.