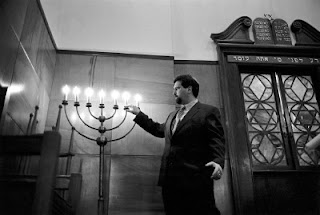 Judaism in Mississippi has a rich, vibrant history. Although never comprising more than a very small percentage of the state’s population, Jews have been a part of Mississippi’s culture since the mid-18th century. The earliest congregations formally established in Mississippi date to the mid-19th century, and were located chiefly in towns along the Mississippi River, including Natchez and Vicksburg. As the interior of the state developed, Jewish immigrants followed and took root in towns throughout the Delta and other sections of the state. In the Piney Woods, a part of Mississippi that experienced commercial development fairly late in the state’s history (mainly due to the timber industry) Jews were again part of the story. In Hattiesburg, the largest city in the Piney Woods region, Jewish immigrants arrived within a few years of the founding of the city in 1882 and have maintained a presence in “the Hub City” since.

In 1890, Maurice Dreyfus moved to Hattiesburg in order to operate a saw mill. Other Jewish immigrants followed, attracted – as most other folks who moved to the area were – by the booming timber and railroad industry. Born in 1847, Dreyfus (top right) was a native of Billigheim-Ingenheim, Germany. After immigrating to the United States, Dreyfus first moved to Brookhaven before settling in Hattiesburg. He died in 1937 at the age of 90. Other early settlers to Hattiesburg include Sam Shemper, who established a scrap iron and metals company, and Frank Rubenstein, who founded a department store in Hattiesburg known as “The Hub.” Rubenstein (below right) was a native of Verbovets, Ukraine, and immigrated to the U.S. around 1900. By 1919, he was known as “one of the leading merchants of the city,” and “The Hub” was one of the largest department stores in the region. Rubenstein (1884-1953) also had a store in Sumrall, and other family members, who followed him to Mississippi from the Ukraine, settled in nearby towns, including Laurel. Louis Buchalter, a tailor from Poland, immigrated to New York in 1911. In search of employment, he moved first to Natchez and then to Hattiesburg in 1915, where he opened a successful tailoring and alterations shop. The Louis Tailoring Co., which was advertised as “The Best Clothing Value in America Today,” was a fixture in Hattiesburg until 1982.

Hattiesburg’s congregation, known as B’nai Israel (“The Children of Israel”), was organized in 1915. Prior to that, Jewish citizens in Hattiesburg held religious services in Maurice Dreyfus’ home on Court Street (upper left) and then, in 1900, met on the top floor of the Oddfellows Building in downtown Hattiesburg (middle left). In 1920, the congregation purchased a lot at the corner of Hardy Street and Pine Street (now the location of Bancorp South), where a building was constructed from timbers purchased from old WWI army barracks from Camp Shelby. Camp Shelby, established in 1917, not only provided the raw materials for the first temple but was also a steady source of congregants, as many Jewish soldiers stationed at Camp Shelby took part of the life of the congregation. In 1946, B’nai Israel moved again, and constructed the present temple (lower left).

Throughout the life of Temple B’nai Israel, members as well as rabbis who have served the congregation have played a significant role in Hattiesburg’s business, cultural and social development. During the Civil Rights era in particular, Rabbi Charles Martinband (below) left his mark. Born in New York in 1895, Martinband grew up in Virginia. He returned to New York for college before moving to Memphis as director of a Young Men’s Hebrew Association in 1918. Within a year, he moved to the Chattanooga area, where he was a chaplain at Camp Forrest, a training camp for reserve officers during World War I named for Confederate General Nathan Bedford Forrest. Camp Forrest, along with other military installations, was located on the Civil War battlefield at Chickamauga. 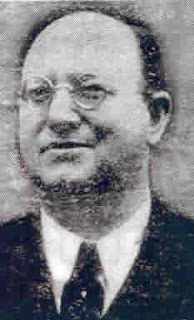 Following his stint as chaplain, he returned to New York for religious training and became a rabbi. As a rabbi, he served various congregations in New York and Pennsylvania before moving south again, this time to Alabama in 1946. While in Alabama, Martinband first became immersed in the race issues of the day. In 1952, he moved to Hattiesburg to serve as the rabbi at Temple B’nai Israel. While in Hattiesburg, Martinband became actively involved in the Civil Rights movement and was openly engaged with local black leaders, including Vernon Dahmer and Clyde Kennard. Naturally, his activities drew the ire of many in the white community of Forrest County, including the White Citizens’ Council and even some members of his own congregation, who had to try and balance social issues with business and civic concerns. By 1963, the pressure had become too great and Martinband left for Longview, Texas. The same year, in June, he was invited to the White House by President Kennedy to participate in a conference on “the present aspects of the nation’s civil rights problems.” Rabbi Martinband died in 1974. 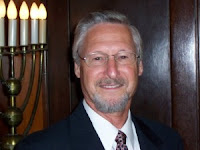 Like all the rabbis who have served Temple B’nai Israel, Martinband was affiliated with the Reform movement. Although originally founded as an Orthodox congregation, B’nai Israel became a Reformed congregation in the 1930s. Since that time, B’nai Israel has had twelve full-time rabbis, including Dr. Uri Barnea. The son of Holocaust refugees and a native of Israel, Rabbi Barnea’s professional background is in music. After serving in the Israeli military, Barnea (left) received a music degree from the Rubin Academy of Music in Jerusalem and, later, postgraduate degrees in conducting and composition from the University of Minnesota. Since 1978, he has served as an Assistant Professor of Music at Knox College in Galesburg, Illinois, music director of the Knox-Galesburg Symphony, the Billings (Montana) Symphony, and the Montana Ballet Company. An accomplished violinist, Barnea was awarded the first composition prize at the 1976 Aspen Music Festival for his String Quartet, and received the Montana Governor’s Arts Award in music in 2003. In 2004, Barnea ended his music career and entered the Rabbinical School at Hebrew Union College in Cincinnati, Ohio. After ordination, he served as an intern and student rabbi in Nashville, Winnipeg, and LaSalle, Illinois. In 2007, he accepted a position as a full-time rabbi with Temple B’nai Israel in Hattiesburg, where he served until 2014.