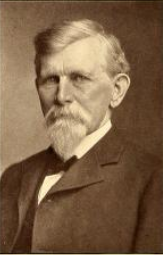 Reuben Webster Millsaps was born on May 30, 1833, in a rural part of Copiah County. His parents came to Mississippi from South Carolina in the 1820s, and his father Reuben taught school and farmed in the small village of Pleasant Valley. His son Reuben Webster was one of nine children. At age seventeen, the young Reuben walked to Natchez – a distance of sixty miles – and traveled upriver by steamboat to Madison, Indiana, to attend Hanover College. Two years later he transferred to Asbury College in nearby Greencastle, Indiana, where he finished in 1854 (Asbury would later be renamed DePauw University). After working for a couple of years on a plantation near Vicksburg to raise funds, Millsaps entered Harvard Law School, where he graduated in the class of 1858. One of his classmates at Harvard, a member of the Class of 1857, was Randal McGavock. After graduation from law school, McGavock was elected mayor of Nashville, Tennessee. During the Civil War, McGavock cast his lot with the Confederacy and became a colonel. At the battle of Raymond, Mississippi, Col. McGavock was killed in action on May 12, 1863. 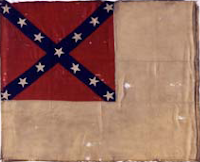 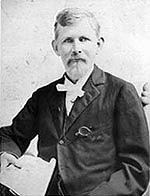 After graduation from law school, Reuben Webster Millsaps moved to Pine Bluff, Arkansas, where he practiced law until the outbreak of the Civil War. Also joining the Confederate army, Millsaps was a lieutenant in Co. A, 9th Arkansas Infantry. Millsaps was wounded in action at Shiloh and was then elected Lieutenant Colonel of the regiment. Fighting throughout the Vicksburg Campaign, Millsaps served with the regiment at Champion Hill on May 16, 1863, where, as part of Loring’s Division the regiment was cut off from joining Pemberton’s army in Vicksburg and wound up by a circuitous route in Jackson (some say Loring got “lost” on purpose). Whatever the truth, the 9th Arkansas was with Joseph E. Johnston’s “Army of Relief” and participated in the Siege of Jackson following the fall of Vicksburg. The regiment was then sent to Georgia. In Georgia, R.W. Millsaps was transferred to William W. Loring’s Division staff, where he served as Inspector General and attained the rank of Major in July, 1864. Later in the year, during the Tennessee campaign of 1864, Millsaps was wounded again at Nashville and, after recovering, joined the Army of Tennessee in the last months of the war in North Carolina. Major Millsaps served honorably during the Civil War, and was proud of his Confederate service. Throughout the remainder of his life, Millsaps (left) wore his Confederate gray uniform jacket as a reminder of his service and supported Confederate veterans’ causes. For example, in 1912, he contributed the princely sum of $5 to the Confederate monument fund at Shiloh. This monument, initiated by the United Daughters of the Confederacy, was finally dedicated in 1917, the year after Millsaps’death.

With the end of the war, Millsaps returned to Arkansas and his law practice, but he soon moved to Mississippi and gave up his law practice in favor of a life in business and finance. Forming a partnership with one of his brothers, Millsaps started buying and selling cotton and then opened a mercantile operation in Brookhaven in 1869. That same year, he married Mary F. Younkin Bean, the daughter of a prominent New Orleans banker. Just two years earlier, she had married S.H. Younkin in New Orleans (apparently, whether by death or divorce, the marriage didn’t last). After several years in Brookhaven, he sold the business and moved to St. Louis, Missouri, where he established a wholesale grocery and cotton business and made a fortune in the process. Four years later, he and his wife and an adopted daughter (Josie Buie Millsaps) toured Europe for a year before returning once again to Mississippi. Upon his return, Millsaps was involved in variety of business and financial interests, organizing the Merchants and Planters Bank in Hazlehurst, the Bank of Forest, and the Capitol National Bank and Citizens Savings Bank and Trust Company in Jackson. In addition, he served on numerous boards, including the Jackson Fertilize Company, Illinois Central Railroad, Jackson Light, Heat and Water Company and the Jackson Board of Trade. He was also a large landowner, particularly in the Mississippi Delta. Moving to Jackson, Millsaps built a home on State Street about 1888. The two-story Queen Anne house was modified after his death, but still stands and today operates as a bed and breakfast. Then as now, the Millsaps-Buie House (above) is a monument to his success as a businessman and prominent citizen of Jackson. Business, however, was never the most important aspect of his life. 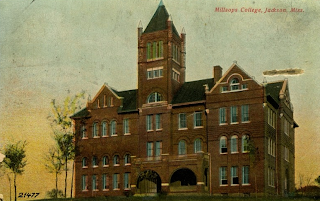 Throughout his adult life, Reuben Webster Millsaps was an active member of the Methodist Episcopal Church, South. He gave generously to Methodist causes, including the Methodist Orphanage, and was elected repeatedly to General Conference as a delegate. A personal friend of Bisohop Charles Betts Galloway, Millsaps taught Sunday School for twenty-five years and was president of the Board of Stewards at First Methodist Church (later Galloway Memorial) in Jackson for forty-five years. In addition to his interest in the church, Millsaps was interested in education. In 1889, during a joint meeting of the Mississippi and North Mississippi Conferences, discussion centered on establishing a Methodist college in Mississippi. Major Millsaps immediately pledged $50,000 for the establishment of a college, provided church officials matched the amount. With the backing of Bishop Galloway, the fund-raising was successful. With Jackson selected as the site, Millsaps College opened its doors in 1892. Once the college opened, Millsaps continued to give generously to the institution which bore his name, ultimately donating more than $500,000 toward the construction of buildings for the college on “Methodist Hill.” 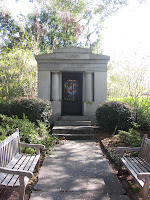 Reuben Webster Millsaps died on June 28, 1916, eight years after his wife. Major Millsaps requested that a mausoleum be built on campus, and it was completed in 1915, one year before his death. Built by the Albert Weiblen Marble & Granite Company of New Orleans, the tomb is located between Murrah Hall and the Christian Center buildings and contains the bodies of both Major Millsaps and his wife Mary. Inside the mausoleum is a stained glass window with a setting sun, a design chosen by Millsaps himself. When Millsaps died, all of the Jackson banks closed during his funeral, and the Millsaps College Board of Trustees passed a resolution stating that is was “a sacred and priceless privilege to have the bodies of our generous benefactor and his beloved wife to repose on the beautiful campus of our college which was so dear to the heart of our glorified co-worker and into which he put so much of the best energies of his life, thus consecrating it and giving us the opportunity to care for the tomb in which they shall sleep." His last words (supposedly) were "Tell everybody goodbye. Glory to the Father, Son and Holy Ghost, amen, amen."

Millsaps College, the 120-year-old legacy of Reuben Webster Millsaps, continues to honor its greatest benefactor and namesake in many ways, including naming their athletic teams the “Majors,” complete with a mascot, known as "Mr. Major," in the likeness of Major Millsaps (albeit with a foam head and a purple uniform).