From Shubuta to the Promised Land 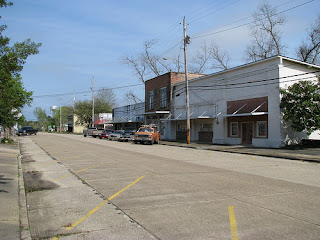 At first glance, the sleepy town of Shubuta, Mississippi, with a population of less than 700, seems to have little in common with Albany, New York, the capital of the Empire State with a metro population of almost a million souls. However, there is in fact a direct tie between the two, dating all the way back to the 1920s.

In the first decades of the 20th Century, more than a million African Americans left rural, Southern communities and moved north. Known as the the "Great Migration," the mass movement was in search of jobs in the industrial north and was to escape the segregated, Jim Crow system of the South, especially in Mississippi, Alabama and Louisiana. A second and much larger migration occurred from 1940-1970, this time involving more urban populations. Interestingly, the trend has now somewhat reversed, as economic fortunes have declined in the "rustbelt" of the Northeast and Midwest states.

One of the approximately 1.6 million blacks who migrated north was Rev. Louis W. Parson. Rev. Parson (a convenient name for a minister) was a Church of God in Christ pastor in Shubuta. In 1927, he and his wife left Mississippi and moved to Albany, New York, to seek a better life. In Albany, the Parsons settled in the South End, the city's traditional African American neighborhood. There, he established the First Church of God in Christ,* and, during a series of trips back home to Shubuta, Rev. Parson (left) convinced friends and families to join him in Albany. Over the next few years, dozens of families, many of them sharecroppers, left Mississippi for the "promised land" in New York. 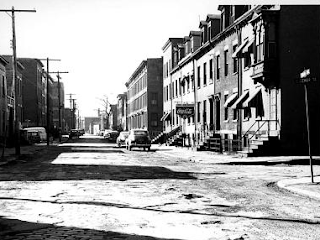 All was not as advertised, however. For one thing, Albany city officials were not very receptive to Rev. Parson's efforts to bring more unemployed people to Albany during the depths of the Depression, especially poor blacks. Even more significantly, the immigrants did not find city life much to their liking. Not only did Albany differ greatly from their rural environment back in Mississippi, they did not care for the presence of bars, gambling halls and brothels in their new neighborhood. To these religious folk, the sins of the city were far worse than the segregated South they left behind. In protest, some returned to Mississippi. 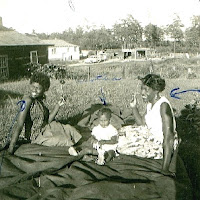 To remedy the situation, however, Parson had a unique solution. Rather to leave altogether, Parson and his followers found some rural property on the western edges of Albany. Purchasing approximately 30 acres, the transplanted Mississippians, to save money, built their own houses on the land. Not surprisingly, the houses they built looked similar to their homes in Shubuta. They also planted gardens and raised chickens, kept cows and other farm animals. Located on Rapp Road in an area known as Pine Bush, the community grew to twenty-three families at it's height and, in essence, recreated the rural life they had in Mississippi. In the photo to the left are some of the residents of the Rapp Road community, and the picture below shows the very rural nature of the Pine Bush area at the time. 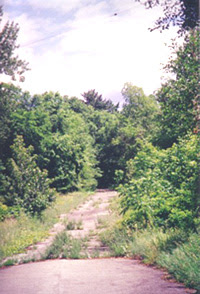 Rev. Parson died in 1940, but the unique community he helped establish survived intact until 1971, when the city of Albany expanded west. To handle the suburban growth, about half of the neighborhood was taken by eminent domain to build a road extension. However, portions of the original community still exist and have been recognized by being listed in both the National Register of Historic Places and as a New York State historic district. It is also the subject of a book by Jennifer Lemak, author of Southern Life, Northern City, which not only documents the history of the Rapp Road community, but highlights the many family ties that still exist between Shubuta, Mississippi, and Albany, New York.