"The Grandest Charge Ever Made:" Barksdale at Gettysburg 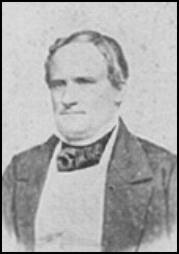 William Barksdale was born in Smyrna, Tennessee, in 1821, His father, also named William, was a veteran of the War of 1812. William Barksdale (the son) attended the University of Nashville and then moved to Columbus, Mississippi, where he studied law and became editor of the Columbus Democrat. He served in the Mexican War and was elected to Congress in 1852. A virulent States Rights advocate, Barksdale (right) resigned from Congress when Mississippi seceded, although he had not been a supporter of secession. He soon thereafter entered military service on behalf of the Confederate cause.

Barksdale’s first assignment was as quartermaster general for the state of Mississippi, and after that was appointed colonel of the 13th Mississippi Infantry. Sent to the eastern theatre, the 13th Mississippi was present at First Manassas (although they saw little action). During the Peninsula Campaign in the spring of 1862, Brigadier General Richard Griffith, also a Mississippian (though by birth a Pennsylvanian), was killed at the battle of Savage's Station. Assuming command of the brigade was William Barksdale, who then led his troops in a bloody charge at Malvern Hill. For his heroism, Barksdale was promoted to Brigadier General on August 12. 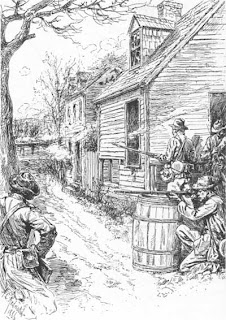 Barksdale's Brigade did not participate in the battle of Second Manassas, but was at Antietam. The brigade's greatest moment, however, came at Fredericksburg in December. Here, Barksdale's men were ordered to defend the town’s river crossings. Fighting street to street and house to house, the Mississippians effectively served as Robert E. Lee's rear guard, delaying Burnside's advance. The Federal's ill-advised assault against Lee's army at Fredericksburg, of course, caused massive casualties and was one of the worst Union defeats of the war. At Fredericksburg, William Barksdale and his Mississippi brigade rightly earned a reputation for hard fighting.

In May, 1863, Barksdale's men again fought at Fredericksburg, this time during the Chancellorsville campaign. Overwhelmed by John Sedgewick's VI Corps, Barksdale had to fall back, but was able to retake the lost ground the next day. After Chancellorsville, Lee's army crossed into Pennsylvania, and Barksdale's brigade would again be called into action at Gettysburg. 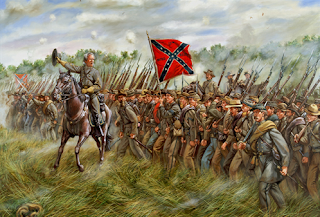 Barksdale and his men arrived at Gettysburg in the early morning hours of July 2, 1863. On July 2, Lee planned for James Longstreet's Corps to attack up the Emmitsburg Road against the Union left. In a part of the battlefield known as the Peach Orchard, Barksdale's Brigade, which included the 18th, 13th, 17th and 21st Mississippi Infantry regiments, anxiously waited for the order to attack. Particularly anxious was Barksdale, who had made several requests to his superiors to launch his brigade into battle. When the word finally came, Barksdale, with great enthusiasm, ordered his men forward. The Mississippians advanced, as one veteran recalled "yelling at the top of their voices, without firing a shot," and "sped swiftly across the field." A Union colonel who witnessed the charge called it "grandest charge ever made by mortal man." At the head of his troops rode William Barksdale, his sword raised aloft, his hat off and his white hair waving behind him.

For a time, Barksdale's men seemed unstoppable. Advancing nearly a mile, the brigade rolled up the Union troops positioned around the Peach Orchard. Smashing though that line, portions of the brigade turned north and wrecked an entire Union division, while others continued straight ahead toward Plum Run. Here, New Yorkers under the command of Col. George Willard (left) counterattacked, and the impetuous Confederate charge finally came to a halt. Barksdale, gallantly leading his troops, was shot from his horse, mortally wounded. When his hard-fighting men finally left the field, they had to leave Barksdale behind, and he fell into the hands of the enemy. Willard, the Union brigade commander, was killed in the fighting. 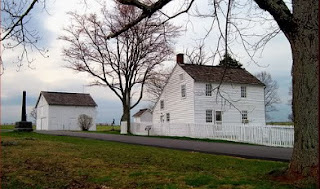 After Barksdale was found by Union soldiers, he was taken to a Union hospital at the Hummelbaugh House (right). Placed in the yard, Robert A. Cassidy, a musician in the 148th Pennsylvania, acting as a hospital steward, tried to comfort Barksdale by giving him water. When examined by a Union surgeon, it was found that Barksdale had been hit at least three times and probably had a punctured lung. After being given morphine for pain, Barksdale lingered for a time but died during the night. He was combative to the end, warning his captors that Longstreet would deal with them the next day. In the morning, Private Cassidy saw his body, and observed that souvenir hunters had taken almost everything of value from his corpse. Another soldier, recognizing him from his days in Congress, said that Barksdale's "bald head and broad face, with open unblinking eyes, lay uncovered in the sunshine. There he lay alone, without a comrade to brush the flies from his corpse." He was buried in a temporary grave behind the Hummelbaugh House. Before he was buried, Private Cassidy was able to retrieve a single Mississippi button from his coat and a strap from his sword belt, both of which he presented to Mrs. Barksdale when she came to Gettysburg to take his body home.

There is an odd story connected with Mrs. Barksdale's visit to Gettysburg. According to the tale, Mrs. Barksdale made the trip with her husband's favorite hunting dog. When the pair reached the gravesite, the dog began to whimper and wail, and the dog refused to leave the grave, even after the general's body was removed. Unable to convince the dog to leave, Mrs. Barksdale left him there. The dog remained at the grave until he died either of a broken heart or from lack of food. And, of course, no good story would be complete without an unearthly ending: on still nights, some claim you can still hear the dog howling for his master.

Aside from this interesting tale, we know that William Barksdale's body was returned to Mississippi and buried in Jackson's Greenwood Cemetery, although his grave is unmarked. As such, his final resting place has become the subject of endless debate. However, that is another story for another time.