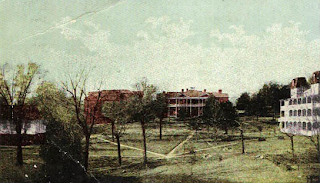 Blue Mountain College, located southwest of Ripley, Mississippi, in Tippah County has been in existence for 139 years. Founded by a former Confederate general and grounded in religious tradition, Blue Mountain has the distinction of being led for most of its history by one family.

Mark Perrin Lowrey (1828-1885) grew up poor. When his father, an Irish immigrant, died at a young age, his mother raised him and his ten brothers and sisters by herself. In 1846, Lowrey served in the Mexican War under Colonel Charles Clark (and a future governor of Mississippi), where he developed skills as a military man. After the war, although he was adept in the military arts, Mark Lowrey had a higher calling and entered the ministry, serving Baptist churches at Kossuth and Ripley until sectional strife began pulling the nation apart. Although he resisted leaving the pulpit for the army when Mississippi seceded from the Union, his military experience and public reputation made him a natural choice to lead men into battle, and the 6'3" Lowry finally agreed to join the Confederate cause. In April, 1862, he organized and was elected colonel of the 32nd Mississippi Infantry. 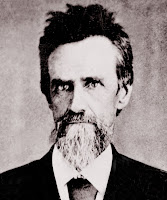 During the Civil War, Mark Perrin Lowrey was frequently seen at the head of his troops and was known for his bravery in battle. In fact, none other than Gen. Patrick Cleburne, after witnessing Lowrey at the head of his brigade at Chickamauga, proclaimed him "the bravest man in the Confederate army," Due to his skill as a soldier and his leadership on the battlefield, Lowrey (right) was promoted to brigadier general in October 1863. With the Army of Tennessee throughout his career, Lowrey served in the Atlanta Campaign and in the twin disasters at Franklin and Nashville. In March, 1865, he resigned his commission and returned to Mississippi to resume his ministry. In truth, however, he had never ceased being a Baptist preacher even while serving in the army. Known as the "Preacher General," Lowrey led prayer meetings and baptized soldiers throughout the war. According to one soldier, he "could preach like Hell on Sunday, and fight like the devil the rest of the week." 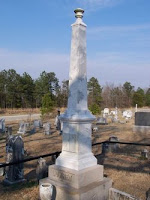 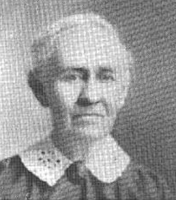 Although Lowrey returned to the pulpit after the war, he was not only interested in souls - he also understood the value of education, especially for young women. In 1873, to fill the educational void, Lowrey established the Blue Mountain Female Institute. From the outset, the school focused on developing not only the mind but the character of young women. The first faculty at the new school consisted of Gen. Lowrey and his two oldest daughters, Modena and Margaret. Modena Lowrey Berry (1850-1942), known as "Mother Berry," is considered to be the co-founder of the college and was the vice president at Blue Mountain for an incredible span of 61 years. At age 90, while still at her post, she fell and broke her leg after slipping on the steps of the college’s Administration building. Rushed to the Baptist hospital in Memphis, she spent several weeks in recovery. Unfortunately, she would never be able to walk again. Remarkably, she returned to her beloved college and resumed her duties in a wheelchair. "Mother Berry" (above left) died the next year, and was laid to rest in the Blue Mountain Cemetery. Her tenure as a college administrator is likely never to be equaled. Mark Perrin Lowrey died unexpectedly on February 21, 1885, at a depot in Middleton, Tennessee. While purchasing tickets to board the train for a return trip to Blue Mountain, the fifty six year old Lowrey simply fell backwards and died of an apparent heart attack. After his body was carried by train to Blue Mountain, thousands attended his funeral at Blue Mountain Baptist Church. He was buried at nearby Macedonia Cemetery, where students at the college later erected an impressive monument at his grave (above right). 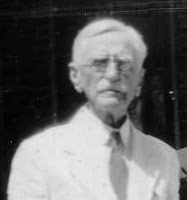 With the unexpected death of the school's founder, one of Lowrey's sons, Dr. William Tyndale Lowrey (left), was called on to take over the reins. W.T., as he was known, was a graduate of Mississippi College and was at the Southern Baptist Theological Seminary when he moved to Blue Mountain. He served two stints as president, the first from 1885 to 1898, and was also president of Mississippi College, Hill College and Clark Memorial College. The next president at Blue Mountain was another son, Dr. Bill Green Lowrey (top right). Also a Mississippi College graduate, B.G., in addition to his time as president of the college, was instrumental in establishing Baptist hospitals in Memphis and Jackson. He was also elected to Congress from Mississippi’s Second Congressional District. Finally, a grandson, Dr. Lawrence Tyndale Lowry (left), served as president of Blue Mountain College until 1960, when the first non-family member was elevated to the post. As with the other Lowrey presidents, L.T. also had a distinguished academic career. Another Mississippi College graduate, L.T. also studied at Tulane University and earned a Ph.D. from Columbia University. In addition to Blue Mountain, his academic posts included the University of Southern California and at the University of California.

In 1920, the college ceased to be independently run and was turned over to the Southern Baptist Convention. Even after the college changed hands, however, a Lowrey  (L.T.) was selected to serve as president. In the years following the last Lowery presidency at Blue Mountain, the college continued to thrive. The current president, Dr. Bettye Coward, is the first woman to lead the school and is only the seventh president in the college’s history. She has recently announced her retirement.

In 2005, Blue Mountain became completely co-educational, allowing male students into all degree programs. For most of the school’s history, however, it has served as a training ground for young women, and for the bulk of the school’s existence, has been led by members of one remarkable family.