Although Jackson State University football has fallen on hard times in recent years, the school has a track record of producing outstanding athletes, many of whom have gone on the star in professional football, perhaps none more prominent than running back Walter Payton.  Most people are not familiar with one chapter in Jackson State’s long history of success on the gridiron, however, and that is the story of the “Iron Thirteen.” 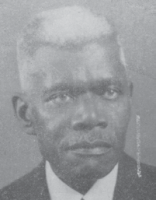 Football at Jackson State College began in the early 1910s. At the time, football was not a scholarship sport, so the team was completely dependent on volunteers. In the early years, games were mostly played against regional opponents like Campbell College (a school once located in Jackson) and Tougaloo College. In 1913, J.B. “Jubie” Bragg (left) arrived to coach football at Jackson State. Bragg came to Jackson from Florida A&M, and while in Mississippi his son Eugene attended the Jackson College Primary School, which was a teaching school on campus. After leaving Jackson State, Jubie Bragg returned to Florida A&M where he coached from 1923-25 and 1930-31. His son Eugene became FAMU's fourth head coach in 1934, and coached the Rattlers until 1935 when he was killed in a car accident. Today, the Florida A&M stadium is known as Bragg Memorial Stadium in their honor. 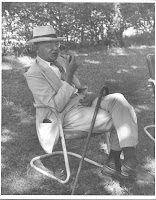 Coach Bragg stayed in Jackson until 1919. With his departure, Jackson State was left without a football coach. With no coach, only five or six players volunteered to play, obviously not enough men to field a team. However, those few continued to practice each day, even without a coach. Doubtful that the school would be able to field a team that year, Jackson State College president Zachary Taylor Hubert (right) decided to cancel the 1920 football season unless something changed. President Hubert, born in 1878, was a native of Georgia. One of twelve children, all who graduated from college (and one of two college presidents), Hubert had taught Science and Agriculture at Florida A&M and was the Superintendent of Building and Grounds at Spelman College in Atlanta before coming to Jackson in 1915. As president, Hubert did a great deal to get Jackson State on sound financial footing, improved the school’s academic record and established the athletic program. So, it was a tough decision to cancel football.

In fact, it didn’t happen. Instead, the six players continued to practice on their own until seven more students came on board. Now with thirteen players on hand, the team selected Earnest Richards, a French teacher, to serve as coach. Richards had never played football and probably knew very little about it, but took on the task of organizing a team. The players themselves drew up the plays and ran the practices. 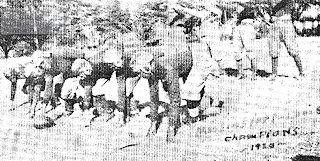 The first game during the 1920 season was against Tougaloo College, which the Jackson men won 13-0, followed by victories over Utica (63-0) and Mississippi Industrial College (21-14). Led by team captains Edgar Stewart and Percy Greene, the “Iron Thirteen,” as they would become known, went on to an undefeated season that year and won the Mississippi Louisiana Conference Championship (JSU did not join the SWAC until 1958). Incredibly, the “Iron Thirteen” went to two more undefeated seasons in 1921 and 1922.

Both of the team captains, Edgar Stewart and Percy Greene, are members of the Jackson State University Hall of Fame. Born in 1897, Greene was a World War I veteran, and in 1927 organized the National Association of Negro War Veterans. In 1939, he started the Jackson Advocate newspaper. As editor and publisher, he was an early advocate of black voting rights, although he often took controversial stances that alienated him from Civil Rights leaders. Percy Greene was editor of the Advocate until his death in 1977, at which time Charles Tisdale purchased the newspaper.

Although not as well known as more modern Jackson State squads, few teams at any school can boast of the accomplishments of the “Iron Thirteen.”