The Battle of Oakland, Part II


Thursday, December 3, 1862, was a “cool pleasant day” according Miss Emma Moore, a resident of Oakland. After days of torrential rain, the sun had finally started to break through the clouds. Unfortunately for the little village of Oakland, it would also be a day of battle, and Moore and the other folks in Oakland scurried for cover. 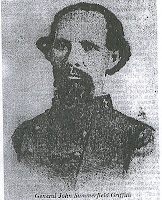 Confederate Col. John Summerfield Griffith (left), hoping to block the progress of a large Union raid moving from Mitchell’s Crossroads toward Oakland, had positioned his small cavalry brigade across a road junction just west of town. North of the road, Griffith placed the 3rd Texas Cavalry, while the 6th Texas, commanded by Capt. Jack Wharton, a cattleman by trade, defended the road to Charleston. Across the road junction itself, Griffith placed the 27th Texas Cavalry. With approximately 1,200 men under his command, Col. Griffith waited on the Federals to arrive.

The first shots of the battle of Oakland occurred when men from the 1st Indiana Cavalry ran into Confederate pickets from the 27th Texas. Hearing the firing up ahead, the rest of the Texas regiment rushed forward and pushed Washburn's advance unit back some 200 yards. Facing a vicious attack from the Texans, the commander of the 1st Indiana called for help and soon got it. With reinforcements stabilizing the front, Washburn decided to bring up some mountain howitzers (small artillery pieces), and with these guns the Federals hammered away at the Confederate line (due to the road conditions, Confederate artillery had been left behind). Col. Griffith wrote in his report that the fire from the howitzers "excelled anything I ever saw before." To counter the threat, Griffith ordered the 27th Texas to charge. When they did, the Indianans scattered, leaving behind the two mountain howitzers. 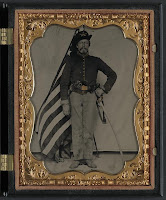 Now faced with a bad situation, Gen. Washburn brought up two more howitzers and again began blasting away at the Confederates. Griffith now ordered the 6th Texas to dismount and charge these guns. The attack never occurred, however, as Griffith realized his force was in danger of being flanked by the growing Union line. As such, Griffith withdrew the two regiments and recalled the 3rd Texas and retreated through Oakland. They were only able to withdraw one of the captured guns, however. Setting up a defensive line two miles east of town, the little battle of Oakland was finished. At the end of the day, neither side lost any men killed, although twenty-eight were wounded (ten Federals and eight Confederates).  After the fighting ended, Union soldiers briefly occupied the own of Oakland, much to the dismay of Miss Moore. As battles go, though, Oakland was really little more than a skirmish, but it had big consequences. As a result of Washburn's raid, Pemberton decided to fall back behind the Yalobusha River and into Grenada. Combined with later events, this likely protracted by several months the campaign to take Vicksburg. As for Washburn and Hovey, they returned to the landing at Delta and participated in the rest of the Vicksburg Campaign, which finally ended seven months later. 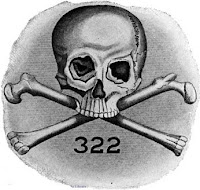 As with much of history, the people involved in events are often more interesting than the event itself. In this case, two of the principal actors in the battle of Oakland have interesting stories. Alvin P. Hovey, who commanded the Union infantry during the expedition, served throughout the Vicksburg Campaign and briefly during the Atlanta Campaign, but returned to Indiana in 1864 to command the military district there. Back home, Hovey investigated what he considered to be a group of spies and disloyal persons operating in the state, imagining a network of Southern sympathizers in league with the Sons of Liberty and the Knights of the Golden Circle, whose "Cross and Bones" symbol is seen here. To combat this perceived threat, Hovey rounded up dozens of suspects and dragged them before military tribunals, who were then sentenced to hang. Although they would later be given life sentences, one of the accused took his case to the Supreme Court. In Ex Parte Milligan, the Court ruled that the military trials were unconstitutional because there were civilian courts available. The decision was a narrow 5-4 vote, however, and only applied in states who supported "constitutional authority" (i.e., not in the Reconstruction South). Hovey would later serve as U.S. Minister to Peru and as governor of Indiana, but the Milligan case stands as a landmark constitutional issue, and is still being debated in the modern political world. The lead attorney arguing for the military tribunals was none other than Benjamin F. "Spoons" Butler. 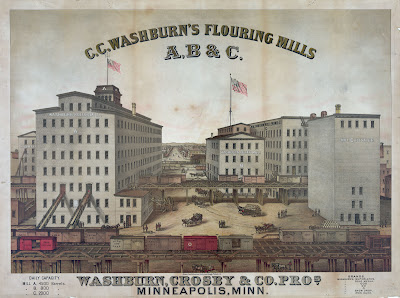 As for  Cadwallader C. Washburn, the leader of the expedition, he would became one of the most successful businessmen in the nation. Prior to the war, Washburn had been involved in the lumber and mining industry in Wisconsin, but in 1866 he opened his own flour mill operation in Minneapolis. A huge complex known as Washburn "B" Mill, it was considered too large to turn a profit, but Washburn did and then built a second one known as Washburn "A" Mill, which was even larger. In 1878, the "A" mill exploded, killing eighteen workers in the process. Washburn (right) rebuilt the mill and made it even more successful, despite suffering from epilepsy and having a wife whose mental illness required commitment to an asylum. By the time of his death in 1882, C.C. Washburn had built his milling operation and other business interests into a huge corporation, eventually known as General Mills. Today, General Mills is an American Fortune 500 company headquartered in Golden Valley, Minnesota, a suburb of Minneapolis, and includes many well-known brands such as Betty Crocker, Yoplait, Totinos, Pillsbury, Green Giant, Häagen-Dazs, Cheerios, and Lucky Charms.