"Your unfortunate Brother:" The Hanging of L.H. Musgrove 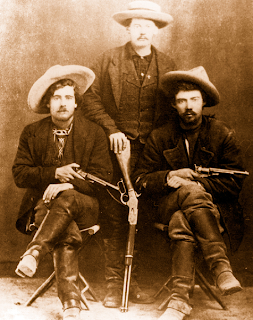 In 1868, a Mississippi-born outlaw met his maker at the hands of an angry mob in far-off Colorado. It was perhaps a fitting end for a man who spent much of his life on the wrong side of the law.

Lee H. Musgrove, better known as "L.H.," was born in Como, Mississippi, in Panola County, possibly in the early 1840s. Like many, Musgrove left Mississippi in search of gold and headed for California, where he settled in the Napa Valley. While there, he earned a reputation as a gunfighter and was forced to leave his adopted state after killing a man who reportedly insulted his Southern heritage. Musgrove, who was described as a "man of large stature, of shapely physique, piercing eye and steady nerve," killed two more men in Nevada and another man in the Idaho territory. From Idaho, he fled to the Wyoming Territory, where he organized a gang of cattle rustlers and horse thieves. The Musgrove gang was ultimately credited with stealing horses and cattle from Texas to Kansas, and may have killed at least a dozen men in the process. The photo above is a period image of men identified as cattle thieves, considered by citizens at the time no less a crime than murder.

In 1868, L.H. Musgrove and his gang was operating primarily in southern Wyoming and northern Colorado. Five years earlier, Musgrove had been arrested and charged with murder at Fort Halleck (now located in Wyoming). Taken to Denver for trial, he was released on a technicality. Unfortunately, he did not change his ways and instead began preying on government wagons and outposts along the Overland Trail. The success of the Musgrove gang in stealing horses and cattle called for action by the authorities, and the man selected for the job was Dave Cook. 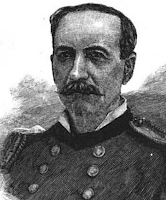 David J. Cook (right) was born in Indiana but, like Musgrove, moved west looking for gold in 1859. In 1861, he enlisted in the 1st Colorado Cavalry and spent much of the war hunting 'Confederate spies.' In 1866, Cook became the city marshal in Denver, and later founded the "Rocky Mountain Detective Association," which brought him cases throughout the west. In 1867, he began tracking down the members of the Musgrove Gang. In 1868, Abner Loomis (left), a prominent citizen, local political figure and president of the Poudre Valley Bank in Fort Collins, arranged to meet with Musgrove. For whatever reason, the outlaw considered Loomis a friend. It was a setup, however. While visiting with Loomis, Musgrove was seized by Cook and arrested. Taken to Denver in handcuffs, Musgrove was thrown into the Larimer Street prison. One of the reasons Musgrove was taken to Denver was to lure other members of his gang to Denver, and it worked. A man named Ed Franklin, one of his most infamous lieutenants, was gunned down by Cook in a Denver hotel. 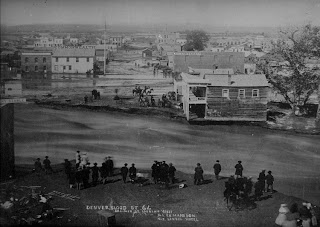 In prison, Musgrove bragged that he would escape, no doubt convinced that his gang would soon be able to free him. His bravado outraged the citizens of Denver, though, and on November 23, 1868, a vigilante group composed of fifty of Denver's citizens, some of them prominent men, removed Musgrove from prison with the intent to hang him. Taken to the Larimer street bridge across Cherry Creek (the photo to the right shows the bridge site during a flood in 1864), Musgrove was placed on a wagon under the bridge footing with a noose around his neck. Never once begging for mercy, he asked that he be allowed to write to his brother and his wife. Handed a pencil, the mostly illiterate Musgrove scribbled two notes. To his brother back in Como, Mississippi, he wrote: 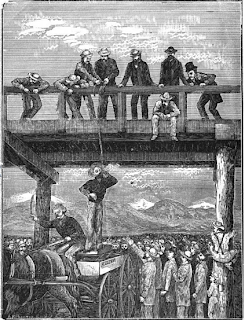 My Dear Brother
I am to be hung to-day on false charges by a mob my children is in Napa Valley Cal - will you go and get them & care of them for me godd Knows that I am innocent pray for me but I was here when the mob took me. Brother good by for Ever take care of my pore little children I remain your unfortunate Brother
good by
L.H. Musgrove

To his wife, he wrote a similar message, saying "Before this reaches you I will bee no more." Soon after writing the notes, Musgrove was allowed to finish his cigarette, which he "did in the most nonchalant manner." Then, as the wagon was moved from underneath him, Musgrove's time was up. He died instantly with a broken neck. * 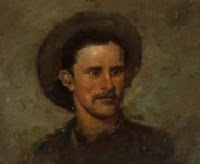 One of the people present to observe Musgrove's final moments was Alexander Proctor. A Canadian by birth, Proctor was an budding young artist (he was only eight years old at the time) and sketched what he saw that day. As he grew older, Proctor focused his attention on wildlife and natural scenes of the Western frontier. An avid hunter, he made detailed records of all sorts of animals he encountered in the Rocky Mountains. With his knowledge and artistic abilities, Proctor went on to become a prominent sculptor, especially of animals. Studying in New York and Paris, Proctor worked with other well-known artists like Augustus Saint Gaudens to create numerous monuments and statues. Among Proctor's many works are equestrian statues of William T. Sherman in New York and General John Logan in Chicago's Grant Park (for these, he sculpted only the horses). Seen here is his  “Bucking Bronco” statue in Denver, along with his painted self-portrait. Alexander Phimister Proctor lived a long and colorful life. In 1947, he shot a bear during a hunting expedition to Alaska, seventy years after shooting his first bear. He died in Palo Alto, California, in 1950, just days shy of his ninetieth birthday.

As with many tales from the old West, the characters in this little drama seem bigger than life. Yet, there is much I do not yet know about L.H. Musgrove. I hope to discover, for example, who his parents were, the identity of his wife and brother, and a photograph of him, if one exists. And, of course, I’d also like to know if there is a family connection to Ronnie Musgrove, who was elected Governor of Mississippi in 2000. Governor Musgrove is also a native of Panola County.

* Some of the details of the hanging comes from an 1882 memoir written by Dave Cook. Titled Hands Up! or Twenty Years of Detective Work in the Mountains and on the Plains, the book highlights Cook's exploits as a lawman. The illustration of the hanging is from the book.