Soldier, Planter and Politician: The Life of Ridgely Powers 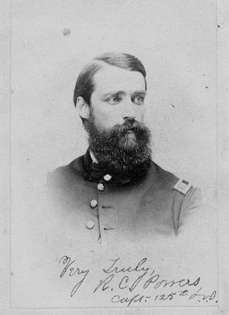 We live in a mobile society, or so it seems. Certainly, we have the ability to transport goods and people long distances in a short amount of time. The fact that we tend to move around a lot, though, doesn’t mean that folks in other times were not just as mobile, although perhaps at a slower pace. In fact, one particularly interesting aspect of 19th Century life in America is just how often people picked up and moved to someplace else, whether they were seeking fame and fortune, to escape some persecution, or perhaps to escape prosecution. The subject of today’s article is about one such traveler. Along his way, he just happened to become governor of Mississippi. 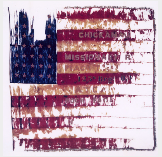 Ridgely Ceylon Powers was born in Mecca on Christmas Eve in 1836 (Mecca, Ohio, that is). Powers attended college at the University of Michigan and did post-graduate work at Union College in Schenectady, New York. In 1862, he enlisted as a private in the 125th Ohio Volunteer Infantry, although he was soon promoted to Second Lieutenant. The 125th Ohio was organized in October, 1862, under Colonel Emerson Opdycke. Known as “Opdycke’s Tigers,” the regiment served mostly in the middle Tennessee area, and participated in the battle of Chickamauga and Missionary Ridge. In 1864, the “Tigers” moved to north Georgia and and fought in the Atlanta campaign and in the battle of Franklin, Tennessee, where Opdyke’s brigade, which included the 125th Ohio, fought near the Carter House. After the fighting ended, the regiment remained in northern Alabama and Tennessee until June 1865, and then moved to New Orleans and Texas, finally mustering out in September. By the end of the war, Ridgely C. Powers had become colonel of Opdyke’s old regiment. 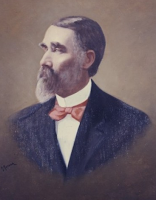 Powers left the army in December 1865, but rather than return to Ohio decided to remain in the South. After purchasing land in Noxubee County, Mississippi, he became a successful planter. Three years later, he was appointed sheriff of Noxubee County by the military governor of Mississippi, James L. Alcorn. The same year (1868), Powers joined the Republican Party. Incredibly, he was elected Lieutenant Governor the very next year. Unlike most "carpetbagger" politicians, Powers was at least respected by the state's former Confederates. On November 30, 1871, on the seventh anniversary of the battle of Franklin, Powers became governor of Mississippi when Alcorn resigned to go to the U.S. Senate. As governor, Powers pushed economic and agricultural reform and industrialization even in the midst of the violence of Reconstruction. In general, Powers believed in reconciliation with Democratic Party factions. This stance did not sit well with more radical elements of the Republican Party, however, who nominated and elected their own candidate for governor in 1873 after a party split resulting in two separate tickets. The winner was Adelbert Ames, a Radical Republican and a former Union general (at his death in 1933, Ames was the last surviving general officer from the Civil War). After Powers' conciliatory positions had been repudiated and his term expired, he left public life and, after a time, left his adopted state.

After leaving Mississippi, Powers headed west, first going to Santa Monica, California, then to Prescott, Arizona, where he operated several businesses and served as the U.S. Collector of Customs in Nogales. In the early years of the 20th Century, Powers moved again, this time to Los Angeles, where he operated a ranch. Ridgely Powers, after living and working in Ohio, Michigan, New York, Mississippi, Arizona and California, died suddenly at his ranch on November 11, 1912. He is buried in Angelus Rosedale Cemetery in Los Angeles. Sadly, there is no mention of his being governor of Mississippi, and although there is a grave stone acknowledging his service in the Civil War (above), it is incorrect, listing his unit as the 25th Ohio instead of the 125th Ohio. Ridgely Powers is by no means unique in his wanderings. In fact, Adelbert Ames' life is even more colorful and diverse (and no doubt the subject of a future article). Nonetheless, Powers' story – as a soldier, planter, politician, businessman and rancher - deserves to be remembered.