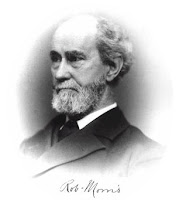 Robert Williams Peckham was born on August 31, 1818, in the vicinity of Boston, Massachusetts. At age seven, his father died, leaving him an orphan, and he was placed in a foster home, where he took the name of his foster parents, which was Morris. Bob Morris, as he would be known, grew up in New York and received a college education. After teaching for several years, Morris moved to Oxford, Mississippi, where he was president of Mount Sylvan Academy, an institution established by Freemasons. On March 5, 1846, Morris himself became a Master Mason. He also found a wife in Oxford, marrying Charlotte Mendenhall on August 26, 1841. 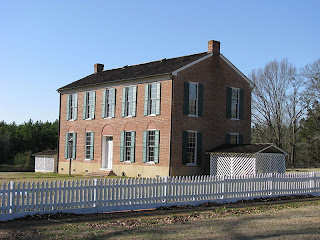 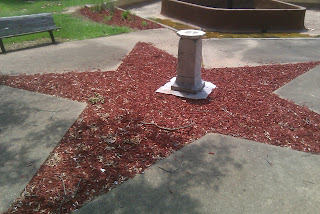 In 1848, Dr. Morris left Mount Sylvan Academy to become principal of the Richland Literary Institute in Holmes County. Richland Institute had been established the year before by the Masonic Lodges of Holmes County. To house the school, the county’s Masons raised $3,400 to build a two-story, brick building (left). The building also served as the meeting place for the Eureka Masonic Lodge No. 61. In 1848, the same year Morris arrived, the name of the school was changed to the Eureka Masonic College.
Thoroughly impressed with Masonic teaching and the benefits he had derived from the fraternity, Dr. Morris was concerned that women were not in some way able to enjoy the same benefits from Freemasonry. Thus, while at Eureka Masonic College, more popularly known as “The Little Red School House,” Morris began exploring the possibility of creating a separate Masonic organization for women. In concert with his wife, he worked to perfect his idea during his time at Eureka, and today the site is recognized worldwide as the birthplace of the Order of the Eastern Star. During the winter of 1849-1850, Morris was in Jackson recovering from an illness. While in Jackson, he completed the first ritual of the new fraternity, called the “The Rosary of the Eastern Star” and initiated the first members of the new society, including his wife and daughters. The site of this first initiation is located in Smith Park in Jackson, and is marked with a monument (left) dedicated to Dr. Morris, surrounded by a five-pointed star laid in the ground. 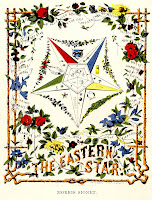 In 1855, Dr. Morris organized a “Supreme Constellation” from which charters could be issued for new chapters of the O.E.S. across the nation, and named himself the Most Enlightened Grand Luminary. Headquartered in New York, the organization grew rapidly. Morris, meanwhile, left the “Little Red Schoolhouse” and moved to LaGrange, Kentucky, where he became a professor at the Masonic University in 1860. The Eureka Masonic College (never more than a secondary school) closed in 1861 when the Civil War began, and the school building briefly served as the headquarters or muster site for Co. C, 15th Mississippi Infantry, known as the “Quitman Rifles.” After the war, the building was used as an African American school and remained so until the 1950s.

Dr. Rob Morris spent the rest of his life working with the Order of the Eastern Star and in various Masonic circles, and traveled extensively. He spent a year in the Holy Land, where he organized the first Masonic Lodge in Jerusalem. In 1858-59, he was the Grand Master in Kentucky, and wrote the constitution for the Kentucky Grand Lodge. Morris was also a prolific writer and composed more than four hundred poems, mostly on the subject of Freemasonry. So numerous and popular were his poems that in the 1880s he was named “Poet Laureate of Masonry,” a title held previously by Robert Burns more than a century before. In 1880, the General Grand Chapter of the Order of the Eastern Star conferred on Dr. Morris the title of "Master Builder of the Order of the Eastern Star" and established August 31 (Morris’ birthday) as the Festal Day of the Order.

In 1887, Morris’ health started to fail and by the next summer he had become paralyzed. He died on July 31, 1888, and is buried at in LaGrange, Kentucky, where a large monument (above) was erected in his memory. Today, the “Little Red School House” is owned by the Mississippi Grand Chapter of the O.E.S. and serves as a shrine to Dr. Morris’ work to establish the order, which is now a worldwide institution. The building is also listed in the National Register of Historic Places.