The Horror of Brooksville 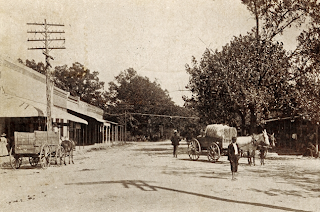 About a mile south of Brooksville, Mississippi, is a house with a tragic past. Known as the Thompson place, the house was the scene of horror on December 4, 1865. While much of the story about what took place there is folklore, enough of the facts remain to paint a very gruesome picture indeed.
Brooksville is located in Noxubee County, in the heart of the Mississippi prairie, approximately nine miles north of Macon. Established in the 1830s, the community blossomed just before the Civil War because of the Mobile & Ohio Railroad, which was built in 1857. Before the railroad arrived, Thornton K. Thompson, a native of Garrard County, Kentucky, moved to the area and established a cotton plantation. Based on the number of slaves he owned (more than thirty), his plantation was a success. To get his product to market, Thompson and the other plantation owners made good use of the Tombigbee River, located several miles to the east. 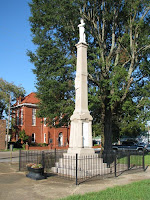 By 1865, the last year of the Civil War, Thompson, by then in his mid-sixties, had been married four times. With each wife he had produced children, including six with his fourth (and current) wife, Mary. He had several adult children by other wives, including sons Roland, James and Joseph. When the war began, at least one of his sons joined the Confederate Army. Roland M. Thompson enlisted in Co. D, 41st Mississippi Infantry in the spring of 1862. Fighting in every campaign until August 1864, Roland died in the army, and is listed along with the other Confederate dead on the monument (left) in Macon, Mississippi, the county seat. Whether he died of disease or in battle is unknown.
According to local legend, Roland's half-brother James also enlisted in the army, although there is no record of his service. Also according to legend James was so distraught at his brother's death that he deserted his regiment. The story sometimes names this grief-stricken brother as Richard Thompson, though no such name is found in the Thompson family. Whether James or Richard, the younger brother is then said to have escaped to Brazil in order to establish a Confederate colony. While in Brazil, so the story goes, he is received by the Brazilian Emperor Dom Pedro II. Impressed with his education and personality, the Emperor introduces the young Mr. Thompson to his daughter and the two soon fall in love and plan to marry, despite the fact that James (or Richard) already has a young wife back home in Brooksville. After the war ends, the prodigal son returns to the plantation aboard a Brazilian frigate docked on the Tombigbee River, and greets his father with news of a grand business deal with the Brazilian government to buy his father’s cotton. Delighted with the return of his son and anxious to find a market for his cotton, Thornton Thompson eagerly begins loading the ship for the return trip to Brazil.
Ah, but all is not as it appears. James' real plan is to steal the cotton from his unsuspecting father, take the proceeds for himself, and return to Brazil to marry the Emperor’s daughter. However, his plans are soon thwarted by his wife when she discovers an incriminating letter in his clothes. Armed with the knowledge of his betrayal, the father confronts the son. From there, the whole conspiracy is brought to light and things quickly spin out of control, descending into a tragedy of unimagined proportions. All this sounds like the storyline of an opera, and in fact much of it is fiction. 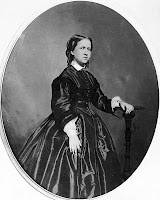 There are several problems with the story. First, if James Thompson served in the Confederate Army, it is hard to imagine how a lone deserter could make his way to Brazil during the war. Even if he did, why would the Emperor be interested in a Confederate deserter from Brooksville, Mississippi, becoming his son-in-law? In reality, neither of his daughters could possibly be candidates for marriage to James. Isabel, born in 1846, was short, fat and had no eyebrows. Despite her appearance, her father shopped her around the courts of Europe for a suitable husband. At first selecting the French Duke of Penthievre, the marriage never went off because the Duke was “not interested in women” and declined the offer. Instead, a nephew of the Prince of Joinville named Gaston was sent to Brazil to meet Isabel (right). When Gaston arrived, he described her as “ugly” – but not as ugly as her sister Leopoldina. Thus, Gaston agreed to marry Isabel, while Leopoldina married Gaston’s first cousin Ludwig, also sent to Brazil at the request of the Prince. Second, there is also no record of a wife back in Brooksville, identified in the story as Sally Monroe. As for a Brazilian frigate coming up the Tombigbee River in 1865, it is perhaps possible but seems highly unlikely. With all these irregularities, is there any truth to the story? Unfortunately, yes. Something horrific did occur on December 4, 1865. 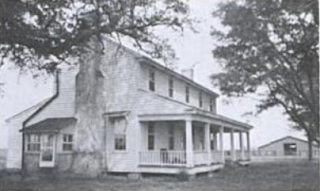 Whether or not James actually had a deal with a foreign government to buy his father's cotton (some accounts indicate a connection with Peru), it is safe to say that he had convinced his father there was such a deal in place. It is also likely, based on the events about to unfold, that James Thompson was attempting to defraud his father, and there is some indication that an older brother, Joseph, was in on the conspiracy. Unlike the popular story, it was not James' wife who blew the whistle, but his step-mother, Mary. Perhaps growing concerned that her husband was about to lose his wealth and property to his sons from another marriage (and, thus, leaving her and her children destitute), Mary Thompson raised the alarm, and Thornton became suspicious.
When James discovered that the plot was unraveling, he flew into a rage and went to the family home (above) to settle the score with his meddling step-mother. Apparently, he was armed to the teeth. According to a contemporary account in the Memphis Appeal, James “entered the house, and, it appears, shot his sister Margaret with a shot-gun, as she was in the act of dressing herself. She had one stocking on and had another in her hand. The shot took effect in her right shoulder and side nearly tearing the arm from the body, and mangling the side most horribly.” Next, James shot his step-mother Mary. Before she died, she begged James “most piteously not to shoot.” The murderer then shot his brother Henry Clay Thompson in the head with a pistol, killing him instantly. Upstairs, the two remaining children bolted the door, but James climbed the stairs and forced the door open. Jemima, age fifteen, managed to run past him and down the stairs, only to be caught and fatally shot in the head. The last remaining child, Emily, was shot at least two times but somehow managed to survive the attack. All told, James Thompson brutally murdered four members of his family.

Not content with this revenge, James went back toward the river to find his father. Meeting him on the road in a buggy with the sheriff, James took aim and fired, wounding Thornton in the hand. He was not able to kill him, however, and James fled toward the river to try and escape. A posse was quickly raised and cornered him on the boat. Justice was swift. After capturing the murderer, he was taken back to the plantation where the killings took place and hung from an oak tree. His body was buried beneath the tree, while his victims were all buried in the nearby Sharon Cemetery.  The newspaper described the murderer as a “small man, with a pleasing but reckless face.”
Thornton Thompson, having lost most of his family in the most horrific manner imaginable, left Noxubee County, relocating to Clarke County, Mississippi, where he began life anew. There, he married again and had another child, named Mary. Before leaving Noxubee County, he disowned both his son Joseph and his daughter Fannie (his first and second children from his first marriage), indicating perhaps some involvement on their part in the conspiracy to defraud him. Thornton Thompson himself died in 1869. He did not live to see his daughter Mary, who was born in 1870. Emily, however, the lone survivor in the attack, preceded her father in death. Emily died in 1868. She too is buried in the Sharon Cemetery. 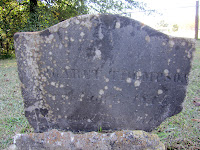 Today, this tragic story is hardly remembered. If remembered at all, it is entwined in half-truths and folklore. The true circumstances may never be known, but the end result is the same - four brutal murders and a family torn apart in a rage of violence and betrayal. The house where the murders took place still stands, though it has long since been deserted. Naturally, there are tales of ghostly visitations and blood on the stairs that can't be removed.  In this case, though, the horror of what really occurred should be sufficient without the supernatural. The small cemetery is the greatest witness to the killings. There, four lonely graves, all with a common death date of December 4, 1865, lie forgotten in time. The fifth grave's location, that of the murderer, is unknown. Although his body was later moved to the cemetery, he was not laid beside his victims but buried elsewhere. His tombstone has since disappeared and his burial place forgotten.