The Wreck of the Josephine 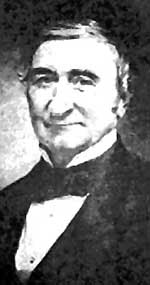 Charles Morgan, born in 1795 and a native of Connecticut, began working in an uncle’s store as a teenager. By age twenty, he had started his own import business. Successful in this endeavor, he next entered the shipping trade and invested in a steamship line. In the years just prior to the Civil War, Morgan (right) had built his own fleet, concentrating in the Gulf Coast region. He also owned the Morgan Iron Works Company in New York City. Employing 1,000 workers, the iron works provided steam engines for hundreds of vessels and made machinery for Union warships during the Civil War, including the construction of the ironclad Onondaga. Although he profited from the Union war effort, he also supplied ships as blockade runners in the Gulf region for the Confederate war effort (although most of his ships had been seized by the Confederate navy). He also invested in railroads, and was the driving force behind the construction of the New Orleans, Opelousas and Great Western Railroad in the 1850s. Morgan saw the railroad as a means to ship his goods, which arrived in New Orleans on his steamships, to Texas and other markets. Although the Civil War halted work on the railroad, Morgan picked it back up after the war and expanded the line toward Lafayette. He died in 1878, just months before the railroad reached the city. By the time of his death at age 83, Charles Morgan was one of the most powerful shipping and railroad magnates in the United States and was instrumental in the development of the merchant steamship trade along the Gulf Coast. 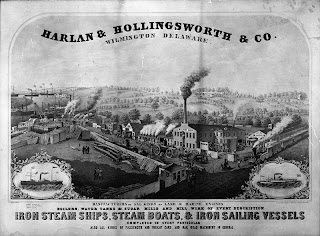 Among the steamships included in the Morgan line was the Josephine. In 1867, Morgan contracted with the Harlan and Hollingsworth Company of Wilmington, Delaware, to build the ship, which was completed the next year. Made of iron, the Josephine weighed 1,282 tons and was 235 feet long. She arrived in New Orleans on her maiden voyage on February 29, 1868, making stops in Havana, Cuba, and Key West, Florida, along the way. Described as “beautiful and elegant,” the ship carried as one of her passengers Charles Morgan himself, along with members of his family. After arriving in New Orleans, the Josephine was put to work carrying passengers, freight and mail between Brashear City, Louisiana (later renamed Morgan City in honor of Charles Morgan), and Galveston, Texas. She was also used for tourist excursions. For example, in June 1874, the New Orleans Mechanic's Fire Company, No. 6, was transported to Galveston and back, along with the fire engine, on a sightseeing expedition. In 1875, she served as a rescue vessel for citizens of Corpus Christi attacked by Mexican bandits. 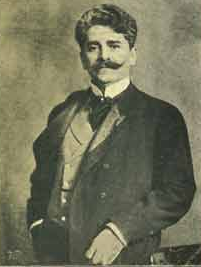 In January, 1881, the Josephine was shifted to the New Orleans-Havana route. On the 27th, she left New Orleans, arriving in Havana several days later. On February 2, the Josephine left Havana with several passengers, including Professor Franko’s musical troupe and a cargo of tobacco and cigars. Jewish immigrant Hamman Franko came to New Orleans from Germany and worked as a jeweler. A strong Confederate sympathizer, Franko fled New Orleans when the Federals captured the city in 1862 and returned to Germany. There, all eleven of his children received musical training. After the war, the family toured together, playing at Steinway Hall in New York in 1869. Moving on to other cities, the Frankos performed again in Washington, D.C., where a young John Philip Sousa heard them and made note of their musical talent. One of the sons in the musical troupe, Nahan (above), toured the world as a child violinist and later became the concertmaster for the Metropolitan Opera Orchestra, a position he held from 1883 to 1907. Born in New Orleans in 1861, Nahan Franko died at age 68 in Amityville, New York. Pallbearers at his funeral included Theodore Steinway and John Philip Sousa. 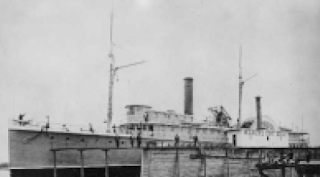 After departing Key West, the Josephine (seen here in dry dock) picked up more passengers, including some Italian crewmen who had survived the sinking of their ship on its way from Pensacola to London. During the voyage from Cedar Key to New Orleans, someone noticed that the ship was leaking (there was a storm in the Gulf at the time). Although the crew and passengers tried to bail the water, the leak could not be contained and the ship was finally abandoned. According to a contemporary newspaper account, the water “was pouring in at a fearful rate." After more than a day of taking on water, the Josephine slowly rolled to one side and then sank into the waters of the Gulf of Mexico. Although none of the more than 65 crew members or passengers were lost, Professor Franko lost all of his band instruments and costumes, including six trunks, six valises, and three violins, one of which was worth $1,000. The Josephine itself, valued at $75,000, was the first loss in the Morgan shipping line in eleven years. The only loss of life was the captain’s dog. Sinking in 1881, the Josephine was rediscovered more than a century later, in 1997, when the sidewheel steamship was identified by the Minerals Management Service, part of the Department of the Interior. Lying in about 38 feet of water between Horn and Ship islands off the coast of Mississippi, the wreck of the Josephine is in excellent condition, and is one of three steamships (out of 117 owned by Charles Morgan) to be discovered in the Gulf of Mexico. The wreck site has been listed in the National Register of Historic Places, although the exact location is classified. 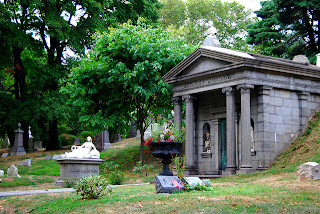 The Morgan railroad and shipping line continued in the family for a few years after Charles Morgan’s death in 1878. Taken over by his step-son, Charles A. Whitney, the company continued in the family for just three after his death in 1882. In the early 1870s, Charles Whitney and his wife Mary Louise Morgan build an enormous mansion on St. Charles Avenue in New Orleans (above right). According to one writer, the house became “one of the chief sights of the city…To contemporaries, it epitomized the new New Orleans.” In 1940, however, it was demolished to make way for an apartment building. The Morgan Iron Works was sold to another investor in 1867 and remained in operation until 1908. Today, the site of the former Morgan Iron Works in New York is a low-income housing development. As for Charles Morgan, his final resting place is certainly not in a low-income housing district. Instead, the once powerful railroad and shipping magnate resides in a palatial tomb in the Green-Wood Cemetery in Brooklyn (above).