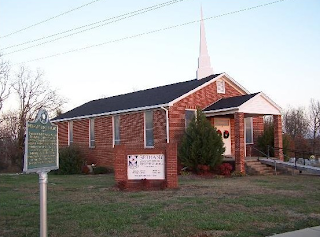 Organized on June 5, 1852, the Bethany Associate Reformed Presbyterian (A.R.P.) Church had a charter membership of twenty-five, including four slaves, three of whom came with their owner, the Rev. J.L. Young, one of the first pastors of the congregation. Like most of the early members of Bethany Church, Young moved to Mississippi from Providence Church in South Carolina. At first meeting in a log house owned by a nearby Methodist congregation, the members of Bethany built a small frame church building for approximately $800 in 1853. Located at an obscure cross roads near Guntown, Mississippi, the first worship service in the new building was held on July 31, 1853.

Like most congregations, Bethany experienced its share of highs and lows. The year 1857, however, was a particularly difficult one in the history of the church, as twenty members died of dysentery. In a September 2, 1857 report to the Presbytery, the congregation reported that "...God, in his inscrutable wisdom, has seen fit to cause us to pass through the furnace of affliction. For more than two months past, dysentery, or flux, as it is usually denominated, has prevailed to a most alarming and fatal extent – the angel of death has been sweeping over us, hurrying from our society and our sight in rapid succession, many of our friends, neighbors, and acquaintances, consigning them to that narrow house appointed for all the living.” During August and part of September, burials occurred almost every day, and the burial-ground "filled up wondrously fast." 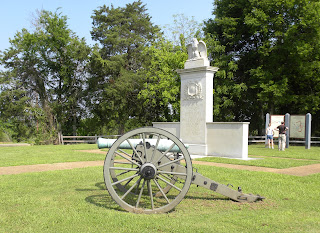 Other tragedies occurred as a matter of course. John Haddon, for example, a fifty-year old elder in the church, was killed when a rotten tree stump fell on top of him. The greatest tragedy to strike the church, however, was man-made. In June, 1864, two armies arrived at Brice's Crossroads and the church found itself at the center of a whirlwind.

At the beginning of the Civil War, as with most places in the south, men from Bethany volunteered for service in the Confederate army, most of them marching off with the 32nd Mississippi Infantry. Back home, much of the war was spent just trying to survive. Then, on June 10, 1864, the battle of Brice's Cross Roads engulfed the church and the area in a storm of shot and shell. When the fighting finally ended, there were hundreds of corpses to take care of, some of them buried in the Bethany Cemetery and others buried where they fell. Dead and dying men were lying throughout the church yard and in the burial ground, and by necessity the church and grounds became a hospital. Although the church and the congregation would survive the day of battle, it was, to say the least, a most difficult and trying time.

Much of what we know about Bethany Church, Brice's Cross Roads and the surrounding area is because of a diary kept by the Rev. Samuel Agnew. Born in 1833 and a native of South Carolina, Samuel Andrew Agnew attended Erskine College and Seminary in Due West, South Carolina, and received a doctor of divinity degree in 1852. After the war (in 1867) he became pastor of Bethany A.R.P. Church, and preached regularly at other congregations in the area. He would remain as pastor at Bethany for thirty-two years. Agnew's diary, kept daily throughout his adult life, is an important resource for historians. The diaries are now part of the collection at the University of North Carolina at Chapel Hill, and are available online. Agnew's diary entries during the period surrounding the battle of Brice's Cross Roads are especially interesting, and written in a style befitting someone older than thirty years (Agnew's age during the battle). Agnew's house, known as the "White House," also became part of the battlefield, and in the days following the battle Agnew writes extensively about the carnage left behind by the armies. The "White House" photo below was taken in 1896. 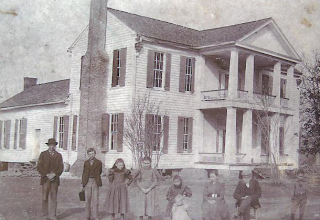 Rev. Agnew continued preaching and lived near Brice's Cross Roads until his death in 1902. He is buried in the Bethany Cemetery (below), across the road from the modern Bethany A.R.P. Church. A state historical marker is located at the church, and new interpretive signs mark the site of the White House and other sites associated with the battle as part of a driving tour. 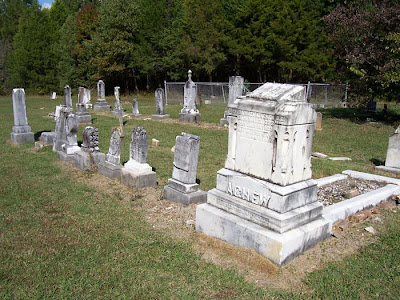