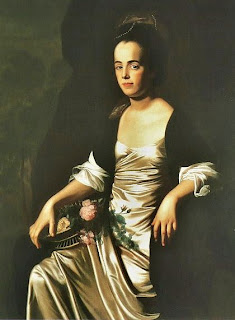 Judith Sargent Murray (1751-1820) is considered one of America's first public champions of women's equality, education, and economic independence. A largely self-educated writer, her literary career included essays, poetry and plays. First married to sea captain John Stevens (1741-1786), she later married the Reverend John Murray (1741-1815), who was the founder of the Universalist church in America. Often writing under a pseudonym, Murray's work appeared in a variety of publications in New England. In 1790, using the pen name “Constantia,” she published an essay on the rights of women called “On the Equality of the Sexes.” This essay predated by two years a better known essay by the feminist writer Mary Wollstonecraft. In 1798, Murray published her landmark book "The Gleaner,” selling advance subscriptions to such luminaries as George Washington and John Adams. 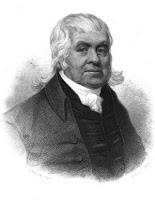 Judith Sargent Murray embraced the Universalist interpretation of scripture at an early age, and her commitment to the Universalist cause deepened after meeting John Murray (left) in 1774, known as the "Father of American Universalism." In 1788, Judith and John Murray were married (after the death of her first husband) and in 1791, a daughter, Julia Maria, was born. When the Murray family moved to Boston in 1794, more children were added to the household. Along with Julia Maria, Murray oversaw the education of ten nieces, nephews, and children of close family friends. As a devoted mother and aunt, Murray put her advocacy for equality of education into rigorous practice. As the wife of Rev. Murray, she was also very active in forming the theology and polity of the Universalist movement, and in 1782, she anonymously published a Universalist catechism. 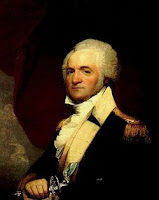 Throughout her life, Murray was an avid letter writer and at age twenty-one began making copies of her outgoing correspondence. Totaling almost 2,000 letters, the last is dated August 14, 1818, and is written from Boston, three years after the death of her husband John. Soon thereafter, Judith moved to Natchez to live with her daughter and to be near her brother’s family. Her brother, it so happened, was Winthrop Sargent (right), secretary and acting governor of the Northwest Territory and first governor of the Mississippi Territory. A Harvard graduate and a Federalist, Sargent served as an officer in the Revolutionary War. During his term as governor of the Mississippi territory, he was generally unpopular and was replaced in 1801. However, he chose to remain in Mississippi and lived at Gloucester Plantation in Natchez, where he enjoyed a comfortable life. On June 9, 1820, Judith Sargent Murray died in Natchez and is buried at Fatherland. Her brother, Winthrop, died at sea in the Gulf of Mexico just six days earlier. 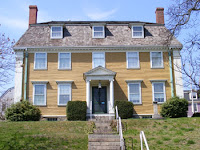 Much of Murray’s life would be unknown today had it not been for the rediscovery of her papers by a Unitarian Universalist minister in Natchez. Long presumed lost or destroyed, the papers were found intact at Arlington in Natchez and are now part of the collection at the Mississippi Department of Archives and History. In addition to her papers, her home in Glouchester, Massachusetts (left), is now a museum highlighting her life and the role of John Murray in Universalism. Built in 1782, the house museum also includes a collection of original works by portrait painter John Singer Sargent (1856-1925), a descendant of the Sargent family.