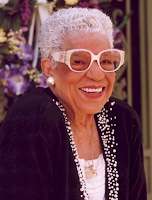 Gladys Noel Bates, born March 26, 1920, in McComb, Mississippi, was raised in Jackson. She attended Alcorn A&M College (now Alcorn State University), earned a B.A. degree from Tougaloo College and a Masters degree from West Virginia State University in 1952. In 1938, Gladys Noel married John M. Bates, a native of Alabama and also a graduate of West Virginia State College. After joining the coaching staff at Alcorn, he completed his Masters degree in 1941. Both John and Gladys Bates then became teachers.

In the early 1940s, the Bates moved into her parent's house in Jackson. Andrew Jackson and Susie H. Noel were also college graduates (her mother graduated from the University of Chicago). Hired as a teacher in Jackson, Gladys Bates taught at Smith Robertson Junior High School. At the time, salaries for black teachers in Mississippi were half the salary of white teachers and in some school districts the percentage was even lower. Pay scales were entirely based on race. Wishing to change the discriminatory practice, the Mississippi Association of Teachers in Colored Schools (MATCS) quietly discussed the possibility of filing a lawsuit for equal pay with NAACP leaders. Because John and Gladys Bates (and the Noels) were already active in the Jackson NAACP chapter, she was approached about taking on the issue. 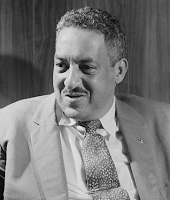 Before filing the lawsuit, all parties had to keep the effort secret, as Mrs. Bates would be fired from her teaching job (or worse) if word got out about the lawsuit. At the time, the chief counsel for the NAACP was Thurgood Marshall. Marshall (left), who would later become the first African American appointed to the U.S. Supreme Court, informed the MATCS that they would need $5,000 on hand to file the suit. To raise the money, membership dues were increased by $1. To maintain secrecy, the funds would be called "a benevolence fund."

With Meridian lawyer James A. Burns on board as the lead attorney, the lawsuit was filed on March 4, 1948. Before the trial began, the attorneys had to convince the judge to refer to Bates as “Mrs. Bates” rather than of “that Bates woman.” Also, the attorneys had few option on where to stay in segregated Jackson, and to opt for a boarding house, sharing meals in private homes. 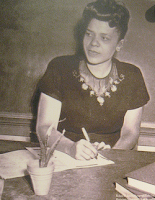 Mrs. Bates and her husband were indeed fired from their teaching positions by the end of the school year and barred from all public school teaching positions in Mississippi. Gunshots were fired through the windows of the Bates’ home and it mysteriously burned to the ground in 1949. One of many similar lawsuits filed throughout the South, Gladys Noel Bates vs. The State of Mississippi was in litigation for four years (1948-51), making it as far as the U.S. Court of Appeals. The U.S. Supreme Court refused to hear the case, ruling that all administrative remedies had to be exhausted before the case could be heard by the Supreme Court. By 1951, however, enough attention had been brought to the issue that equal pay for black teachers was achieved in Mississippi through legislative action.

While equal pay was eventually won in Mississippi, John and Gladys Bates would never again teach in their home state. In 1960, the Bates family visited Denver, Colorado, where both successfully applied to teach in the Denver Public Schools. In 1979, John M. Bates earned his doctorate from the University of Northern Colorado. As residents of Denver, the Bates were active in numerous civic organizations and were recognized nationally for their service in the community.

In 2009, Gladys Bates finally returned to Mississippi, where a historical marker was erected at the site of her parents' house.* Speaking to the audience with tears in her eyes, the Civil Rights pioneer said that never in her wildest dreams could she have imagined the day when Mississippi would honor her. Gladys Noel Bates died on October 15, 2010. Her husband John preceded her in death in 1995, never knowing that Mississippi had finally recognized the sacrifices they had made.

* As one of the invited speakers, I was in attendance at the marker dedication, along with my wife.