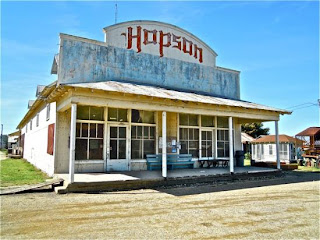 Near Clarksdale, Mississippi, is a place called the Hopson Plantation. A favorite tourist spot for blues aficionados, Hopson Plantation and Commissary is home to the Shack-Up Inn, an "authentic" Delta experience. Although blues history probably attracts most visitors to the site today, Hopson Plantation played a significant role in the 1930s in transforming life in the agricultural south.

From the early days of agricultural development in the Mississippi Delta, the production of cotton drove the economic engine of the region. To get cotton to market, of course, required an enormous amount of physical labor and employed thousands of workers in planting, cultivating, irrigating, harvesting and ginning. Picking cotton by hand was an all-day task; a good picker could perhaps manage 250-275 pounds of cotton a day. With about 1,200 pounds of cotton needed to produce a single 500-pound bale of clean cotton lint for market, the cost of labor was nearly prohibitive when the price of cotton fell, even if workers were barely payed enough to survive. 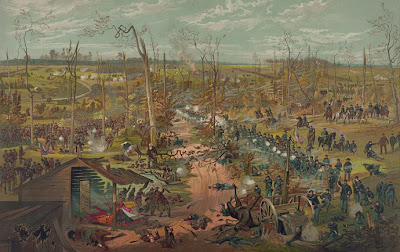 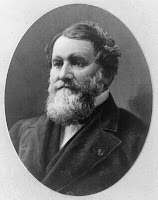 One of the first inventors to produce mechanical farm equipment was Cyrus McCormick (1809-1884), a native of Virginia. McCormick introduced his newly invented mechanical reaper in 1831. By 1847, he began mass production of the reaper in Chicago and founded what would become the International Harvester Company. Not only an inventor and entrepreneur, Cyrus McCormick (right) was a master at marketing his product, and his company produced a series of ads capitalizing on the public's interest in the Civil War, among other topics, by inserting his reaper into lithograph images. An example is a print from the now-lost Battle of Shiloh cyclorama (above) in which the McCormick reaper was strategically placed in the foreground (under the shed). McCormick continued to lead his company until 1880, when his son, Cyrus McCormick, Jr., assumed control. Cyrus McCormick, Sr., died in 1884 after suffering a stroke. By the time of his death, the company had sold approximately six million reapers. 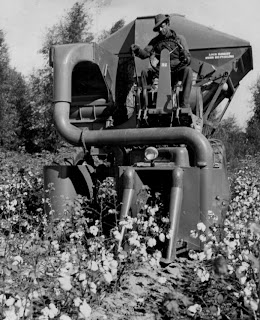 Because of the vast amount of financial interest in cotton, inventors started working on mechanical cotton pickers as early as 1850. By the 1920s, several companies, including John Deere and International Harvester were getting close to commercial production. The 1929 stock market crash and the subsequent fall in cotton prices, however, delayed their plans. As prices gradually improved, interest revived in the picking machines, and in 1935 International Harvester resumed testing of mechanical cotton pickers in the Delta, and chose Hopson Plantation as its testing ground. Another company, the Rust Cotton Picking Co., based in Memphis, was testing similar equipment at the Delta Branch Experiment Station at Stoneville. These tests were conducted by the USDA and Mississippi State, using Rust equipment. At the Hopson Plantation, International Harvester sent teams of German engineers to test and improve the pickers. Testing of various models continued through the late 1930s and early 1940s in what could be termed a 'cotton pickin' war.' These advances in farm technology were not always well-received. A successful demonstration of the Rust picker at the Delta Branch caused an editorial writer in the Jackson Daily News to write that the machine “should be driven right out of the cotton fields and sunk into the Mississippi River,” because of people who would lose their jobs as a result. 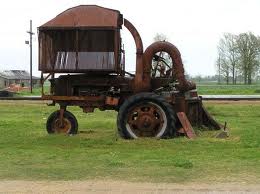 In 1944, International Harvester, the company founded by Cyrus McCormick, won the race and introduced the first automated cotton picker on the Hopson Plantation, making it the first place in the world to grow and harvest a commercial cotton completely by mechanical means. Because of war production, concerns about the loss of jobs were lessened, and mechanized production of cotton and other crops increased dramatically in the years following. Today, of course, almost all farming is done by machine. Like it or not, the successful experiments at the Hopson Plantation changed the way of life in the Mississippi Delta forever.