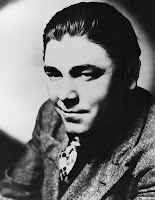 Moses Harry Horwitz was born in 1897 in Brooklyn, New York. The son of Solomon Horwitz and Jennie Gorovitz, he was the fourth of five Horwitz brothers. Although his parents were not involved in the theater, Moses, his older brother Samuel and younger brother Jerome all became entertainers. After graduating from P.S. 163 in Brooklyn, Moses Horwitz dropped out of high school after just two months to pursue a career in show business. He began by running errands (at no pay) for Vitagraph Studios, where he would get bit parts in movies made there. In another effort to get some show business experience, he tried singing in a bar with his older brother, but his father put a halt to that. Unable to make any headway in Brooklyn, Moses Horwitz headed south to Mississippi.

About 1916, Horwitz arrived by train in Jackson on his way to join a performing troupe on board a Mississippi River showboat for the next two summers. There, Horwitz played several roles in melodramas, including the character Simon Slade in "Ten Nights in a Barroom." While most references list the showboat's name as the Sunflower, it is more likely that Horwitz performed first on the Princess and then on Bryant's New Showboat, named for the proprietor, Captain William "Billy" Bryant. Also a native of Brooklyn, Bryant and his family had a long career on various showboats on the Mississippi and other rivers. Bryant’s New Showboat could seat 880 people in its theater. In addition to the theatrical productions, which included Hamlet on occasion, Bryant’s New Showboat was the home to a trained bucking mule named "January." Captain Bryant offered $10 to anyone who could stay on the mule. The photos to the left show Bryant's New Showboat with the Valley Belle, a paddle-wheel tug (top) and a close-up of Bryant's New Showboat (bottom).

Moses' brother Samuel was not at all pleased with his brother going to Mississippi, which he did without his parents' knowledge. Fearing for his brother's safety, Samuel pleaded with Moses not to go to Mississippi, saying "For Christ's sake, I can see you breaking rocks on a chain gang in that malaria-ridden country!" Apparently, another concern of Samuel's was for the vaudeville act, performed in blackface, that he and his brother had developed back in Brooklyn. To cover for his brother, however, Samuel promised to tell his parents that Moses had gone to Philadelphia to work.

After spending a couple of seasons on the Mississippi River and with actual show business experience under his belt, Moses Horwitz headed back north and joined Ted Healy in a vaudeville routine. Later, brother Samuel was added to the cast, along with a violinist named Larry Fine. At first billed as "Ted Healy and His Racketeers," the name was later changed to "Ted Healy and His Stooges," and the rest is history. By the end of their career, Moses, Solomon and Jerome Horwitz, better known today as Moe, Shemp and Curly Howard, produced 220 films including 190 short comedy sketches as "The Three Stooges." Other 'Stooges,' including Larry Fine, were also in the cast over the years. However, it was the core of the three Horwitz brothers that made "The Three Stooges" work.

And it may never have happened if Moses had not gone down to Mississippi. 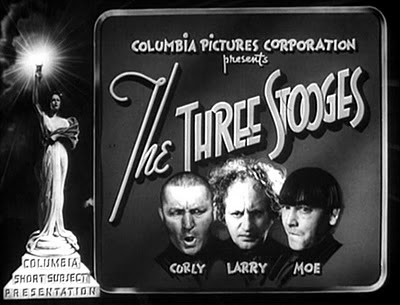