The curious death of Sarah Burns 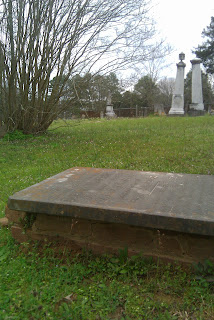 The little community of Sharon, Mississippi, located approximately six miles north of Canton, was once a thriving, bustling town. In addition to all the businesses normally associated with a growing community, Sharon boasted not one but two schools: the Sharon Female Academy and Madison College (for boys). Both schools were supported by the Methodist Episcopal Church, South, and both closed a few years after the Civil War. For the town itself, the choice by the railroad to build the main line through Canton (the New Orleans, Jackson & Great Northern Railroad) sealed the fate of the community and little remains other than the Methodist church and the cemetery. In the Sharon cemetery, there are, of course, numerous reminders of what once was. One grave, in particular, is of interest and has remained a mystery for 165 years. It is the grave of Sarah N. Burns, who died at age 15 in 1847. Reportedly a student at the Sharon Female Academy, one source indicates that she was from South Carolina and had been sent to Mississippi under the care of guardians. Her guardians, however, squandered the funds provided for her care. Whether accurate or not, something tragic happened, as the epitaph on her gravestone attests. It reads: "Her career on earth was short. She was the child of affliction. The protracted illness of which she died was caused by mismanagement and the officious interference of pretended friends. But she passed triumphantly away and her last words were "Come Lord Jesus and take me home / the greatness of the leaf is done / the beauty of the flower is risen / the birds to other climes have flown / and there's an angel more in heaven." As doubtful as it is that these were actually her last words, the pain that accompanied her at the end of her young life still resonates through the years.
Posted by Jim Woodrick at 6:59 AM