Evans Wall and the Swamp Girl 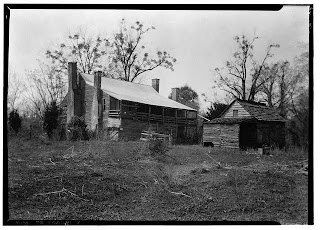 Evans Spencer Wall (1886-1963) was born at Richland Plantation, a cotton plantation near Fort Adams, Mississippi, in Wilkinson County. The plantation house (shown here in 1934) perhaps dates to the late 1700s.  Wall grew up at Richland and lived there with his first wife Violet Ashley and their daughter Betty. Writing about her father’s life on the plantation, Betty Wall Ward later wrote that her father “lived a quiet orderly life,” and that he “clung to old ways in almost seclusion. Food came from the farm and garden, except coffee bought in fifty pound burlap sacks (parched and ground in the kitchen) and flour and sugar in barrels. Dining was formal on Sunday, with the white damask cloth and family silver from England.” Evans Wall lived in this protected environment until 1930. By his own account, Evans Wall was descended from English nobility and was related to both Raphael Semmes, Confederate commander of the CSS Alabama, and Jonathan Letterman, chief medical officer in George McClellan's Army of the Potomac and known today as the "Father of Battlefield Medicine." 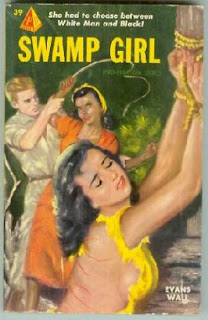 Professionally, he managed to have quite a varied career. He attended Soule' Commercial College in New Orleans for two years, one of the oldest private business schools in the South,  and briefly attended both Tulane Law School and Louisiana State University. He also worked in a series of jobs, including as a deck hand on a steamboat in St. Louis, as a wheat harvester in Wyoming and Montana, a railroader in Oklahoma, an automobile salesman, a deputy sheriff, a newspaper reporter and a lecturer on writing fiction.
A prolific writer, Wall published a book called No-Nation Girl in 1929. The novel attracted enough attention that it was nominated for a Pulitzer Prize. The book is about a white Frenchman who goes to live in the swamps of Louisiana with a black woman. No-Nation Girl refers to their daughter. While the subject of the book was more about the setting of the swamp than about race relations, No-Nation Girl did not earn a Pulitzer Prize because the previous year’s award had also gone to a book about race, and in 1929 that was apparently just too much to ask. In later years, the critically acclaimed novel was republished in paperback form as Swamp Girl with a series of salacious covers. Other novels by Wall include Love Fetish (1932), A Time to Sow (1932), The Marriage Rite (1932), Danger (1933), River God (1934), Lovers Cry for the Moon (1935), and Ask for Therese (1952).

In 1936, Wall's first marriage was “dissolved,” and he soon thereafter married Mary Claire Berthelot, a poet from Louisiana. Wall never returned to Richland Plantation, preferring instead to live in the setting of much of his fiction, the dark swamps of south Louisiana. He died in 1963 and is buried at Roselawn Cemetery in Baton Rouge with his second wife.