Isaac Carman and the 48th Ohio at Vicksburg 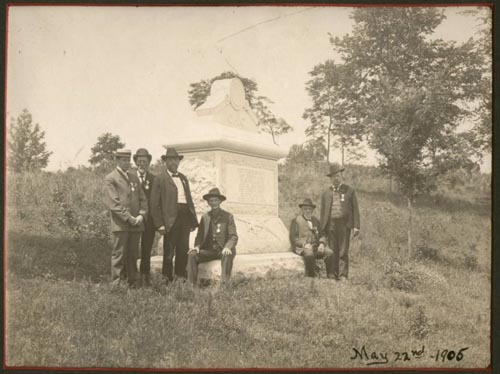 The 48th Ohio Volunteer Infantry regiment (better known as the 48th O.V.I.) was organized in February 1862 under the command of Col. Peter J. Sullivan. The regiment fought at Shiloh, Corinth, Chickasaw Bayou, and in the expedition to Arkansas Post. Engaged in the Vicksburg Campaign as part of Landrum's Brigade, A.J. Smith's Division, XIII Corps, the 48th Ohio fought in all the major battles leading up to the Siege of Vicksburg.

On May 19 and again on May 22, 1863, Grant's Union Army of the Tennessee assaulted the Confederate defenses in hopes of quickly taking Vicksburg. On the 19th, only Sherman's Corps was involved, but on the 22nd the assault included all three army corps. One of the units participating in the assault on May 22 was the 48th Ohio. After an opening artillery barrage pounded the Confederate lines, the regiment, along with other units in the brigade, attacked the fortifications nearest the Southern Railroad (near the present-day Vicksburg NMP Visitor's Center. Men from several units in the brigade, including the 48th O.V.I., captured a portion of the Railroad Redoubt and bagged a number of prisoners. When the 48th's flag, along with those of the 77th Illinois and 22nd Iowa, was planted on the parapet of the fort, the flags immediately attracted the attention of Confederate artillery. Corporal Isaac H. Carman* of Co. A was pinned down near the top of the works and close to the flags. Using his bayonet, he dug in. Nearby, a soldier from the 77th Illinois crawled into a shell crater. Working together, Corp. Carman kept firing into the Confederate lines while the Illinois soldier reloaded their rifles. 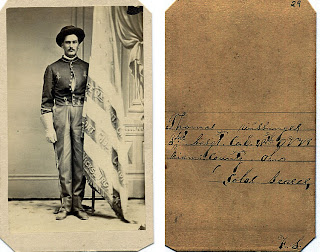 In time, the Confederates, including elements of Waul's Texas Legion, organized a counterattack to retake the Railroad Redoubt. Carman and his comrade from Illinois could clearly hear the voices of Confederate soldiers as they gathered for the attack. Realizing the danger they and the flags were in, Carman ran back under fire to get permission to remove the flags from the parapet. After getting approval, Carman forward and grabbed the 48th O.V.I.'s flag just in time. At the same moment, the Confederates launched their counterattack.

Securing the flag, Carman ran a hundred feet under enemy fire to his regiment. As Carmen later wrote, “How I got down and paced the hundred feet to our ditch, through all that fire, I cannot tell. In my great haste I ran right into the bayonet of one of my own company, who was then in charging position, driving its entire length into my leg and thigh.” Although severely wounded, Carmen planted the flag in front of the regiment as the men of the 48th pulled him into the safety of their lines. Carmen had saved the flag. For his actions that day, Corporal Isaac Harrison Carman was awarded he Medal of Honor. The 22nd Iowa's flag was also rescued. The 77th Illinois flag, however, was captured.

When the monument for the 48th O.V.I. was dedicated on May 22nd, 1905 (forty two years after the battle and six years after the military park was established), Isaac Carman was among the few veterans able to be present. In the photo at the top, he is the third person on the left, with his coat unbuttoned. On the far left is his son. The image below is a photo of the same monument at Vicksburg Military Park today. In the center of the page is an image of Sgt. Thomas William Wissinger, Co. E. Wissinger, from Miami, Ohio, who served as a flag bearer in the 48th O.V.I. He is shown here with the unit's flag, and it clearly includes battle honors for Vicksburg. Please note that he is wearing a distinctive Zouave-style uniform. 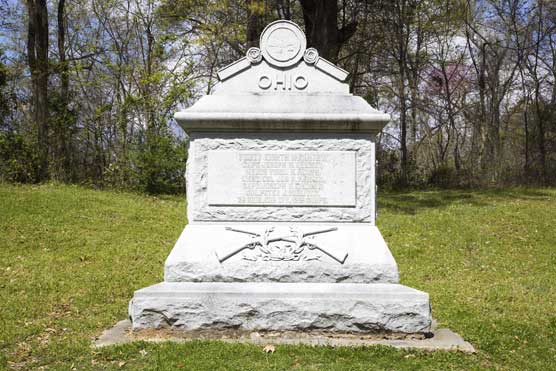 As for the regiment's service following the Siege of Vicksburg, the 48th participated in the Red River Campaign in April 1864, and the entire unit was captured at Mansfield, Louisiana. They were sent to prison at Camp Ford near Tyler, Texas. After being paroled, they were part of the Mobile campaign in the last year of the war, and were finally mustered out in May, 1866. To learn more about the 48th O.V.I., there is a superb website dedicated to the history of the regiment at http://www.48ovvi.org/index.html.


* Carman's name is sometimes spelled 'Carmin' or 'Carmen.' On this tombstone, however, it is spelled Carman. He died in 1919.